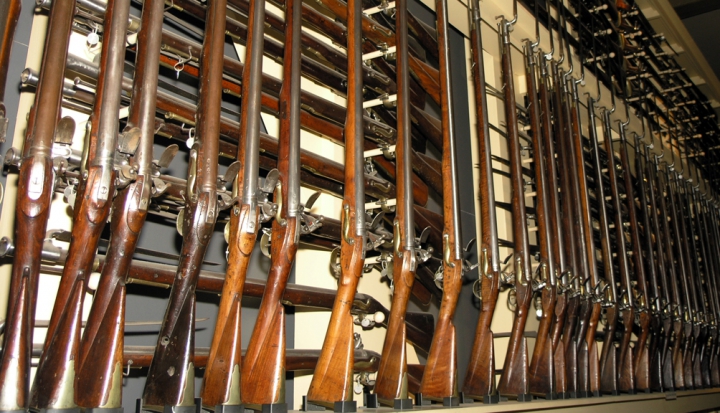 Our nation’s culture of violence is out of control. It’s time to pull the trigger on efforts to reduce gun deaths.

In 2002 Frederick Booker called his mother, Charlene, in tears, saying, “Mommy, somebody shot Charlie and he’s dead.” Booker was referring to his 19-year-old brother, who had been killed by a bullet to the head in Washington. This past May Charlene Booker received another call, this time telling her that Frederick, now 29, had also been killed in a shooting. Both of her children had been lost to gun violence—something no mother should ever need to endure.

Legislators, faith groups, pundits, and the general public are grappling with how to reduce gun violence in this nation, and a number of possible solutions have been proposed: universal background checks, laws to curtail gun trafficking, and a ban on assault weapons and large magazine clips. All of these proposals receive much opposition; the divide on what to do is a serious dilemma. Most people agree that better support for mental health would be acceptable. However, there is controversy surrounding how this would be implemented.

In Matthew’s gospel Jesus tells us to love the Lord our God and our neighbor as ourselves, and to do unto others as we would have others do unto us. These words portray a reality that is starkly different from what we witness in our society. Violent language and actions are now always present in the media—movies, television shows, and video games are filled with them. Just count the number of guns you see any evening on TV.

Opponents of gun control argue that “guns don’t kill people; people kill people.” That is true. However, guns do increase the capacity for killing. And frequently in cases of gun deaths, there would not have been a death had there not been a gun. A heated argument, an incident of stalking, a domestic dispute, a suicide attempt, a crime—each of these situations becomes more lethal with the presence of a gun.

We are horrified that 20 children and six adults were murdered last year by a young man in Newtown, Connecticut who should never have had access to a gun. Yet we remain oblivious to the fact that an average of eight children are killed by guns each day in our nation, according to the Centers for Disease Control and Prevention (CDC). In the five months following the tragedy at Sandy Hook Elementary School, 71 children under the age of 17 were killed by the use of a gun left unlocked and loaded where a child had access to it. Nearly half of homes with guns and children have an unlocked, loaded gun.

Gun violence in the United States far exceeds that of other industrialized nations. A recent study by the CDC found that:

• 87 percent of the children under age 15 who are killed by guns live in the United States.

• The gun homicide rate in the United States for teens and young adults ages 15 to 24 is 42.7 times higher than the rate for all other nations combined.

Children are not the only ones who are victims of gun violence. In the spring of 2013, the Center for American Progress reported that homicide by gun in the United States is approximately seven times the rate in 22 other high-income countries. Additionally, 85 percent of suicide attempts with a firearm are fatal, whereas other means of attempting suicide have only a 5 percent fatality rate.

Just as there are many factors which contribute to gun violence, a complex set of actions is required to reduce the effects of this violence. The first step—and one that 90 percent of Americans polled since the Sandy Hook tragedy agree on—is to implement universal background checks.

It is critically important that background checks do more to keep guns from criminals, stalkers, and those with a history of domestic violence or mental illnesses with violent tendencies. Unfortunately, large loopholes in current law result in only 60 percent of gun sales requiring checks. Those who have less than responsible reasons for obtaining a gun know how to escape a background check. Methods include obtaining them through gun shows, independent sales, and from traffickers.

Legislation has played a significant role in mandating more comprehensive background checks. Seven states—California, Connecticut, Hawaii, Massachusetts, Minnesota, New Jersey, and New York—currently require fingerprints to be run as a part of their background checks. Not surprisingly, some of these states are among those with the lowest instances of gun violence. This provides evidence that restricting access to firearms reduces gun violence, and with stricter background check laws on a federal level we would see a decrease in gun violence across the country.

Of course, many people keep guns in order to protect themselves or their property—the argument that the best protection against a “bad guy” with a gun is a “good guy” with a gun. However, according to the Center for American Progress, in the past 10 years more than 90 percent of police officer deaths resulted from assaults involving firearms.

Only restricting access to firearms won’t solve our nation’s gun problem. Across the states there are many different laws about who can buy what kinds of guns and where they can purchase them. It should not be surprising that these laws are broken frequently, though they are just as essential as background checks in keeping the public safe. Gun traffickers knowingly violate laws by bringing guns into an area and selling them to persons who would likely have been denied access by a background check.

Police forces in many states are terribly underfunded, which reduces their ability to track illegal guns. Better funding of police forces is needed to enable them to better track down these guns and those who sell and possess them.

We must also ask why we permit civilian ownership of high-capacity, semiautomatic firearms similar to those used by the military. A Gallup poll found that most guns are obtained for protection, target shooting, and hunting. However, assault weapons, which make up less than 2 percent of guns in the United States, are too visible to carry, too unwieldy to have in the home for protection, and too inaccurate for hunting or target shooting.

They also increase the chances of accidental shootings. Large magazines allow for rapid shooting that becomes less accurate with each shot. This makes it more difficult to ensure that a person moving through your home is an intruder and not a member of the family coming home late. During a ban in place from 1994 to 2004, we saw a 45 percent reduction in crimes committed nationally with traced assault weapons.

While it may never be possible to guarantee 100 percent safety in gun use, there are ways to make gun ownership safer. Gun safety classes and training sessions should be required for everyone who wants to buy a gun before they make a purchase. This would reduce the risk of accidents. Still, some contributing factors to gun violence are beyond the scope of safety classes or even new laws. Additional funding needs to be provided so mental health professionals can be available to those struggling with a tendency toward anger, fear, and violent outbursts—particularly children and young adults.

Our nation has become mired in a culture of violence as a way of solving problems nationally as well as internationally. Much of this violence comes from fear: fear of uncertainty, fear of not being in control. Trust in neighbors and trust in government have been eroded. When people want to protect themselves, their families, and their fortunes, too many turn to guns.

There is no policy to prevent fear. But we can take it upon ourselves to love our neighbors with a newfound intention. If we as a society were to live every day exhibiting the universal love and concern we now show only for victims of catastrophes, the culture of fear that has become accepted as normal might start to erode, transforming us into a culture of people who love our neighbors. This is the time when we must live the gospel.

1. Every American has the right to use a firearm to defend him or herself.

Representative of “other”:
“Every American can legally own a gun for any reason.”

2. I own at least one firearm.

3. A legitimate reason for private citizens to own guns is:

90% – Hunting or shooting for sport/recreation.
72% – To maintain a gun collection as a hobby.
64% – Guarding their home against criminals.
48% – Self defense outside the home.
38% – To defend themselves and their property against the government.
8% – There is no legitimate reason for civilians to have guns.
7% – Other

Representative of “other”:
“Not all people who need mental health services are violent.”

5. Gun control only punishes law-abiding citizens, because criminals will obtain guns regardless of the laws.
44% – Agree
52% – Disagree
4% – Other

7. I see gun control as a pro-life issue.

8. The institutional church on the issue of gun control should:

36% – Leave the laws up to the government, but focus on violence prevention programs or increased availability of mental health services.
34% – Actively lobby for more gun control laws.
10% – Vocally defend the rights of gun owners and oppose stronger gun control laws.
10% – Stay out of this issue entirely.
7% – Only concentrate on safety and violence prevention within its own institutions.
3% – Other

The response of the Catholic community to gun violence should be…

Outrage. Catholics should never stand for this kind of violation of the dignity of human life.

Support of the families affected; prayer; and working toward a ban on assault weapons.

To get involved and give an opinion. This is another case of the silent majority not speaking up.

To support adequate legislation that would keep firearms out of the hands of criminals and those mentally unfit, and also support measures to reduce violence in our society in general.

Preaching, teaching, and practicing the non-violent ways of Jesus.

“Love your enemies…love…love…” Love and non-violence is the message of Jesus of Nazareth. There is no room for hatred and guns in that discussion.

To advocate for better gun laws as part of the seamless pro-life movement.

Prayer, and to lobby for strong violence prevention programs and increased availability of mental health services.

To offer solace and sympathy to victims.

To help people in violent communities discover a path of love and peace.

We should use Great Britain as an example. Not even the police are armed there.

While I was in the army I learned to fire many types of guns. Like many human endeavors, it takes education and routine practice. Many people are driven to buy guns out of fear. After they purchase it they may have training and take it to a shooting range, but then they just put in a drawer or closet. It may be years before they take it to a range again. Would you like to get a ride from a person who passed their driver’s test five years ago and hasn’t driven since?

As a trauma nurse, I feel strongly about the imperative for stronger gun control legislation. Sadly, many nurses strongly oppose any limits at all on the availability of guns, including assault weapons, which I find confounding. One overnight shift at the ER I worked at in downtown Detroit, witnessing the horror of those killed or wounded by gunshot wounds, might change the hearts and minds of nurses and of church leaders who support gun ownership and inspire them to work for gun control.

Results are based on survey responses from 297 USCatholic.org visitors. 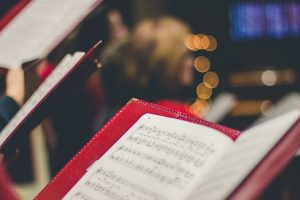