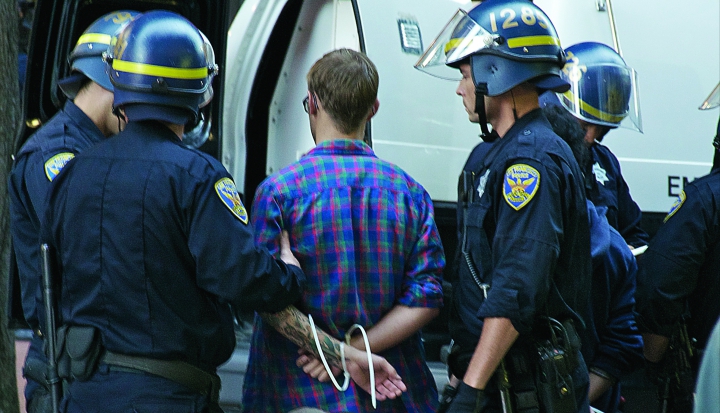 The war on drugs isn’t working. In fact, it is making the problem even worse.

In May President Barack Obama signaled the beginning of the end of the war on terror, at least in a predominantly militarized form, during an address that attempted to balance encroachments on civil and human rights created by the nation’s anti-terror crusade against the legitimate, reasonable needs of security and tranquility. Is it time for the president to stand before the nation and make a similar speech about another war it has been waging, the horizonless war on drugs?

A report released in May from the Organization of American States (OAS) makes a case for important tactical shifts in this vast war. Accessing the real-world outcomes of a hemispheric effort to contain the drug trade, the OAS report calls for new and more flexible thinking about how best to respond within and across borders to drug trafficking.

The United States has been at war with drugs for more than half a century. It has spent billions of dollars in local and federal interdiction and billions more assisting governments in Latin America in attempts to snuff out the trade at its source.

The OAS report points out that despite some successes—many short-lived, as production suppressed in one state simply shifts elsewhere—demand in the drug-receiving nations, primarily the United States, remains strong. Narco-traffickers meanwhile have been enriched and empowered precisely because of the illicit nature of the trade, propelling a contagion of corruption and violence throughout North and South America.

If one applied the precepts of just war theory to the war on drugs, how well would its rationalizations hold up? Drug use might be best considered a spiritual and medical problem arising out of hopelessness and clinical addiction. How then can military and police forces be accepted as the primary authority for combatting drug use?

After decades of combat, can there remain a legitimate anticipation of success in this war? There can be no winning if victory is measured as disruption in drug trafficking so severe that it chokes off supply to U.S. demand. The appetite of millions of Americans for marijuana, cocaine, and even harder drugs has not abated, and, despite costly efforts to intercept drug flows, traffickers continue to evolve novel means of production and delivery.

Are the possible harms engendered by the war worse than the harm it is meant to alleviate? In recent years the drug war has taken a brutal turn: More than 60,000 have died in Mexico alone as military assaults and fighting over turf has trapped thousands of civilians in the cross fire. Meanwhile police, government, and banks in Latin America have become compromised because of corruption encouraged by the futility of the conflict.

Social and educational services also are sacrificed to finance the war, and legions of citizens whose involvement with drugs might be better deterred with treatment or job opportunities end up in prisons. Central American states that serve as transit points for illicit substances on their journey north have been traumatized by crime. And spillover supply nurtures regional addiction, burdening already limited health systems in these low-income nations.

Is the response proportionate to the problem? The vast government expenditures on the militarization of the drug problem mean fewer resources for “soft” responses aimed at reducing demand. The United States has the highest rate of incarceration in the world with more than 2.3 million citizens locked up, nearly one-third because of drug offenses—an effect disproportionately felt within the nation’s African American community.

The ultimate goal of a just war is to reestablish a peace that has been broken. America’s war on drugs is having the opposite effect, disseminating violence and chaos far from the suburban homes, city nightclubs, and college dorms where illicit drugs are used. It is time to repatriate and redefine the fight against drugs before many more lives are lost in a war that cannot be won.