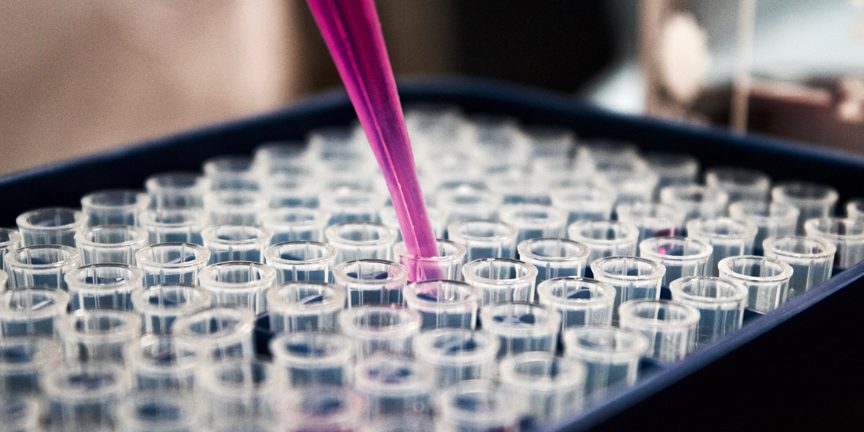 Fifty years after the opening of the Second Vatican Council, the church faces new challenges. In this final installment of a three-part series, Father Myles Sheehan talks about why the promise of advances in biology and medicine need to be coupled with the insights of faith and reason.

What does it mean to be human in a time when advances in biological science, technology, and medicine have the potential not only to improve existence but also to alter the very fabric of our genome and bodies?

Almost every aspect of our lives is now open to manipulation: modifications before conception; interventions in the creation of human life; and techniques to diagnose, treat, or destroy life prior to birth as well as fundamentally new ways of potentially enhancing our human existence. Even at the end of life, there are multiple ways to prolong existence as well as a growing acceptance of the deliberate taking of life.

In its pastoral constitution Gaudium et Spes, the Second Vatican Council foresaw the promise and peril in these developments: “Influenced by such a variety of complexities, many of our contemporaries are kept from accurately identifying permanent values and adjusting them properly to fresh discoveries. As a result, buffeted between hope and anxiety and pressing one another with questions about the present course of events, they are burdened down with uneasiness. This same course of events leads [people] to look for answers; indeed, it forces them to do so.”

Fifty years later, the need is even clearer for an urgent and learned dialogue that connects the interventions of biotechnology to a concept of moral responsibility and a vision of human development that balances our spiritual nature with its manifestly biological character.

Two qualities should characterize this dialogue.

First, it has to rest on mutual respect and a willingness of those who start from differing positions to accept each other as informed, honest, and genuinely engaged in the search for what is good.

In his encyclical Caritas in Veritate Pope Benedict XVI asks, “Is man the product of his own labors, or does he depend on God?” In light of today’s scientific discoveries and possibilities of technological intervention, the pope sees “a choice between . . . reason open to transcendence or reason closed within immanence.” He is convinced that only together can reason and faith save humanity. “Entranced by an exclusive reliance on technology,” he writes, “reason without faith is

doomed to flounder in an illusion of its own omnipotence.

Faith without reason risks being cut off from everyday life.”

The church, in this dialogue, will remain tenacious in its defense of human life and truth that is accessible to human reason and grounds our most fundamental insights in ethics. But the church must also acknowledge that the increasingly complex nature of biological interventions requires a careful assessment so that significant progress in the scientific understanding of human life is not misunderstood and treated with suspicion or condemned because of inadequate knowledge.

Those who cling to one side of this debate without a deep regard for the other risk arrogance, narrow vision, ignorance of human experience, and deafness to the cries of both those whose lives can be made better by advances in biotechnology and those who have suffered from eugenics, abortion, euthanasia, and discrimination for not meeting others’ expectations of what is considered a life worth living.

Second, genuine dialogue that respects the importance of science and the many conflicting desires of humanity, as well as the data of natural law and our faith in Jesus Christ, will require participants who are deeply and broadly educated in the biological sciences, philosophy, theology, and ethics.

We wish to engage people of faith who understand science and those who may not share the faith but are honest in their desire to engage and learn.

Too often in my medical career I met Catholics whose ignorance of biological sciences and biomedicine made them reach false ethical conclusions. Likewise, too often I met scientists and physicians who mistakenly assumed that the Catholic position was the most restrictive and narrow. To this end Catholic and secular universities should provide rigorous training that does not scorn the insights and challenges of faith or the possibilities and potential of biotechnology and biomedicine.

Fifty years after Vatican II, any church statement on matters of bioethics will risk being premature and misunderstood by an increasingly secular world unless it is the result of an informed and sincere collaboration with people of good will and opposing viewpoints. Only in this way will the church be true to both reason and faith in the goal of saving humanity both from illness and avoidable suffering as well as from pursuing the possible while losing the uniquely human.

This article appeared as part of a series celebrating the 50th anniversary of the opening of the Second Vatican Council. To read more of today’s scholars on the signs of the times, click here. The final installment of the three-part series appeared in the December 2012 issue of U.S. Catholic (Vol. 77, No. 12, pages 22-26).

Father Myles Sheehan, S. J. is the provincial of the New England Province of the Jesuits. He previously served as a senior associate dean and professor of medicine at the Stritch School of Medicine of Loyola University of Chicago.