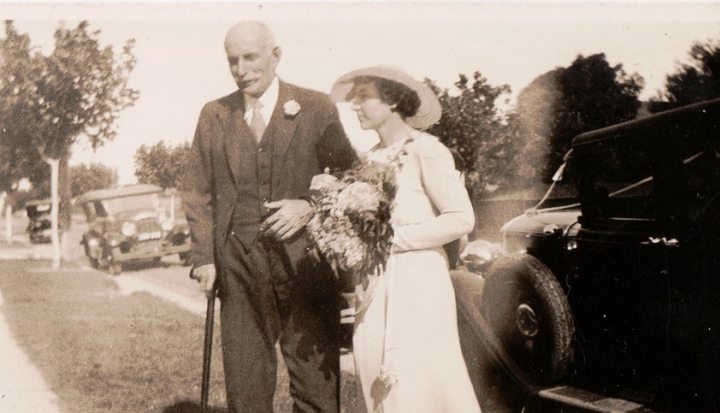 Before the obligatory “Ave Maria” and a crazy aunt leading “YMCA” at the reception, guests at a Catholic wedding witness “a covenant by which a man and a woman establish between themselves a partnership of the whole of life and which is ordered by its nature to the good of the spouses and the procreation of children.” But this was not always the case. For more than a thousand years of church history, this idea of marriage faced plenty of healthy competition.

Jesus lived and preached in a world that saw marriage primarily as an economic contract. Jews considered marriage a commandment, but one intended to benefit the wider community by ensuring stability and economic prosperity.

Proverbs 31, today proclaimed at weddings as a poetic tribute to wifely virtue, would have sounded to its original audience like a job description. Can she oversee slaves? Does she understand viniculture? Can she spin both wool and flax? Not only were these skills worth more than rubies, they were far more practical.

By contrast, early Christian communities promoted celibacy and often scorned marriage, since marrying and establishing a household distracted people from preparing for the kingdom of God. Still, limiting the community to only celibate followers had some obvious drawbacks. Instead, early Christians outlawed divorce, polygamy, and incest.

Attempting to find a role for marriage that did not conflict with their communitarian ideals, some early Christian writers suggested that marriage “has been raised by Christ the Lord to the dignity of a sacrament” because Jesus performed his first public miracle at a wedding.

The fifth-century Council of Florence declared, “The seventh sacrament is marriage, which is a figure of the union of Christ and the church.” This declaration, however, was issued to clarify the relationship between Christ and the church. Thanks to its societal ubiquity, marriage was a handy metaphor.

As the church grew, it struggled to accommodate the marriage practices of its swelling ranks of converts. Clovis, the first Christian king of France, praised by church chroniclers for his piety and wisdom, never abandoned polygamy.

A ban on clerical polygamy was enacted only in the eighth century. Byzantine emperors routinely asked the church to invalidate the marriages of powerful rivals, and jilted parties were forced to receive another sacrament, holy orders.

During the 16th century Protestants considered the church’s evidence for sacramental marriage flimsy. Christ’s miracle was turning water into wine; he just happened to do it at a wedding. It was this challenge that forced the church to clarify its understanding of marriage.

Fifteen hundred years after Cana, during the seventh session of the Council of Trent in 1547, sacramental marriage became part of canon law. Centuries of local tradition, political interference, and conflicting religious opinions over what constituted a valid marriage faded as this critical change finally enabled the church to rule more consistently and effectively on marriage questions.