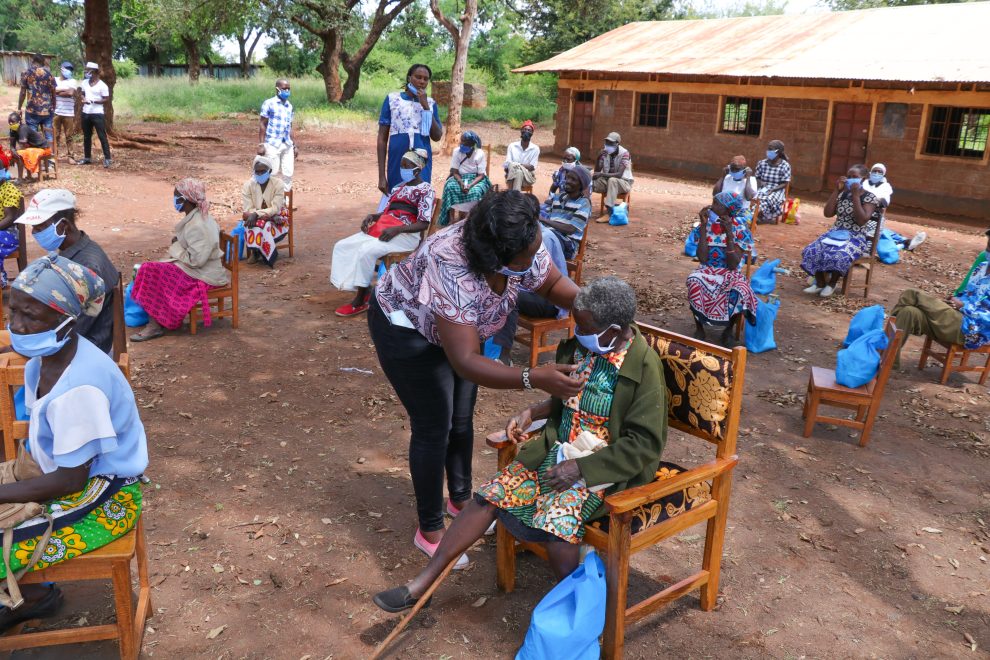 Fifty years after the game-changing Second Vatican Council a new generation helps the church respond to today’s signs of the times. Father Benezet Bujo challenges us to consider the context of HIV-AIDS in Africa and to find meaningful solutions.

The church as family is the place where all members give to each other and nourish together the gift of life.

This sentence touches the core of the African understanding of church as it has been developed since the first Synod of Bishops for the black continent in 1994. In this context the African term for family goes beyond the Western concept and encompasses all family members—those currently living as well as the dead and future generations. It is in this larger sense that we approach the problem of HIV-AIDS.

For an effective response to this epidemic it is crucial to be mindful of the African view of health. In this approach, being healthy or sick always depends on human interrelations. Even one’s everyday greeting is neither neutral nor just a polite phrase. What people inquire about is the well-being of the person they encounter as well as that of his or her family, including possessions, particularly his or her herd of cattle.

When people ask, “How are you?” they don’t use the singular but the plural pronoun. The plural greeting is used even when meeting strangers, because one knows that if one member is (physically or mentally) ill, the life of the entire community is affected.

On the other hand it is also believed that a person’s illness can have its cause in the community itself. It may stem from someone’s unfavorable disposition toward me, that someone may begrudge me my life or may “eat up” my life’s energy. Illness and sin are often seen to be integrally connected.

That also touches on the problem of HIV-AIDS: An effective response to this immune deficiency disease within the African context requires a reorientation toward community solidarity. Human interrelations are of particularly great importance when it comes to this epidemic.

And when we are talking about illness and sin, we are not primarily talking about the sixth commandment but about violations against the ubuntu (the African concept that sees one’s own full humanity as inextricably tied to one’s relatedness with others and the environment). For, as mentioned, being sick in Africa assumes that our relationship to the visible world, the invisible world, or both has somehow gotten off track.

To help a patient get well, it is therefore not enough to give him or her medicine. It is much more important to discover and expose the deeper roots of the evil within the larger community. That can lead to a reconciliation not only with the individual who may be identified as the direct cause, but also within the three-dimensional (living, dead, and not-yet-born) community, with the entire cosmos, and even with God.

The effectiveness of the medicine will then also depend on this reconciliation rite, in which all members review their relationships with each other, the cosmos, and God and rebuild the destroyed harmony.

Traditionally the African understanding of community was generally focused on the most immediate environment in one’s daily life, but today the horizon has become global. Particularly with respect to HIV-AIDS, we need to consider responsibility on all levels. The spread of this epidemic truly does not depend on an individual; it is very much a “community disease.” And so the accountability for it reaches beyond the local population and must encompass the entire world.

The increasing interconnectedness resulting from today’s globalization is not free of all guilt, considering how unjust economic structures are multiplying the danger of the deadly virus spreading in Africa and other parts of the Third World.

Indeed, in most African countries the people live in situations of indescribable economic misery that are caused by their own elites with the strong support of international economic powers. The risk of infection is therefore not only connected to the population’s uncontrolled sexual behavior, but because of socio-political and economic conditions it is simply impossible to take the necessary technical steps to protect the people most at risk.

Because of the general lack of even basic infrastructures, sometimes merely getting a shot against fever or malaria can lead to a fatal infection, as the same syringe is used on many different patients without sterilization.

That means that the first priority in the fight against HIV-AIDS must be to work for human dignity and more adequate living conditions for all—a task both for church and state.

The church in Africa has undertaken many admirable efforts to convey to AIDS patients that they are not “throw-away people,” but have the full rights to the ubuntu. That’s not only a technical question or about finding the right medicine; rather, the technical and medical aspects need to be combined with the ministry of a human face.

This is where the theology of church as family, which has been developed over more than a decade, can provide a valuable inspiration. In particular, the small Christian communities in many dioceses are already playing a vital role in this task.

Women and men who are devoting themselves to the care of HIV-AIDS patients see it as their African Christian duty to serve as a healing community for them.

By their actions they are, in effect, realizing the African anthropology of community, according to which every human can only receive the ubuntu through his or her fellow human beings. Even in illness, a human person can maintain his or her personhood only when there are other people who “conceive” and “birth” him or her anew.

Father Bénézet Bujo is a diocesan priest from the Democratic Republic of the Congo and professor emeritus of moral theology at the University of Fribourg, Switzerland. He is the author of African Theology in Its Social Context (Wipf & Stock, 2006).