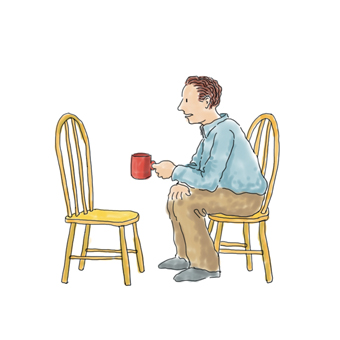 Fifty years after the game-changing Second Vatican Council a new generation helps the church respond to today’s signs of the times. John Wilkens asks, What can the church do for young people?

Teenagers are flooding out of our churches. They used to come back later in life, but now they often do not. Dialogue in the style of the Second Vatican Council, rather than laying down the law, is the way to evangelize them. The church is on their side, seeking to teach all men and women of good will how to be fully human through following in the steps of the Lord.

Recently I saw the Catholic Church at its best. It was the occasion of my youngest godson’s first communion. I remember that day as one of those rare times in life which are purely and simply happy. But I am conscious that he will soon enter his teenage years, and that the sacrament of confirmation, offered at 13, is colloquially known as the “sacrament of exit.”

When I entered the Catholic Church in 1965, at the close of Vatican II, there were 2 million Sunday Massgoers in England and Wales. Today, despite the influx of Catholic immigrants from Poland, Lithuania, the Philippines, and elsewhere, there are no more than a million.

I once challenged the late Archbishop of Westminster, Cardinal Basil Hume, about this decline. If the church were a business firm, I said, he and his directors would all have been sacked, wouldn’t they? It was not the church which had failed, the cardinal replied, but the culture which had succeeded. Shopping was the new religion.

Ever since the sexual and social revolution of the ’60s, it was inevitable that the hold of the Christian churches of the West would loosen. Back in 1971, then-Professor Joseph Ratzinger, now Pope Benedict XVI, forecast in his book Faith and the Future (Franciscan Herald): “From the crisis of today the church of tomorrow will emerge—a church that has lost much. She will become small and will have to start afresh more or less from the beginning. In contrast to an earlier age, she will be seen much more as a voluntary society, entered only by free decision.”

The pope once said that, as theologians, it was as if he and his countryman Karl Rahner lived on two different planets. Yet the Jesuit theologian’s analysis was virtually identical. “We are at the beginning of the little flock,” Rahner said in his book The Shape of the Church to Come (Crossroad), published around the same time. Rahner, however, adds a crucial warning. The “little flock” does not mean “little sect.” The little flock is called to profess the Christian faith and the cross, not to defend “cozy traditionalism and stale pseudo-orthodoxy,” not to live “in fear of modern society.”

My godson lives within the culture, as we all do. As a teenager he will question rules and regulations, develop his own conscience, and seek to find his own path, as Vatican II encouraged him to do. The council stressed the individual responsibility of all the members of the church, the “people of God.” The latter phrase is its favorite image, and if the hierarchy has now lost sight of it, the laypeople have not.

The council was another time when I saw the Catholic Church at its best, displayed before the whole world. In keeping with Rahner’s injunction, the council’s view of modern culture was the opposite of sectarian. The faithful should “live in very close union” with the people of their time, the bishops urged in Gaudium et Spes, the Pastoral Constitution on the Church in the Modern World. They sought to grapple positively with the inheritance of the Enlightenment and the scientific revolution. They launched a new self-understanding of the church as a pilgrim with all humanity. They distanced themselves from the disapproving church of “the long 19th century.”

But the council was not naively optimistic. “A monumental struggle against the powers of darkness pervades the whole of human history,” it said.

What I would wish for my godson is a glimpse of the huge excitement—joy and hope indeed—which overtook so many of us during the council and in the decade that followed. Even now the words of Pope John XXIII as he opened the proceedings ring in my ears. He sometimes had to listen, he said, to people who saw nothing but “prevarication and ruin” in modern times. He went on: “We must disagree with those prophets of doom.”

The church should encourage its young people to study the vision set out in the council documents and the change in tone that runs through them, as the Jesuit church historian John O’Malley has described: from commands to invitations, from laws to ideals, from monologue to dialogue, from hostility to friendship.

We need to return to the council fully—and perhaps more effectively in view of the stringent critique to which the conservatives have subjected it. Meanwhile, despite the sins and failings of its individual members and its priesthood, the church always has a trump card—its Lord, whom we know from its preaching and teaching and sacraments. I shall try to help my godson hold on to that.

John Wilkins edited the London-based international Catholic weekly the Tablet from 1982 until his retirement in 2003. 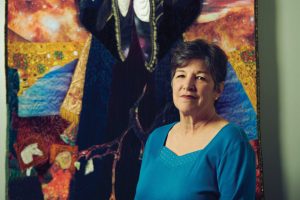