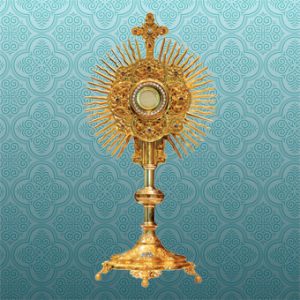 “President tries to woo evangelical vote.” “Evangelicals condemn biblical scholar.” While there are no shortage of headlines that include the word “evangelical,” writers rarely make clear what they mean by the term.

Evangelicals embrace beliefs that many other Christians—including many Catholics—share, such as the authority of scripture and the centrality of personal faith in Jesus Christ. So what makes them distinct?

The word “evangelical” is taken from the Greek word euangelion, meaning “good news,” the message of Jesus. Martin Luther described his new movement as “evangelical” to stress its connection to the Bible.

The term came into broader use in the 18th century, when it was used to describe movements within established churches that called for deeper personal conversion and a commitment to social reform. Brothers John and Charles Wesley led such a movement, known as Methodism, that eventually split off from the Church of England.

George Whitfield helped bring the new movement to the American colonies in the 1740s. His preaching helped spark the first Great Awakening, a religious revival that encouraged the growth of a more emotional, individualistic, and decentralized form of Christianity. As the newly formed United States expanded westward, “circuit riders” would travel from town to town on horseback, encouraging anyone who would listen to commit their lives to Christ. During the 19th and 20th centuries, evangelicals were in the forefront of many movements for social reform, such as abolition and temperance.

Evangelical Christianity is not to be confused with “fundamentalism.” The original fundamentalists were early 20th-century Christians concerned that modern biblical criticism was undermining important Christian beliefs. They defended a set of five “fundamentals” that they saw as non-negotiable Christian beliefs: divine inspiration of scripture, the virgin birth, the resurrection, the death of Christ as atonement for sin, and the historic truth of Christ’s miracles.

While sharing some of the theological conservatism of fundamentalists, evangelicals have been more interested in engaging the broader culture. The paradigmatic figure of 20th-century evangelical Christianity was Billy Graham, who combined the dogged persistence of a circuit rider with a sophisticated understanding of the power of television and radio. More recently, evangelical pastors have set up shop in gymnasiums and movie theaters in an effort to attract people put off by more traditional-looking churches.

If there is a common thread that binds together the history of evangelical Christianity, it is a conviction that Christians must be willing to set aside older institutions and methods if they are no longer effective at communicating the gospel. While such an approach may displease those with an attachment to tradition, one can argue that it is both characteristically and quintessentially American.