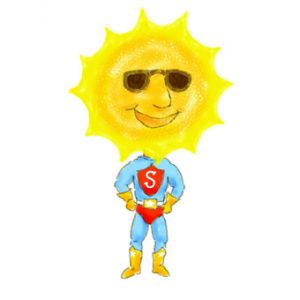 The energy policy of the future should be sung to the tune of “Here Comes the Sun.”

Events out of Japan persist in an irradiated gloom. The disaster unfolding in Fukushima Daiichi represents a level of calamity for which adjectives have yet to be invented. It’s quite possible that in the end, in a replay of the Chernobyl disaster, areas around the plant may not be suitable again for human habitation.

You would think such a wretched outcome might give a prudent observer pause, but among energy policy wonks and boosters of bipartisanship in the United States the refrain remains the same: Nuclear energy, our long-time power pinch-hitter, still waits on deck.

Yes, renewable energy sources sure would be nice, these guys will assure you, but, shucks, for the foreseeable future, America has no choice but to power its industrial output and middle-class lifestyle via reliable fossil fuels: natural gas, coal, oil—and the dangerous atom.

Let’s put aside for a moment that this self-serving position is supported in Washington with cash from traditional energy corporations. Let’s ignore the fact that these energy sources look economically efficient compared to renewable energy only if you completely discount the industry’s many subsidies and neglect to include in the price its diseconomies: degradation of land, water, and air; poisoning of cattle and people; climate change; the potential for 20,000 years or so of nuclear contamination; etc.

What if renewable energy were already cost-competitive with the national grid’s traditional sources of power? Wouldn’t it make the most sense, observing the precautionary principle, to maintain a preferential option for renewable energy?

One leftie, Birkenstock-sporting news source, Bloomberg Business News, reports that solar energy’s time may have already arrived. Turns out part of the reason solar power has never compared well to fossil-fuel generated energy has been a fundamental misassumption about how to price the power. The costs of solar are often overstated because they include prices paid by consumers and small businesses who install roof-top power systems instead of the rates utilities charge each other to produce power. This is like comparing a utility plant’s apples to your Aunt Betty’s oranges.

According to Bloomberg solar production is already viable against fossil fuels in the world’s sunny regions. A solar infrastructure boom has begun and industry executives, perhaps with too sunny a perspective, are predicting solar capacity to double by 2013 after quadrupling since 2008.

General Electric, noted hippie energy naturalists, are constructing the nation’s largest photovoltaic panel factory with a goal to build enough panels to produce 400 megawatts of power each year. Government initiatives, like California’s commitment to producing a third of its energy via renewables by 2020, will help drive down solar’s overall costs even further.

As a big fan of good stewardship, the church has already found practical ways to endorse a light switch to renewable power, installing solar panels at the Vatican and committing the Curia to carbon neutrality. Pope Benedict XVI has frequently added personal insight on what could be called the spirituality of sustainability.

In 2008 he warned: “The brutal consumption of creation begins where God is not, where matter is henceforth only material for us, where we ourselves are the ultimate demand, where the whole is merely our property and we consume it for ourselves alone.”

Here in the United States, the Catholic Climate Covenant (catholicclimatecovenant.org) offers training for “climate ambassadors” to take its message of good energy stewardship to U.S. parishes.

No energy source is without its problems, but we may be able to dispense with the biggest obstacle to solar power, a rhetorical barrier that proposes it is prohibitively expensive. So when we look for paths ahead to modernize our energy grid and get the fossil fuels out of our economy, our politics, and our foreign policy, let’s just say no to atomic energy’s planned second coming, and let’s start building a sustainable grid that’s a true investment in the future.