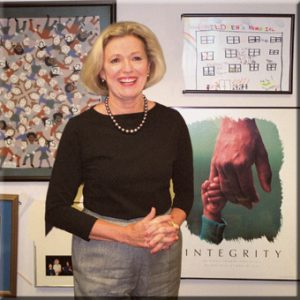 Despite the steps taken to protect children in recent years, Justice Anne Burke says that recent development suggest little has changed for the hierarchy.

Just when it appeared that the fallout over the abuse scandal in our own nation could not get any worse, the other shoe dropped in Philadelphia. A large number of accused clerics had never been removed from active ministry by either the past or current archbishop of Philadelphia.

After years of investigation, inspection, and research, it turns out that the cover-ups have been further institutionalized. Among the indicted is a monsignor who is accused of turning a blind eye to things in his chancery office. Of course, to blame a clerical official for such deviousness without accusing his archbishop presents a mistaken analysis of how the church works.

A recent rite of repentance staged at Philadelphia’s cathedral offered a curious response to how local Catholics felt. At a sanctuary packed with auxiliary bishops and the cardinal, a small handful of the faithful turned out to hear them say how sorry they were. Perhaps, like with the papal letters to Ireland, people want more than scripted apologies for errors of judgment that have been institutionalized in American Catholicism.

Of course, the bishops hold up the Charter for the Protection of Children and Young Adults that they put into motion back in 2002. I do not denigrate that historic step. It did a lot to make children safer in our Catholic institutions. And it did permit us the opportunity to examine what the causes and effects of the scandal were.

But the discovery of more than 30 accused clerics in Philadelphia still in active ministry raises new fears. For me these are much more than institutional nightmares. It makes me wonder what kind of people we are dealing with when we engage the bishops. How is it that their words say one thing and their secret intentions say another? Are they ever to be trusted?

I can remember the sometimes vicious response some members of the hierarchy gave to the National Review Board when we were doing our work some years ago. The former archbishop of New York actually wanted to ban us from his fiefdom, as if we were coming from some rival kingdom. In light of Philadelphia, where the archbishop is a long-time Roman oligarch who, I am told, was spending many days each month in Rome still serving on various congregations, all the events of our investigation and audit get colored with a new layer of meaning—little has changed.

Thomas Jefferson put it best: Honesty is the first chapter of the book of wisdom. I would be curious now as to how the cardinals of the United States view the archbishop of Philadelphia’s behavior? And what of the behavior of his predecessor, Cardinal Anthony Bevilacqua?

Not just an American problem

I traveled on St. Patrick’s feast day this year to Dublin for a law conference and was refreshed by the lyrical camaraderie that is such a part of Irish life. The journey was particularly energizing and fulfilling, but there also was an element of sadness to the visit.

It was easy to spot the first morning when I made my way to daily Mass. Since it was Lent, I expected an enlarged congregation but found the opposite.

Recent Irish scandals and the poor response from the Holy See, my hosts told me, seemed to have sealed the fate of Catholicism in Ireland for some time to come. A government investigation into the horror of Irish clerical abuse—both sexual and physical—seemed to bring everything to the surface. All the usual elements were there thanks to the Irish bishops: cover-up, lying, bullying, threats, the hiding of evidence, the sealing of witness testimony, and most of all the willingness to let the guilty clergy “get away” with the crime.

During the most abject period of Irish history, when the English prohibited the practice of our faith, our Irish ancestors would walk for miles in the dark and rain to find a remote field in which a brave secret priest would celebrate Mass at the risk of his life for people desperate for the nourishment of the sacraments. The people risked all to celebrate the Eucharist in spite of every physical hazard imaginable.

The faithful have not been as absent from the celebration of sacraments as they are today since the Irish religious emancipation in 1826. What has changed?

You don’t have to look far. You see it in the distressed faces of the faithful. You hear it in the voices of the legal profession in Ireland who find what they have learned to be heart-breaking. But make no mistake, it is everywhere.

What is really sad is that the Vatican’s understanding of what people really need is so totally off the mark. Perhaps if the pope took himself to O’Connell Street in Dublin or stood along the cobbles of old Dublin and wept with those who were passing by, he might have achieved a semblance of effective healing.

But a papal letter, no matter how well intentioned, is not the stuff that brings healing. People want their trust restored. No papal letter, even a long one, will ever be able to do that. Certainly not for people who have risked their lives for the faith.

How should we respond?

I believe that truthfulness has been a virtue in trouble for a long time in the Catholic Church. Who could ever see this coming? Not me. I was an obedient Catholic school girl, a true believer. It is not easy for us to unlearn being Catholic. I, for one, don’t want to.

But I expect truthfulness at all costs from our leadership. If that cannot be supplied then we must go back to the drawing board. Do we not have the right to truthfulness?

Perhaps a Council on Truthfulness might help to expand the importance of this critical virtue. Perhaps it could be a meeting for both bishops and faithful in which they could share ideas and dreams for the church. Perhaps we could let the power of the virtue of truthfulness help redefine the proportions of holiness in the church. Liberal or conservative, truthfulness is a gift to all.

As Catholics we know that we must act with wisdom—we must forgive, but not forget. We must also exercise good judgment and courage—both gifts of the Holy Spirit given at the time of confirmation. This means that we must be blunt with the Holy Father and the other men who continue by either “business as usual,” or misguided loyalty to permit the unspeakable to occur.

I believe that when the truth flourishes we will see the return of those who have walked away. We will see people choose Holy Orders as a way of life for the service of others. We will have no dark places to which misguided princes can abandon reality. We will not have criminal charges brought against those who choose the commission of a felony over the mandate of the gospel to be people of truth—clergy as well as lay.

Illinois Supreme Court Justice Anne M. Burke served as interim chair of the National Review Board, the board of lay Catholics that was charged by the U.S. bishops to oversee their compliance with the reforms they had pledged to institute in response to the sex abuse crisis. 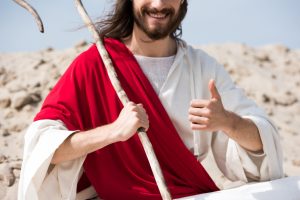