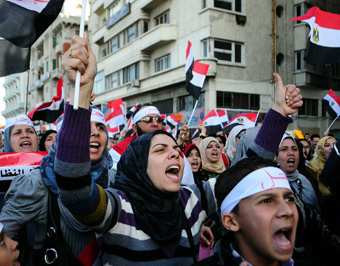 The Internet keeps its promise in Egypt.

In the early days of the World Wide Web, HTML practitioners maintained the googly-eyed optimism of people who thought they were changing the world. Here was something finally, truly new, a civically electrifying form of communication that would obliterate time and space and the distance between people. Pouring over our Unix and HTML for Dummies texts, keystroking till the tips of our fingers bled, agonizing over maintaining our 2400 baud TCP connections and sharing strategies over regional bulletin board system, there was a brief shining moment of giddy joy in the very new and unironic enthusiasm for the very bold.

Then the retailers, marketers, and pornographers arrived. In the space of just a few months the Internet transformed from the electronic marketplace of new ideas and experiences into, well, just the same old marketplace of crud nobody really needed and ginormous byte and revenue streams of “adult entertainment.” The vast wasteland had picked itself up from our living rooms and carried its oozing, all-flattening blahness over to our computer screens, crushing the electronic hopes of a new generation of cyberspace explorers.

In January in the Arab world, that early promise of revolution and real change that drove the first Internet generation of visionaries and technological wunderkids reasserted itself. It was not just that the protestors for human freedom, civil rights, economic justice, and the end of soul-crushing oligarchy in Tunisia, Egypt, Yemen, finally even Jordan and the Sudan used the latest social networking technologies to organize themselves and outmaneuver the entrenched authority in their respective societies. It was not just that they used the Internet to get their message out to the rest of the word and to inspire like-minded protests in other nations. It was also what they had already learned about freedom and the God-given right to self expression from the years they had already experienced “living” on the Internet because the alternative it offered was so much more life-affirming than they could anticipate in their real worlds of political oppression and economic futility.

The young people who took to the streets in Egypt and Tunisia and other repressive societies in the Middle East and North Africa were not demanding a freedom they could only imagine, they were demanding the freedom they had already experienced in their virtual lives, a freedom they wanted to translate into their actual daily lives. Because of their exposure to the cyberwolrd they had already learned what it looked and felt like to inhabit a world where opinions were welcome and thoughts could be freely expressed, a world that encouraged the limitless of imagination and the life-affirming energy of human freedom.

The Internet taught them that and it did even more. It empowered them with the information they needed to question and challenge authority in the nonvirtual societies. Wikileaks has endured white-hot criticism for its “irresponsibility” in releasing thousands of pages of U.S. classified documents and diplomatic cables that capture not only what U.S. officials really think about conditions and political characters around the world, but also reveal a little bit of the true history of the world in real time. The data dump orchestrated by Wikileaks, a quintessential modern media outlet that could only have been brought to life via the infrastructure, capability and spirit of the Internet, has been condemned as a threat to the lives of confidential sources all around the world and a threat to diplomacy as we know it.

So far, however, what it has mostly proved to be is a regime-shattering tool of information for long-suffering civil societies. Most people in Tunisia endured a begrudging awareness of the larcenous leadership of the Ben Ali regime, but something about seeing the depth of that larceny and civic indifference spelled out in a U.S. State Department cable was the electronic straw that broke the camel’s back in Tunisia and propelled people into the streets.

No one knows where this new era of Internet-generated people power may ultimately lead. In chaos there is opportunity and danger; it’s still quite possible that the energy for change and thirst for freedom on the streets of Tunis and Cairo today could be subverted and directed into forces that are deeply antithetical to human freedom and not least of all deeply hostile to the West. Revolutions have been coopted before; it has already happened to the Internet revolution.

But it is at least as likely that the Internet will continue to be a viaduct of energy and information that empowers and enlightens rather than degrades and distracts. It maintains its potential to be a force that makes real the spiritual connectiveness of all people. Maybe it will be a force strong enough to rouse the democratic impulses of the people in a nation which, though materially better off than many other states, maintains levels of income and resource inequity and percentages of poverty that rival anywhere in the developing world. If you’re wondering what state I’m talking about, I encourage you to get on the Net and explore a little bit. See where it might take you.­ 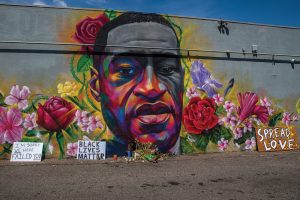 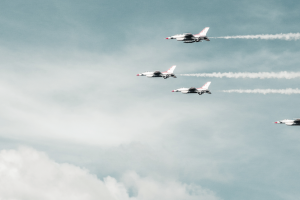 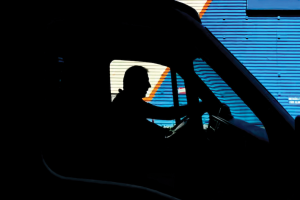