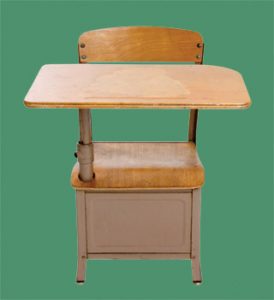 At the urban Dallas public school she had attended since kindergarten, Karen Hernandez’ grades were mediocre. By the end of fifth grade, her parents didn’t like the direction she seemed to be heading as the precarious adolescent years neared. “She was a follower, and she was starting to hang out with the wrong crowd,” recalls her mother, Belinda Hernandez.

When Belinda and her husband, Juan, enrolled Karen in St. Pius X Catholic School, they saw her transform.

“Academically, spiritually, she grew a lot,” Belinda says. “She turned into a totally different person.” Karen, now in ninth grade at Bishop Lynch Catholic High School, has her sights set on college, perhaps even medical school one day.

Three years later, Karen’s younger brother, Jonathan, was finishing fifth grade at the same public school. The couple knew there was no way they could afford to pay tuition at St. Pius X for both children at the same time.

But then, one day last January, their phone rang. They were told that Jonathan would attend St. Pius on a Jethsuby Scholarship, administered by the Catholic Foundation in Dallas to send Latino children with limited financial means to Catholic schools.
“I cried, I was so excited,” Belinda says.

It’s the kind of story Dr. Mauricio Delgado, a native of Mexico who is now director of neurology at Texas Scottish Rite Hospital for Children and professor of neurology
at the University of Texas Southwestern Medical Center at Dallas, hopes to see playing out more in Dallas and ultimately nationwide. Delgado and his wife, Maria, donated the seed money from which the Catholic Foundation has launched the Jethsuby Scholarship Fund, named for a former patient of Delgado’s who died in a car accident at age 11. Delgado has set an ambitious goal of raising $1 million from other sources within two years, the interest on which would generate up to 25 scholarships a year.

In another example of private philanthropy, from 2006 through last school year the Archdiocese of Denver used a $3  million grant to fund a voucher program that paid $3,000 a year in tuition for 400 students. About 65 percent of the students served were Hispanic in a diocese where 52 percent of parishioners are Hispanic.
When the grant was exhausted, the archdiocese, through its nonprofit subsidiary Seeds of Hope Charitable Trust, stepped up to provide more financial aid, and parishes found additional donors within their communities, says Jeanette De Melo, spokeswoman for the archdiocese.

The Archdiocese of New York also will be looking to offer more financial aid in coming years, but not through private philanthropy. Instead, it plans to begin redistributing tithing among parishes, under a recently released three-year strategic plan. Every parish will support a Catholic school in the diocese, even if the school is not located within the parish boundaries.

That’s a dramatic change from how parishes historically have funded parochial schools. As a result, the archdiocese will wait to hear input from local communities before finalizing details on implementation, says Archdiocese of New York spokesman Joseph Zwilling. He notes the multi-year process demonstrates the archdiocese’s move “from a model that was established in the 19th century to one that makes sense for the 21st century.”

Back in Dallas, Belinda Hernandez says there is no guarantee Jonathan will receive the Jethsuby scholarship next year, but she will make sure he works hard to keep it.
“We are not rich people,” she says. “We are making a big effort for them to go there. My husband always says, ‘God will provide,’ but I tell my children, in reality, I’m not sure if you’ll be able to go there next year. The public school we have here looks like a jail, with all of the metal detectors. If we don’t get that scholarship next year, I don’t know what we’ll do.”

This article appeared in the February issue of U.S. Catholic (Vol. 76, No. 2, pages 16). It accompanies the feature Unexcused absence: How Catholic schools reach Hispanic students.

How to build parish community around justice work 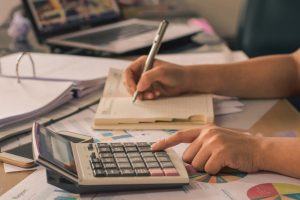 5 essential practices to get your parish finances in order