With Arizona's new immigration law causing debate around the country, it's best to start off on the same page about the facts. Lawyer Tom Roach clears up some common misconception about immigration.

After practicing immigration law for 27 years in the Tri-City area in Washington, I have some insight into the issues surrounding those in undocumented status in the United States. Most of my practice over the years has involved Mexican farm workers, and estimates indicate that probably 60 percent of the 11 million illegal aliens are from Mexico.

MYTH #1: Illegal aliens take American jobs.
FACTS: For the most part illegal aliens work jobs Americans simply do not want. They are farm workers, janitors, chambermaids, busboys, dishwashers, gardeners, nannies, and household domestics. Those are not the careers most Americans seek. The jobs immigrants perform in the U.S. are usually minimum wage with no benefits. They do the lousy, back-breaking work Americans can but refuse to do.

MYTH #2: Illegal aliens don't pay taxes
FACTS: The majority of illegal aliens pay the exact same taxes you and I pay. Most illegal aliens work for employers who don't know they are illegal or, possibly suspect they may be illegal but don't want to know for sure. As a result, the typical employer of an undocumented worker deducts all the federal income and other taxes from all his employees — legal and illegal alike.

MYTH #3: Illegal aliens don't learn English or assimilate
FACTS: The typical Mexican who grew up in Mexico attended school there for only 3 to 6 years. As a result, most of the older Mexicans who are here only speak their native language at a basic level. As a result, it is tremendously difficult for many of those adults to learn fluent English. The children of those older immigrants, however, go to school in the U.S., are immersed in English-speaking American culture, and virtually all speak English. Those second-generation Mexicans speak English and assimilate into U.S. culture the same way the Irish, Italians, Japanese, and every other group of new immigrants have in the past.

As for illegal aliens signing up for welfare, U.S. law strictly prohibits those here illegally from obtaining welfare, food stamps, or any other type of public assistance.

MYTH #5: Illegal aliens can and should apply to legally come in to work in the United States.
FACTS: Great idea, except it just happens to be impossible. The present system for employment-based immigration allows only 5,000 low-skill Green Cards per year for the entire United States.

MYTH #6: Illegal aliens are responsible for a disproportionate percentage of crime.
FACTS: Numerous reputable studies have shown that the problem of crime in the United States is not caused or even aggravated by immigrants, regardless of their legal status. Over the past few years, when someone is arrested the first question they are asked by the police after their name and address is, "Where were you born?" If the answer to that question is not "U.S.A." the Border Patrol is automatically contacted. The person, if undocumented, is immediately placed into the deportation process. As a result, undocumented individuals have a very high incentive to not break the law.

MYTH #7: Illegal aliens abuse the health care system.
FACTS: The general rule is that those who are here in undocumented status are not entitled to any taxpayer funded health care. The exception to that rule is that those here illegally can get emergency medical treatment. A recent RAND corporation study states as follows: "The foreign-born (especially the undocumented) use disproportionately fewer medical services and contribute less to health care costs in relation to their population share."

MYTH #8: Illegal aliens can and should be ferreted out and deported from United States.
FACTS: This solution is not likely. The estimated 11 million undocumented individuals in the United States is equivalent to the entire populations of Washington, Oregon, and Idaho combined. It would be impossible to locate and deport that many people. Besides, millions of those adults unlawfully here have an estimated 4 million U.S. citizen children who the government would be required to find foster parents for if their parents were deported. Finally, if a magic wand was waved and all undocumented workers were gone tomorrow, it is highly unlikely that native-born Americans would do the lousy, backbreaking agricultural and other minimum wage/no benefits work that the undocumented do in the U.S. economy.

MYTH #9: The illegal alien problem would be fixed if we just completed the fence along the southern border.
FACTS: For every 15-foot fence there is a 16-foot ladder or a shovel that can dig underneath it. Besides, 40 percent of those undocumented in the United States — about 4.4 million — entered legally and overstayed their visas. The fence may help but it alone will not solve our immigration situation.

MYTH #10: The proposed immigration reforms in congress are just another "amnesty."
FACTS: Amnesty is defined as "Forgiveness without penalty." All of the immigration reform proposals require payment of a fine (maybe $1000), learning some English, paying all back taxes (if any are owed), and going to the back of the line before obtaining Legal Permanent Residence status.

MYTH #11: Americans don't support immigration reform.
FACTS: When Americans are asked, "Do you support a legalization program that would allow those in the U.S. illegally to obtain legal status if they could meet the following requirements: a strong work history, no serious criminal convictions, no deportations, learn some English, pay all back taxes, pay a fine and go to the back of the immigration line," numerous polls have shown that 60 to 70 percent are in favor of such a solution to our immigration situation.

MYTH #12: Denying illegal aliens driver's licenses will help solve the immigration problem.
FACTS: That's crazy. The overwhelming reason why the undocumented are here is to work. Almost all workers in America need to drive to get to work. Workers, especially farm workers, typically must travel long distances to get to and from work. From the point of view of the public safety of U.S. citizens, it is much better if everyone driving on the highways has completed a driver's course and has qualified for a driver's license.

MYTH #13: If every employer was required to verify the social security number of every employee, we could solve our illegal immigration situation.
FACTS: Well, yes, sort of. A mandatory social security verification system is a good idea but only if there is an earned legalization program put in place simultaneously. Under current circumstances, requiring social security verification without earned legalization would create chaos in many sectors of the U.S. economy. It is estimated that 50 to 60 percent of farm workers are undocumented and the percentage of undocumented workers in many other low-skill, minimum-wage, no benefits jobs — such as dishwashers, gardeners, dairy workers, janitors, chambermaids — is also very high.

MYTH #14: A law like the new law in Arizona would solve our immigration situation.
FACTS: The Arizona law is an overreaction and can best be compared to how we overreacted in 1942 when the U.S. government placed all west coast Japanese in internment camps. Thirty percent of Arizona's citizens — more than 2 million people — are Hispanic and legal. The Arizona law is vague and invites discrimination against them.

MYTH #15: Those who are upset about the current immigration situation are racists.
FACTS: Of course, some racism does exist in this debate. But for the most part the American public is frustrated and angry that our elected officials prefer to play "gotcha" politics with this difficult and controversial issue rather than addressing it in a mature, common sense manner. Most Americans recognize that most of the people here illegally are working hard at low-end jobs, and they believe the politicians should find some rational solution to this very contentious matter.

The solution to our immigration dilemma will only come from comprehensive immigration reform. That reform must include four parts:
1) Secure the southern border
2) Allow those here to apply for earned legalization
3) Require all employers to verify the immigration status of their employees
4) Allow some flexible number of low-skill Green Cards in the future in light of the needs of the U.S. economy. 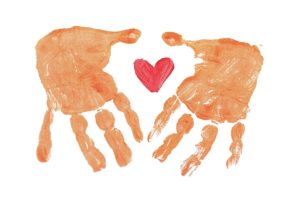 Lessons from my first foster daughter