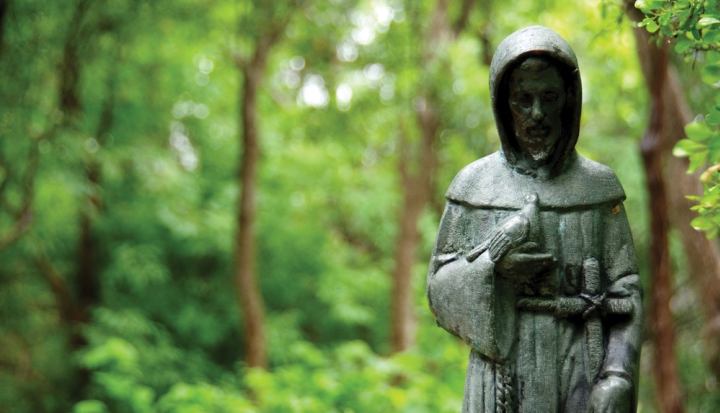 For graduates of peace studies programs at Catholic Universities, the career track can lead to all kinds of interesting places.

In her first job out of college, Erin Hivner has been able to do something many recent grads never get a chance to do: put her major to work.

No, she didn’t study engineering or accounting or education, majors that lead directly to jobs in their fields. Hivner graduated in 2008 from Ohio Dominican University in Columbus with a major in peace and justice and a concentration in nonviolent conflict resolution.

When people ask what she majored in, “Usually I have to repeat myself several times,” says Hivner, and she still gets blank stares and puzzled looks from many people. When she tries to explain, “Often I feel like I’m speaking another language, searching for words the person will recognize. I’m really trying to describe peace and justice in a way that excites people and opens their minds to new ways of seeing the world and solving conflicts.”

As a member of AmeriCorps VISTA (Volunteers in Service to America), a one-year program that focuses on eliminating poverty, Hivner is working as the volunteer and donations coordinator at the YWCA Family Center, a temporary emergency shelter for families in Columbus. She’s found the lessons she learned at school to be borne out in her work: “The best way to see peaceful change in the world and in other people is to treat them with respect and dignity,” she says.

When her year of service is up, Hivner hopes to stay on as paid staff at the center or work for another nonprofit in Columbus. Before she discovered the peace and justice program at ODU, she says, “I knew I wanted to work for change in the world, I just didn’t know how. My major changed my whole life.”

Hivner is in good company, according to Julie Hart, one of her former professors. Hart, a sociologist and peace scholar and activist, has been teaching peace studies for 15 years and sees many positive traits in her students. “Students who choose this direction typically have a well integrated faith, and this is a real calling for them-when they hear there’s a major that matches up with their passion, they’re very excited about it.” Plus, she adds, “The field tends to attract really strong students, and that’s a treat.”

Ronald Pagnucco, chair of the peace studies department at the College of St. Benedict-St. John’s University in Collegeville, Minnesota, agrees. “Some of them are the most intelligent students I’ve seen anywhere,” he says. Additionally, “Our students have a strong values orientation. They’re in peace studies because they’re really interested in working for peace and justice, not just in getting a job.”

Peace studies programs (and similarly named programs in justice and conflict resolution) have multiplied in the past six decades, from the first one in 1948 at Manchester College, a Church of the Brethren school in Indiana, to more than 215 across the United States. Students are able to major, minor, and earn a certificate in the field, and a small number of schools offer peace studies graduate programs (see sidebar). Because it’s such an interdisciplinary field-involving political science, sociology, history, economics, and theology, among other disciplines-graduates of peace studies programs go on to a wide variety of jobs.

“Peace studies can qualify a person for many, many things,” says Heidi Tousignant, director of faith formation at Guardian Angels Church in Oakdale, Minnesota.

Tousignant should know: As a driving force behind establishing justice and peace studies as a major at the University of St. Thomas in St. Paul, Minnesota in 1991, she’s seen her classmates and other justice and peace alumni of UST go on to law, medicine, counseling, teaching, ranching, politics, and church work. Others have gone to work for governmental and nongovernmental organizations, including the American Refugee Committee, the Organization of American States, and the United Nations. Still others in recent years have gravitated toward work with Latino immigrants and the environment.

Here’s a sampling of some of the ways peace studies graduates have put their degree to work.

Will work for peace by volunteering

Will work for peace with advocacy

Will work for peace in law

Will work for peace in everyday life 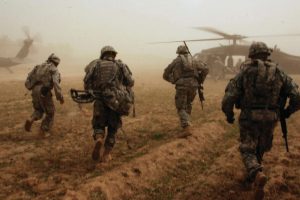