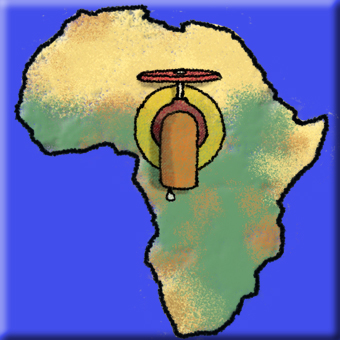 A deal that sounds too good to be true probably is-especially for subsistence farmers.

Africa’s savannahs and plains, even its smoldering desert dunes, have long maintained a strange allure for a certain kind of European visionary-all that virgin land, all those resources, all that untapped potential, all that inconvenient wildlife and ecology and people in the way. In the old days you had to persuade your local European monarch to help launch your African Queen of desire into the vast jungles and grasslands of Africa. These days you need only convince your neighborhood venture capitalist and food speculator, and it’s “Dr. Livingston, I presume” for you.

There’s something of a land rush assailing Africa (and in a parallel fashion arable lands in the Americas) these days. Its cheerleaders say this rush holds out the promise of intercepting global hunger before the world’s food needs nearly double in the next few decades.

But this campaign of direct foreign investment and gobbling up of African land could turn out to be just another gussied up neo-colonialism, this time defrocked of missionary gear, stripped clean of the veneer of civilization-building, and clothed in the soothing intonations of free-market neoliberalism.

The usual suspects from Europe and the United States have a role of course, but this African boom has been joined by new players like China, Saudi Arabia, and Egypt. The Arabs are less interested in growing food than they are in staking a claim on potential water sources in Africa, concerned that their growing populations, despite their great oil wealth, are fundamentally unsustainable across their parched desert landscapes.

There is much talk of technology transfers and helping African nations escape from the economic trap of subsistence farming, but this seductive discourse has been heard before.

That hasn’t stopped Ethiopia, the country that has become a launching pad for overseas food investors. Still all too familiar with hunger and strife, it has begun what it calls Agricultural Development Led Industrialization (ADLI), trying to coax the 80 percent of its population engaged in subsistence agriculture into high-value export crops that will generate income and eventually some kind of tax base for the Ethiopian government to tap into. To that end they are making deals with foreign investors that could lead to the loss of control of thousands of hectares of arable land in a nation with little such land to spare.

Who gets left out of this great powers game in Africa? If history is any guide it will be the Africans themselves, who may eventually be buying their own food back at inflated prices from multinational producers and be prohibited from tapping into their own local water resources as they fall into private hands.

One United Nations food and sustainable agriculture analyst warns, “Outsourcing food production will ensure food security for investing countries but would leave behind a trail of hunger, starvation, and food scarcities in local populations [and] the environmental tab of highly intensive farming-devastated soils, dry aquifers, and ruined ecology from chemical infestation-will be left for the host country to pick up.”

One of the great preoccupations of the church since the 1960s and the beginning of Western-administered, growth-focused economic development programs in poor places has been the notion of “authentic development.” In simple terms, how can industrial or agricultural modernization efforts improve the lives of the world’s poor and not merely act as proxy engines of capitalism?

Pope Paul VI’s encyclical Populorum Progressio, as relevant today as it was when it was published in 1967, proposed the radical notion of “authentic development,” with a goal of freeing the world’s poor not just from want and gross deprivation but from spiritual, political, and economic tyranny. This model offers a compassionate, Christian framework for judging the ends and true intentions of this latest capitalist exploration of Africa.

Now that Africans are in a position to moderate this latest investment flurry, perhaps an “authentic development” can be achieved. We’ll just have to keep a wary eye on what begins growing from the fertile soils of Africa.­