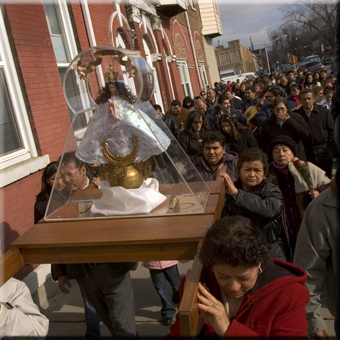 From colonial times until recently, Hispanic Catholics in lands now in the United States have been on the margins of their church. During the Spanish and Mexican periods, Catholics lived too far from the seats of their dioceses. At one time in New Mexico, a whole 70 years passed between bishop’s visits.

After the U.S. conquest of the Southwest in 1846 and of Puerto Rico in 1898, these regions remained far removed from the chief concerns of the “mainstream” U.S. church.

As a result, the 500-year history of Catholic Hispanics in what is today the United States has been one of moving from the periphery to the center of the church—to the table where decisions are made, pastoral priorities are set, human and financial resources are allocated. Their voices can finally be heard.

The Hispanics who achieved that feat and others who helped them are the heroes of the Hispanic church.

1511: Pope Julius II establishes the Diocese of Porto Rico (San Juan, Puerto Rico) and two others (on Hispaniola) as the first dioceses in the Americas.

1531: Our Lady of Guadalupe appears to the Indian peasant Juan Diego in Mexico City, beginning the leading Marian devotion throughout the Americas.

1598: Juan de Oñate leads 400 settlers to New Mexico, beginning the most populous and most enduring Spanish colony in what is now the United States.

1840: The first diocese in the Southwest is created for Upper and Lower California.

1901: In New York, where Hispanics were not usually welcomed in parishes, the archdiocese establishes national chapels to serve them.

1910s: Anti-Catholic policies in Mexico after the country’s revolution contribute to the first major wave of Mexicans immigrating to the United States.

1924: Chicago’s first Catholic parish for Mexicans, Our Lady of Guadalupe, is established.

1945: In the Southwest the Bishops’ Committee for the Spanish-Speaking is established. Its councils bring Hispanic and other Catholics together to work on issues such as immigration, wages, vocations, and ministry.

1945-60: In the Great Migration more than a million Puerto Ricans move to the U.S. mainland.

1949: The San Francisco archdiocese establishes the Mission Band to minister to farmworkers neglected by parishes and dioceses throughout California.

1957: Two Spanish pilots training at an Air Force base introduce Cursillo to Father Gabriel Fernández of Waco, Texas. The intense weekend experience of spiritual renewal becomes popular among Hispanics, eventually spreading all over the country and revitalizing the faith of many Catholics.

1960: The Archdiocese of New York starts an office for the Spanish-speaking and many other dioceses follow. By 2001, 177 of 193 dioceses have Hispanic offices.

1965: “Freedom Flights” mark the beginnings of the Cuban migration to Florida.

1968: The meeting of Latin American bishops in Medellín, Colombia encourages liberation theology and what is subsequently named the “preferential option for the poor.”

1970: Patricio Flores is ordained the first Hispanic bishop in the United States.

1972: The Mexican American Cultural Center is launched in San Antonio; thousands of clergy and laity are subsequently trained there in Hispanic ministry.

1972: The First National Pastoral Encuentro is held in Washington to improve church service to Hispanics. Second and third Encuentros follow in 1977 and 1985.

1974: The U.S. Catholic bishops establish the Secretariat for Hispanic Affairs.

1987: The bishops adopt the National Pastoral Plan for Hispanic Ministry.

1990: The National Catholic Council for Hispanic Ministry (NCCHM) is founded.

2006: More than 2,000 young people participate in the first National Encuentro of Hispanic Youth Ministry at the University of Notre Dame. 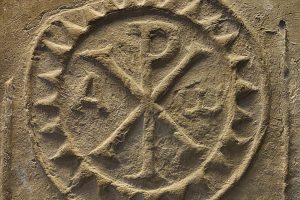 Why isn’t Constantine a saint?