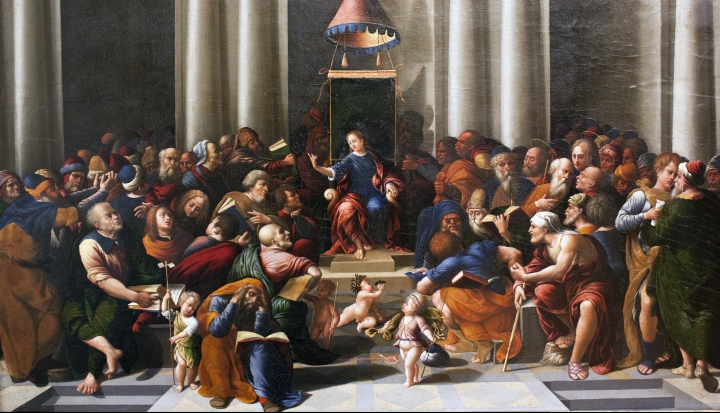 “By what authority are you doing these things?” (Mark 11:27–28). With this and similar questions the gospels relentlessly portray Jesus’ opponents—the chief priests, scribes, elders, Pharisees, and Sadducees—as bad guys who resisted Jesus at almost every turn and conspired to have him killed.

The gospel accounts, however, tend to lump these folks together and offer very little information about who they were. Understanding them better helps us to grasp why the New Testament depicts them as such villains.

The Pharisees criticized Jesus and his disciples for not keeping the law and consorting with sinners. Jesus in reply called them hypocrites and accused them of leading people astray, of corruption, betraying the heritage of the Jewish prophets, and generally having their religious priorities mixed up.

There was another side to the Pharisees. By bringing Jewish religious life out of the Temple and into homes, synagogues, and the lives of everyday people, as well as advocating the continuing interpretation of the Torah, they helped preserve Jewish tradition after the destruction of the Temple in A.D. 70. But they had a big problem with Jesus’ taking on the authority of God-healing people, setting himself up as the interpreter of the law, and forgiving sins.

As did the Sadducees. They saw their role as upholding traditional practices and beliefs, and they resolutely defended worship at the Jerusalem Temple as the action that maintained the covenant between God and Israel. Though they differed with the Pharisees over belief in resurrection, like the Pharisees they vied for influence with the royal court and the Roman rulers and opposed this person Jesus, who challenged just about every religious authority he encountered.

We see more members of the Israelite power elite in the elders, chief priests, and scribes. The elders acted as community leaders and judges. The chief priests were members of the high priestly families or those acting with the authority of the high priest, while the scribes with whom Jesus argued were probably lawyers and judges. While the scribes interpreted Jewish law, they did not make it, hence their conflicts with Jesus, who claimed authority over the law.

Jesus’ proclamation of a kingdom in which the unclean is clean and the unlawful is lawful turned inside out just about everything Jews of his time believed, giving a new way of living to many but making much of the leadership hostile—a conflict that led eventually to Jesus’ death.