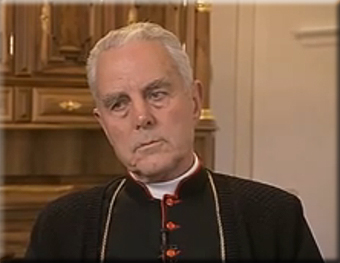 The Society of St. Pius X (SSPX), whose members are commonly known as “Lefebvrites” after their founder, Archbishop Marcel Lefebvre, is a group of about 150,000 former Roman Catholics who disagree with elements of the Second Vatican Council, beginning with its reform of the liturgy. The SSPX also rejects Vatican II’s declaration Dignitatis Humanae, which defines religious freedom as a human right, and teachings found in the Constitution on the Church (Lumen Gentium) and the Declaration on the Relationship of the Church with Non-Christian Religions (Nostra Aetate), which affirm God’s covenant with the Jewish people and reject the belief that the Jews as a people bear guilt for Jesus’ death.

In 1988 Lefebvre ordained four bishops without the permission of Pope John Paul II. As a result Lefebvre, the bishops, and the clergy of the SSPX were automatically excommunicated in accord with canon law, and the SSPX became a schismatic church. For this reason the SSPX does not share the full communion of the Catholic Church.

Though Lefebvre was excommunicated only after he ordained new bishops, the SSPX’s refusal to accept the teaching of the highest authority in the church—an ecumenical council convened by the pope—had progressively eroded its relationship with Catholicism. The rejection of the particular teachings themselves is only part of what is at issue; the more profound matter is the SSPX’s denial of the church’s authority to reformulate and change Catholic teaching and worship.

The relationship between the Catholic Church and the SSPX became unclear in January when Pope Benedict XVI lifted the excommunications of the four bishops ordained by Lefebvre, who died in 1991. The action caused controversy because SSPX Bishop Richard Williamson disputes the extent of the Holocaust and the existence of the Nazi gas chambers. Williamson’s rehabilitation drew protests from Jewish communities around the world, with World Jewish Congress President Ronald Lauder asserting that by “accommodating anti-Semites like Williamson, the achievements of four decades of Catholic-Jewish dialogue [are] put into doubt.” Catholic bishops in Europe also protested because the SSPX had taken no steps to accept the teachings of Vatican II.

In response to both concerns, the Vatican made clear that the lifting of excommunication does not mean that the bishops of SSPX can function as Catholic bishops, likening Pope Benedict’s action to Pope Paul VI’s withdrawal of excommunication from the Orthodox Patriarch of Constantinople in 1965. The pope further insisted that the teachings of the Second Vatican Council were not optional and reaffirmed the council’s condemnation of anti-Semitism.

As of this writing, the leader of the SSPX, Bishop Bernard Fellay, has said that his group will not accept the conciliar teachings its members find objectionable. Therefore, while no longer excommunicated, the group still cannot be considered to be in full communion with the Catholic Church.