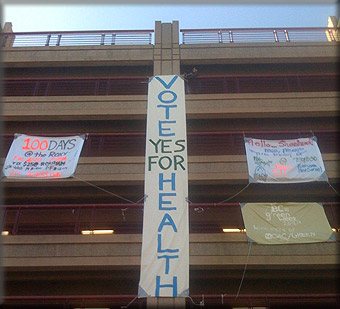 A referendum on sexual health that earned the support of 90 percent of Boston College students presents a unique opportunity to discuss sexuality, administrators say. But BC students may be less interested in teachable moments on sexual ethics than they are in an expansion of the school's sex education program.

Out of the 4,026 ballots cast in the school-wide poll in February, 89.47 percent voted for changes in Boston College's sexual health education and resources, including the availability of affordable testing for sexually transmitted infections, prescriptions for birth control pills at BC health services, and the availability of (cut) condoms on campus, according to Scott Jelinek, class of 2010.

Boston College spokesperson Jack Dunn quickly dampened any expectations that the vote would move BC administrators to meet the student's goals. The referendum, he said, "is nonbinding, and as a result Boston College will not be changing its policy on birth control prescription or the distribution of condoms."

BC Students for Sexual Health (BCSSH), a coalition of students from different organizations on campus, organized the vote to "allow the entire campus a chance to voice their opinion," says Jelinek, a member of the group. The coalition members hoped the referendum would pass, Jelinek said, but were especially pleased that that it passed with one of the highest voter turnouts in recent BC history. "It was extremely validating to find that 90 percent of the students agreed that BC needed to improve the sexual health education and resources on campus, similarly to the way that other Jesuit-Catholic universities offered this to their students."

In preparation for the referendum, BCSSH reviewed sexual health policies at other Jesuit Catholic universities and compared those to Boston College's policies. With widespread support from the students and models from other schools, BCSSH hopes to be able to work with the administration to implement suggested programs.

Dunn acknowledged that sexuality is the area of greatest disagreement between the church and laypeople. Boston College, led by Vice President of Student Affairs Patrick Rombalski, has promised to "engage in open dialogue with students on this issue and on the richness of our values and faith tradition regarding sexuality," Dunn said. "Seventy percent of our students are Catholic, but they live in an increasingly secular world, and they come to the university with views that reflect broader society."

The vote results are not surprising, says Donna Freitas, author of Sex and the Soul: Juggling Sexuality, Spirituality, Romance, and Religion on America's College Campuses. She found in surveying college students about their views on sexuality and spirituality that they generally are aware of how to protect themselves if they are engaging in sexual activity. "It is pretty easy for students to say yes to testing and condoms," Freitas says.

The challenge for the BC students, she says, is to make the discussions that result from the referendum about more than the availability of the resources.

In hook-up culture, which Freitas' study found to be prevalent on both secular and Catholic campuses, sexual partners hardly talk, let alone have conversations about sexual history, methods of birth control, or the morality of sexual activity. "The main issue is, ‘Are these students putting themselves in the position to have adult conversations?'"

If Boston College wants to use this as a teaching moment, Freitas warns that a traditional approach might not be effective. "[Students] are aware of the dos and don'ts, but those are exactly the things that turn them off." Instead Freitas recommends relating sexual decisions to Catholic teachings on justice. "Those can really support and ground student reflections on these issues."

As for the students, Jelinek says they, too, believe their work is rooted in their Catholic faith. "We see our effort to ensure the health of our fellow students as a way in which we demonstrate our response to God's call to love our community, respect one another and honor God's call to be responsible in all areas of sexuality and health," Jelinek says. 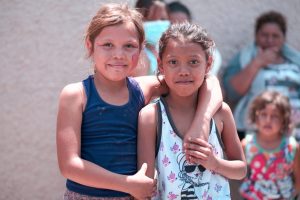