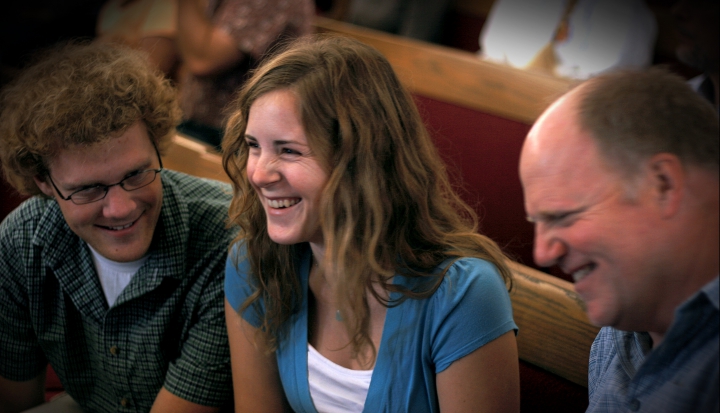 We are Catholic, therefore we celebrate. We can celebrate for weeks at a time, not to mention celebrating the 900th anniversary of Saint So-and-So. We have seasons of sorrow as well as joy. While the world needs joy, it also needs laughter.

The chaplain of my convent once gave a sermon about a celebration of laughter, the risus paschalis, or Easter laughter. In the Middle Ages some communities would throw an Easter laughter party on Easter Sunday. Its purpose was simple: to celebrate God’s triumph over evil.

Easter reveals God as no other celebration has ever done. Only God can draw the greatest good out of the greatest evil. Of evil, Saint Thomas More once wrote, “The devil… the proud spirit… cannot endure to be mocked.” The people of the Middle Ages understood this and decided to have the last laugh on evil.

Beginning in 13th-century Germany, people would come back to church on Easter Sunday afternoon for Vespers and Benediction services. As a reward to the faithful after many serious Lenten homilies, the priest would insert funny stories, poems, and even off-color jokes into his sermon and would draw moral conclusions from them.

Many church feasts had their comic aspect, and Easter was no exception. Often these parties included picnics, dancing, and the burning of Satan’s effigy while skits and more jokes and stories were related among general merriment.

In this way people rejoiced in the triumph over death that Easter embodies. As the German Protestant theologian Jürgen Moltmann writes, “The Easter laughter is rooted in the wholly unexpected and totally surprising ‘reversal of all things.’ God had brought this reversal about by raising Christ…. The expectation was for cosmic death, but what comes is eternal life. If that is no reason to laugh! Praying and laughing seem to be far apart in our culture, but here they come together. ‘Then shouts of joy’ (Ps. 126:2), for ‘blessed are you who weep now for you will laugh’ (Luke 6:21).”

Today a growing number of Protestant and Catholic congregations are rediscovering Easter laughter by celebrating “Holy Humor Sunday” on the Sunday after Easter. This celebration not only highlights the joy of the season but also “is great medicine for the post-Easter slump in morale and attendance,” one pastor told The Joyful Noiseletter, a publication of the Fellowship of Merry Christians in Portage, Michigan, which has promoted Holy Humor Sundays. Easter laughter can also be a challenge to show one’s faith. Writes the Fellowship’s Cal Samra in Holy Humor (Thomas Nelson, 1997), “Clergy and laypeople who lost their faith in the Resurrection are scarcely motivated to lead churches in ongoing celebrations of the Resurrection.”

Services include comical skits, and members of the congregations are asked to share jokes and stories. The bulletin may contain a cartoon, or the ushers may present empty collection baskets after the offertory. After the liturgy, the congregation repairs to the church hall for a buffet of Easter foods like egg dishes, breads, and wine.

We need to remember evil enjoys both realities: getting too much attention or none at all. While the nightly news is replete with stories of those who believe what they do is not evil, there are those people who seem to believe the devil exists behind every tree. The church has long recognized the presence of evil in the world and has struggled to overcome that evil with good.

The Easter laughter is a foretaste of the heavenly banquet. So let the party begin. Our God reigns; the power of evil has been broken. As one pastor puts it, “Above all people, Christians have the most reasons to laugh [and]… live the Easter joy that Christ came to bring.”

Image: Flickr photo cc by Andres Rodriguez. This image has been slightly altered. 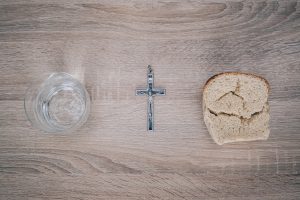 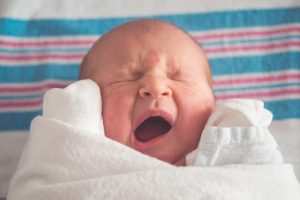 What Catholic midwives can teach us about labor and delivery