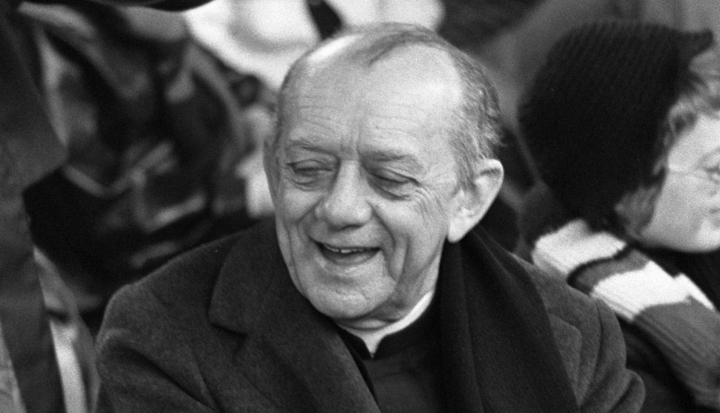 It is a contemporary truism that we have no heroes and heroines. Like so much else in America today, this is an overstatement, but there is no doubt that we are suffering from the dearth of women and men to admire. There are certainly three, at least, who are deserving of this very special category: no one, I think, would quibble about Mother Teresa of Calcutta; Dorothy Day has lived long enough to make even conservatives forget that she has been a consistent radical; and Dom Helder Camara has managed to appeal to a wide spectrum of people, many of whom disagree with his liberal political beliefs but admire his courage and humanitarianism. There is probably less known about Dom Helder than of the other two, both because he is from Latin America, which Americans have shown a strange reluctance to learn much about, and because he has made fewer appearances in America than Mother Teresa.

For readers interested in knowing more about this rare kind of ecclesiastic, Dom Helder Camara: The Conversion of a Bishop by José de Broucker, a French journalist (Collins, $9.95), should prove interesting and helpful. The book is a series of questions and answers, based on 18 hours of in-depth interviewing in the bishop’s home in Recife, Brazil. It is ironic that although the bishop readily agrees to the interviews, he was so appalled by the resulting manuscript that for a time he denied de Broucker permission to publish—he regretted that he had “pronounced or implied so many judgments on so many people.” However, friends of Dom Helder who were also shown the manuscript prevailed upon him to be suppressed. De Broucker is obviously an admirer of Dom Helder, a relationship which is a mixed blessing. The bishop trusted him and reacted favorably to a sympathetic interviewer. Unfortunately, readers do not get as well-rounded a picture as they might have received from a Dan Rather or a Mike Wallace. In the end, however, the kindly approach may have proved more productive.

Dom Helder begins by describing his family and his childhood in Fortaleza, the capital of the state of Ceara in northeast Brazil. He was one of 13 children, five of whom “died very young in a croup epidemic.” His father was a bookkeeper for a trading company; his mother, a state schoolteacher. Since there were few schools, she taught the class in her home. Although the family did not suffer from poverty, there were no luxuries and from time to time there were privations.

Somewhat surprisingly, we learn that Dom Helder’s father, grandfather, and uncles were freemasons. He explains that they were “anti-clerical, rather than anti-religious or … anti-Christian. It wasn’t even that they were opposed to ‘true’ priests. It seems to me now, that they were reacting against certain individual priests.” His father not only did not object to Dom Helder’s desire to become a priest, which commenced when he was very young, but emphasized the awesome responsibility of a vocation to the priesthood. When the time came, he helped Dom Helder enter the seminary when the boy was 14, even though that meant financial sacrifices for the family.

Looking back, Dom Helder is not pleased with his seminary training. He recalls:

Imagine our immense surprise, when upon leaving the seminary we encountered young economists, young sociologists, when we found ourselves in a world where science and technology were just beginning to develop. It was a shock, but a providential shock: it made us realize that something had to be changed…. We were very ill-prepared for pastoral work, for serving the people…. There was no question in our living among the people, or even finding out about real human problems. And so afterwards, we didn’t even know how to talk about them. Our language was all wrong. When we preached our sermons were so sophisticated, grounded as they were in Greek and Latin literature, scholastic philosophy and Thomist theology, that they went right over the heads of our congregations.

Dom Helder was ordained a priest in 1931, a time of transition and turbulence in Brazil and the beginning of what he sees as a religious revolution, or rather, “the beginning of the beginning—it bore no comparison with what happened later, at the Second Vatican Council, or at Medellin.” Dom Helder describes in detail the many changes which took place in the church, particularly the church in Brazil, in the next four decades, as well as the critical changes in his own life.

The first 15 years of his priesthood were devoted to educational work, both for the diocese and later for the state as director of the Department of Education in the state of Ceara and as advisor in the Ministry of Education. As Dom Helder became more forthright in presenting his views on the meaning of Christianity today, he became a controversial figure. One time he was summoned by the Vicar General of the diocese and was told, “Yesterday you wrote your last article. May God bless you.” During the subsequent years, “there were vicious campaigns against me, campaigns of calumny and slander. It was still not enough. The government realized that in a country like Brazil such campaigns and attacks merely keep the victim in the public eye. So it imposed silence. Today (in Brazil) Dom Helder no longer enjoys even the fame of a victim, or a culprit; he has fallen into silence, like a tomb.”

What might be considered his “public life” commenced in 1947 when he set up the National Secretariat for Catholic Action in Brazil. The Catholic Action movement quickly became powerful and, in the minds of the more conservative bishops, radical. Later he was appointed Secretary of the Conference of Brazilian Bishops and finally was ordained a bishop.

In a few short years, Don Helder became the best known Catholic in Latin America, a vibrant voice for the Third World, a Christian witness who will not let the world forget the sufferings of the poor, a man whose influence is so widely recognized that three times he was nominated for the Nobel Peace Prize. And in 1973 when, shocking almost everyone, Kissinger and Le Duc Tho were given the prize instead of Dom Helder, students all over Europe collected money and awarded him “The People’s Prize.”

Looking back over his life, Dom Helder talks about his “semi-failure” which he describes as “the illusions I had about the possibility of mobilizing institutions. My hope is the discovery of minorities: they are there, they exist, all you have to do is open your eyes and you can see them. Now we have to make people understand that the day will come—and it isn’t far off—when all of these very different minorities will be united, without being unified. And on that day… Forgive me for repeating myself, but there are some ideas that need repeating until they become convictions: on the day when we find a way of passing a current through all these minorities to unite them in common priority aims, we shall have discovered a force more powerful than nuclear power itself.”

In commenting on de Broucker’s statement that the Christianity professed today is so different from that of decades earlier, he explains:

Christianity, like truth, does not change: it is we who from time to time discover new aspects of it. I remember when men flew around the moon for the first time, and discovered the unknown, or unfamiliar, face of our little neighbor. So it is not religion that has changed. It is I who, by the grace of the Lord, and with the help of my friends, my brothers, have had the opportunity of seeing certain aspects of my religion that I did not see at first. Christ is mysterious to us. In becoming a man He really wanted to be one with us, but in the way that a father wants to be one with his child, to understand him and be understood by him. But the child’s ability to understand is limited.

Dom Helder is suffering from poor health and admits that while he continues with his work, all the time he is “quietly and calmly preparing to receive the death the Lord intends for me.” He adds, “When you are approaching death, it is very tempting to count your weaknesses and your failings and you sins, and perhaps to lose courage. I think it is better not to count them at all, not even to talk about them: ‘Yes! My weaknesses and my failings and my sins are innumerable, and very serious! But there is something far greater than all my weaknesses and failings and sins: the mercy of the Lord!’”