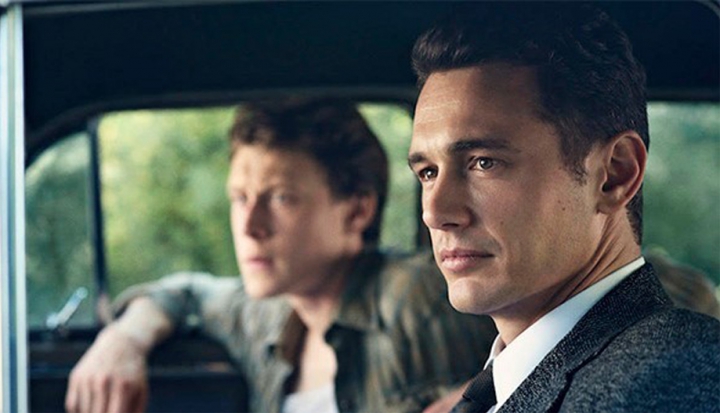 We are convinced that we could make our present better if we just had a time machine in which to go back and change our past. Whether it’s that agonizing moment we stumbled over our words while talking to our high school crush or the nagging feeling we chose the wrong major in college, we all have moments that make us want to scream “do over.”

The question is, would everything really change for the better, or are we deluding ourselves?

Stephen King shows a profound ability to examine these questions, both in his novel 11/22/63 and the TV adaptation, produced by J.J. Abrams, which is now streaming on Hulu. King is not often thought of as a deep or theological writer. On the contrary; many people dismiss him, in the words of Harold Bloom, as a “writer of penny dreadfuls.” But King knows the questions of the human heart better than many “literary” novelists who don’t seem to have spent a day rubbing shoulders with real people. The strength of his writing comes from knowing what’s on the minds of everyday people.

The series begins with the premise that if JFK had survived that fateful day in Dallas, the United States would be kinder, gentler, and more at peace today. Jake Epping, an English teacher in Maine, has a surprising encounter in the back of his friend Al’s diner. Al, dying of cancer, reveals his time-traveling portal to Epping; he wants him continue his work of trying to save JFK. Al fills Epping with the vision of an America where everything tastes better, the air is cleaner, and life was beautiful.

Epping buys into Al’s story and travels back in time. At the other end of the portal, he is met by a raging wino with a yellow card in his hat. The man tells him, “You shouldn’t be here. You shouldn’t be here.” That exchange is Jake’s first warning that he does not have the wisdom or the understanding to change the past. With each step backwards in time, Epping changes another person’s life. And, he soon realizes, he’s making everything worse, including what will happen in his own future—as well as that of the entire world.

As I watched the show (having already read the book), I thought about St. Thomas Aquinas and his belief that God exists outside of time and experiences every moment in the now. In other words, God doesn’t know a past, present, and future. God knows only the perpetual now; leading to God’s exchange with Moses through the burning bush and the words, “I AM WHO I AM” (Exodus 3:14).

Aquinas writes that God alone can know all the angles, paths, and crooked decisions in the hearts of human beings—both in this world and in all possible worlds. If this is true, traveling back in time to change events—even if it were possible—would mean that humanity was claiming knowledge that it couldn’t possibly have or understand.

In our rush to glorify the past and control the present and future, we lose sight of the necessity to live in our basic humanness, along with its inherent limitations. Both King and Aquinas warn of the consequences when humans step into territory way beyond our ability to understand. To put it simply, there is no possible way for us to know if our life would have been better if we’d just dated Susie Jo in high school or chosen a different major.

If that’s the case, why do we keep obsessing over the past? King and Abrams answer by showing us the lives of Jake Epping and Al. They are disenchanted with their lives and think they alone can make things better. Yet when they try, they create an even greater catastrophe. Their story demonstrates our human need not only to rely on the wisdom of history, but on the insight of God and the church.

As I watched 11/22/63 (you should too), I reflected on my own limitations and inabilities to see all angles. And that, in turn, brought me a sense of humility and a recognition of the need to stop living in the past. Whatever bad decisions I made, who is to say I wouldn’t make worse ones if I could do it all over?

I must step out of time with God to get a glimpse of the divine perspective. And when I do so, I realize the task of governing the entire universe is way beyond me. If I’m perfectly honest with myself, even governing all aspects of my own life is beyond my ability to comprehend.

Whatever decisions I’ve made in the past, they cannot change. I can only move forward and let God take care of the future. Instead of glorifying the past and refusing to move on, I should focus on what is right in front of me, a lesson that Jake Epping learns as he encounters the catastrophic consequences of his actions. As Jesus said, “Do not worry about tomorrow, for tomorrow will bring worries of its own. Today’s trouble is enough for today” (Matthew 6:34).