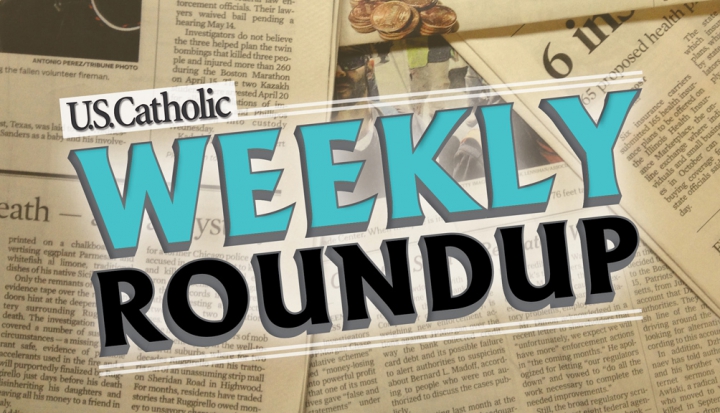 August is supposed to be a slow news month. At least that’s what they tell me. But this week was not slow. This week was hard. And in case your head is spinning from the barrage of news that came through, this is your weekly roundup.

Let’s start with the bad news, and get it out of the way.

Robin Williams died on Monday night, sending shock and grief through the generations who had grown up with Mork and Mindy, Good Morning, Vietnam, Hook, Mrs. Doubtfire, Aladdin, and Good Will Hunting. He had struggled his whole life with addiction and depression, and his wife Susan Schneider announced on Thursday that his “sobriety was intact” at the time of his death, and that he was coping with a new diagnosis of Parkinson’s. We send our thoughts and prayers to all those who knew and loved him.

Tributes to Williams have been many and heart-felt, but perhaps the one that is most apt comes from video gaming company World of Warcraft, who apparently intend to memorialize Williams in the game itself.

.@robinwilliams Thank you. You gave us so much joy in our lives, and we hope you enjoyed your time in our world. We’ll see you in-game.

The other news that is dominating the newsfeed landscape is coming from Ferguson, Missouri where Michael Brown, an 18-year-old black man was shot and killed by a policeman on Sunday. Brown was unarmed at the time, and the news of his death has prompted protests and vigils. In particular, the events have given rise to questions about racial disparity in communities, and the continuing fear and criminalization of black men–simply for being black. On Wednesday night, a heavily armed police force fired tear gas and rubber bullets into the crowd, detained two reporters, and dismantled the equipment from an Al Jazeera America news crew. Since then, the Highway Patrol has taken over security, and things seem to have calmed down.

In slightly less-terrible news, Dr. Kent Brantly, an American doctor who caught the Ebola virus in Africa is hoping to be released from the hospital soon. Brantly had been treating patients in Liberia when he contracted the illness. He was flown to Atlanta where he is being treated at Emory University. The news in Africa is not quite so hopeful: Predictions are that the outbreak in Africa will not be stanched for another six months.

And now for your rapid fire papal roundup.

The Pope's ride of choice here in South Korea – a Kia Soul. Because that's how he rolls… pic.twitter.com/MrHQMDh3fY

That's about it for today. Let's hope that next week is in fact a slow news week. Wishing a restful and peaceful weekend to everyone out there.