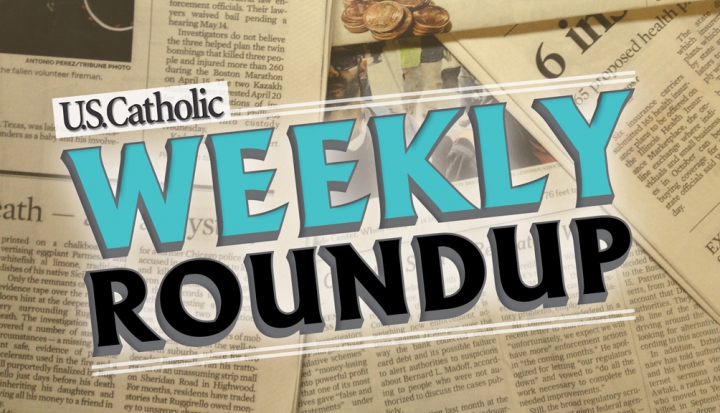 It’s been a busy week in the news, and so without any ado whatsoever, this is your weekly roundup.

First, in Dickensian news, New York City has approved plans for a luxury apartment complex on the Upper West Side that includes separate entrances for wealthy and poor people. The building is designed as “mixed housing,” meaning that there are units in the building that will be designated as affordable housing. However, the people living in those units will be required to use the “poor door.”

Speaking of the common person, following a change in leadership, lay preaching is being discontinued at the diocese of Rochester, New York, where lay preaching has been a part of the community since the mid-70s.

Also in New York news, Cardinal Timothy Dolan of New York wandered his way into Ann Coulter’s radar when he took the the Internet to defend the dignity of migrant children.

In “they really had to spell that out?” news, Catholic dioceses in Georgia have officially banned guns and knives in churches.

In political news, Paul Ryan has unveiled a new plan for fighting poverty. To his credit, he seems to have learned from a few of his past blunders. He has avoided thinly veiled comments about the “inner city,” and never once mentioned “bootstraps.”  Ryan’s proposed “opportunity plan” would consolidate a number of government services while creating incentive-based benchmarks for impoverished people.

In more political news, speculation about the 2016 presidential race is heating up, and Republicans may have found the candidate who can beat Hillary. Pollsters at FiveThirtyEight released results of their most recent poll which shows that Darth Vader is leading all rumored presidential candidates. Perhaps even more surprising: Jar Jar Binks is leading John Boehner in the poll, but just barely. Spurred by this research, Stephen Colbert endorsed Darth Vader for 2016.

And now for the rapid fire papal roundup.

And that’s it around here. Have a beautiful weekend, and don’t forget to take our survey about marriage and family life.