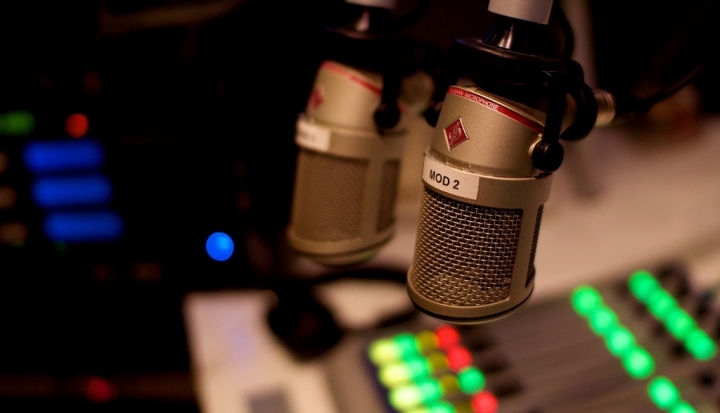 If you’ve listened to Vatican Radio in the last few weeks, you’ve heard some of the work of Michael Gannon, a third-year university student from Dublin, Ireland. During his two-week internship at the Vatican, Gannon did technical work for the audio production, as well as helped research and write some of the stories for the English Language Section of the programs.

Gannon is an incredibly accomplished student. From his résumé you can see that he has a background in acting and media studies (television and documentary production). He is even a published author of his own autobiography, Straight Up-No Sugar.

What you may not know, however, is that Gannon has Down syndrome, a genetic disorder in which a person has three copies of chromosome 21 instead of two.

His condition, however, has not stop him from pursuing his goals.

The English language chief of Vatican Radio, Sean Patrick Lovett, who originally hired Gannon for the position, told LifeSiteNews that “Gannon is the first person with Down syndrome to be offered an internship at Vatican Radio—not because we have any policy of exclusion, but simply because he was the first person with Down syndrome to request it. His presence and his contribution provided an extraordinarily positive experience which left us all enriched."

Gannon's internship at Vatican Radio, as well as his work as an "ambassador" for Down Syndrome Ireland, serve as a reminder of the positive impact people with Down syndrome make in the world.

In the recent December 2013 issue of U.S. Catholic, we highlighted the gifts that Catholics with all developmental and physical disabilities—not just Down syndrome—bring to the table in our parishes, families, workplaces, and in our church as a whole. They are altar servers, eucharistic ministers, ushers, priests, sisters. They have so much to offer the world.

Let us stop terminating pregnancies that diagnose the baby with a disability. Let us recognize in every aspect of life the truly remarkable potential of people with disabilites. Let us also accept all people as they are: gifts from and children of God.