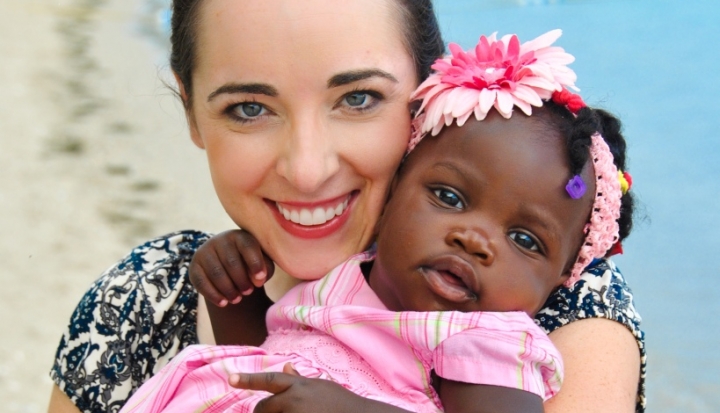 Adoption is more common than you’d think. Even though Angelina Jolie gets the most press as being a frequent adopter, she is far from the only person to give children a new home. There are an estimated 120,000 children adopted each year (not just by celebrities) in the United States. Each of these children deserves an equal amount of love and support that biological children of a couple would receive. How can we, as a society, love them equally if we begin discriminating against them before they are born in some cases?

A recent NPR story drew my attention to NPR Host/Special Correspondent Michele Norris’ “The Race Card Project.” The goal of this project is to use only six words to describe one’s feeling about race in America. A woman from Louisiana submitted her six words: “Black babies cost less to adopt.”

A study conducted in 2012 entitled “Child-Adoption Matching: Preferences for Gender and Race” suggests that Caucasians are the most preferred children in the adoption process. Although the study reported that race preferences have not been documented, their numbers found that a child’s application for adoption was less likely to be looked at if they are from African American descent.

I understand that adoption agencies are of good intent when they try and place children. They want all of the children to go to good, loving homes. I also understand that many adoption agencies are for-profit organizations that need financial support from their clients in order to keep the business going and that the cost to place a child with a family can be expensive. However, children should not be treated by using the supply and demand model. If there is a large number of one group of children and a demand for those included in that group is low, their value, either regarding money or human dignity, should not decrease.

Pact, an adoption alliance who strives to place African American, Latino, Asian, Native American, and multiracial children in loving families, offers a solution for adoption agencies that would not let the blame rest on the child. They say that “basing sliding scale fees on the adoptive family’s income instead of the child’s race is one possible approach that doesn’t devalue children.”

As a society, we have a few things to work on to protect these children. First of all, we must rid ourselves of racial discrimination in general by remembering that we were all made in the image and likeness of God. (For more information about the race conversation in the United States, see Anthony Walton’s article from our July issue.) Secondly, we need to develop a better attitude toward adoption—especially one that has no problem with blended family. Only then can we claim that all people are created equal.