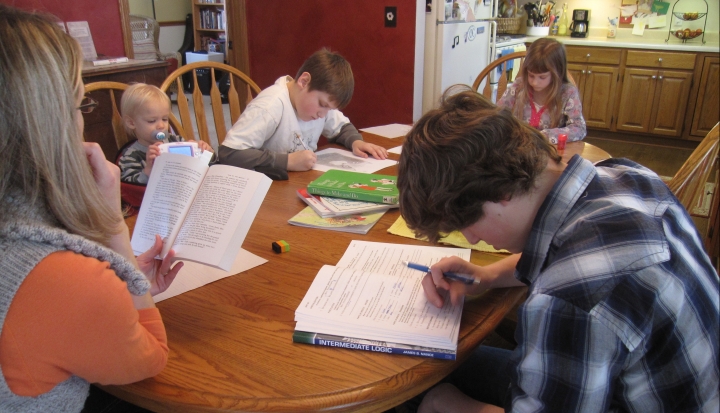 The issue of home schooling is one that always seems to spark a fierce debate, and a story published yesterday by the Washington Post is only likely to add fuel to the fire. The article profiles 21-year-old Josh Powell, the product of home schooling in rural Virginia, who paints an incredibly negative picture of the experience of getting your education at home.

Powell tells of how his parents, who kept him and his 11 younger siblings out of public schools for religious reasons, failed to provide a basic education that left him far behind other children his age in areas like math, science, history, and English. One of his siblings, currently at middle school age, still hasn't learned to read. Powell himself realized how far behind he was falling and had asked his parents to send him to school. When they declined, he petitioned the school system to let him in, but they declined too. He eventually took remedial classes at a community college and has since transferred to Georgetown University, but he still has a long way to go in catching up on the years of missed education.

His father, Clarence Powell, defends the home-school education that Josh and his 11 siblings have received, and that he has a right to educate his children any way he sees fit without the government interfering. And in that aspect, he's correct: According to Virginia law, parents who have a religious objection can opt to not only home-school their children but to do so without any government oversight, meaning there is no mandatory curriculum and no checks placed on the family to ensure the children are learning at an appropriate level.

The Powells, of course, are just on case of a home-schooling family, but Josh thinks they are other kids like him. “Who knows how many of these families are out there? I don’t think my family is the worst-case scenario,” he told the Post. “It’s the isolation that allows it to exist."

But there is also a case to be made for parents who wish to home-school their children. Sometimes local public schools are themselves doing a poor job of educating students. Some parents feel that public schools will contradict the religious values they are attempting to teach their kids. And due to cost, location, waiting lists, and other issues, sometimes Catholic school or another private school is not an option (though home schooling versus Catholic schools has been a whole other debate). And it is entirely possible that some children might receive a better education at home than they would in any of the available schools they could attend.

Both sides of this debate have a compelling case. Still, it seems that should be some oversight to prevent children from falling through the cracks. Parents should have a right to raise their children any way they wish, but when they are failing to provide even the most basic elementary skills and knowledge they are depriving their kids of a chance to succeed in life. As Clarence Powell himself says in the Post article: “A good education is not an option. It’s essential. You basically get one opportunity to do it. If you come out on the other side deficient, it’s hard to make up for that. If you’re a loving parent, the last thing you want to do is create a situation where your children are limited or hindered.”

Unfortunately, as Josh Powell's experience shows, sometimes even parents who want to do the best they can for their children may not succeed. Though the state must respect a parent's right to offer an education consistent with their religious beliefs, sometimes maybe a parent needs to respect the expertise of others when it comes to determining what makes a quality education. As the elder Powell says, the failure to do so can be incredibly difficult for a child to overcome.