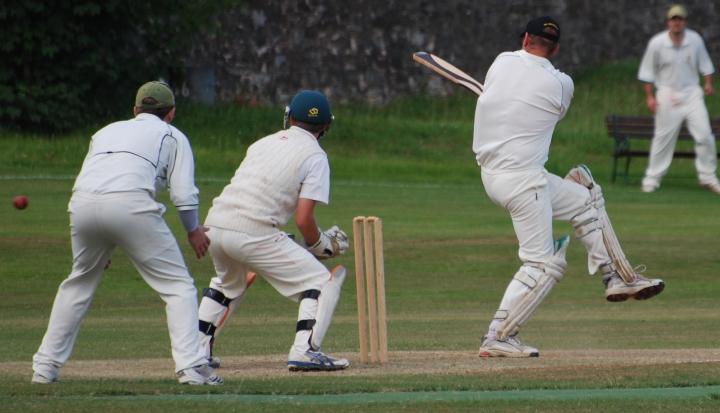 March Madness fans looking to catch college basketball scores and highlights on SportsCenter this Sunday may have been surprised to find another Catholic sporting connection, besides the fact that Catholic universities Gonzaga, Notre Dame, and Xavier all advanced to the Sweet Sixteen.

ESPN’s recurring “SC Featured” spot, in a nod to this week’s final of the World Cup of Cricket, highlighted “The Pope’s Team”—the Vatican’s cricket team, which in September 2014 took on a counterpart team from the Church of England in an exhibition match held in Canterbury, England.

The video takes a lighthearted look at the underdogs from the St. Peter’s club, made up mainly of seminarians from India, Sri Lanka, and Pakistan. Most of the players had little experience with the game aside from some pickup cricket in their youth.

Cricket, while not among the most well-known and played sports in the United States, is globally the second most popular sport after soccer. The ESPN video paints the picture that the Vatican saw value in using cricket as a means to spread the gospel around the world, including places like South Asia, which has a majority Hindu and Muslim population. And the big match between the “St. Peter 11” and the Church of England was billed as a match 500 years in the making, with nothing at stake except “the pride of two churches with 1.3 billion adherents between them.”

What the feature doesn’t note, however, is that the match was actually played as a charity held for the Global Freedom Network, an organization that works against human trafficking. In December 2014, Pope Francis joined other faith leaders in signing a declaration calling for the end of human slavery by 2020.

Though the Vatican team was blessed by Pope Francis—who also signed a cricket bat for the team—the Church of England snuck out a last minute victory.

“Would Christ spend his time on something as trivial as sport, or would he play to win?” one Church of England participant asked in a Guardian recap of the cricket tour. “I think he would take the middle ground.”