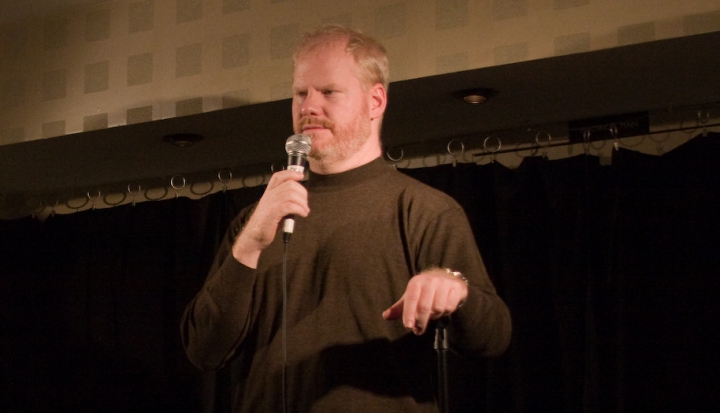 “Religion is iffy," says Jim Gaffigan in the debut of his new sitcom, The Jim Gaffigan Show. "Once you identify yourself as believing something, you open yourself to ridicule.”

It is a genuine moment in an otherwise farcical 21-minute episode of Gaffigan's new TV Land series in which the comic plays a fictionalized version of himself: a stand-up comic living with his wife and five young children in a New York apartment. The first episode (which premieres July 15) centers around the family's Catholic faith and the challenges that come with a celebrity being open in discussing their religious beliefs.
The real-life Gaffigan may be best known for his bit about Hot Pockets, but he's also been very open in talking about his Catholic roots and the faith of his family, even granting an interview to Catholic New York last year. And in his sitcom's debut he puts that faith front and center without ever making jokes at the church's expense. Instead it is Gaffigan (the character) who is the target of most of the jokes when he finds himself caught in controversy after being photographed at a Manhattan comedy club carrying a jumbo-sized Bible. Even when he tries to explain what happened, his hesitation to just admit he's a practicing Catholic only makes things worse.

A photo posted by Jim Gaffigan (@jimgaffigan) on

Gaffigan's humor is a rarity: Catholic jokes that are actually funny without being offensive ("Catholics don’t need to read the Bible. That’s why they give us CliffsNotes on Sunday"). But the show also touches on the reality of how religion is often viewed by society. Gaffigan's character finds himself quickly labelled and judged for his beliefs, as people either condemn or applaud him based on false assumptions. It wouldn't be surprising to know that Gaffigan has in real life had to deal with similar (though less ridiculous) situations as a result of his openness about his faith.

Washington Post reporter Michelle Boorstein once wrote that Gaffigan is a great spokesman for the church who embodies the idea that you can embrace the secular culture without compromising your faith. His new show makes that even more clear, putting a positive image of living the Catholic faith on prime time TV. And best of all, it's pretty funny, too.