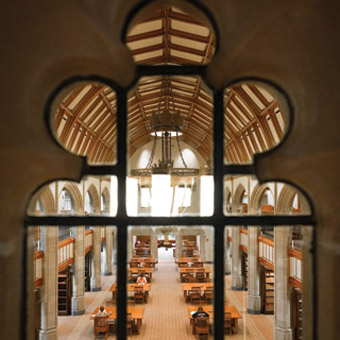 We’re seeing more opposition to the idea of social justice, this time not from Glenn Beck but from a Loyola University law professor and Jesuit.

“I often hear my confreres in the order and my lay colleagues assert that ‘our’ schools have the niche of meeting the needs of ‘social justice,’ and it is ‘social justice’ that is the raison d’être of and for these law schools,” writes Father Robert John Araujo, S.J. at Mirror of Justice.

According to “Value added?”—our recent article on what makes professional schools, specifically law and business schools, Catholic—the raison d’être of these schools was originally to educate Catholics who couldn’t be admitted to other professional schools and not necessarily to educate lawyers and businesspeople in a “Catholic” way. Nevertheless, our article found social justice—concern for how law affects the poor—to be part of a “mission-driven education” at some Catholic schools, even if the curriculum isn’t different from secular institutions.

Araujo’s question of whether any law program promotes injustice is valid, but what seems to be at issue is the definition of “social justice,” a term that I’ve always understood to be Catholic (and according to Wikipedia at least, it was coined by a fellow Jesuit). Araujo advocates for “an institution that is not ashamed of Catholic teachings,” but is not social justice an essential part of Catholic teaching?

It seems to be a matter of terms, since Araujo points to a number of areas where Catholic social teaching (see our primer on it) would influence practitioners of law. Are we allowing its opponents (and some of its non-Catholic proponents) define “social justice”?

Every day lawyers take actions that might not break legal ethics, but don’t necessarily align with social justice, the preferential option for the poor, solidarity, and other Catholic concepts. Do all business deals or regulations uphold workers’ rights, for instance?

A focus on social justice at law school can make the school unique. It’d be interesting to see if a study on how Catholic law school affects students’ career paths reflects the anecdotal evidence in “Value added?” What really might be the justice issue, however, is whether any law student—at a Catholic program or otherwise—can afford to do the work of social justice with law school loans.

I at least would hope that social justice would be rigorously defended by Catholic law professors.