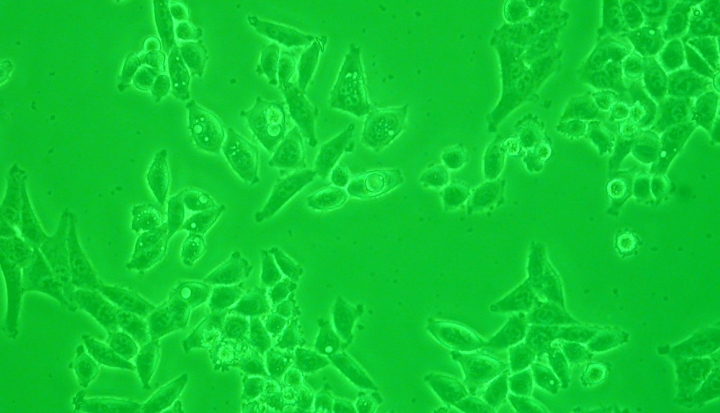 You may or may not know the name Henrietta Lacks. Her name (at least her last name) has been in the news quite a bit lately.

Henrietta Lacks gave us a gift, more than 60 years ago, though she didn't know it.

Ms. Lacks was a poor African American woman who was diagnosed with cervical cancer in 1951 at the age of 31. She died at Johns Hopkins Hospital, the only hospital in her vicinity that would treat African American patients. But while she was a patient there, without her knowledge or consent, her doctor took samples of the tumor located on her cervix and gave them to a colleague.

Those cells became known as the HeLa immortal cell line.

HeLa cells (called immortal because they can divide an unlimited number of times, so long as fundamental survival conditions are met) are used in scientific research. They were used to test the first polio vaccine, AIDS research, and cancer research. According to Rebecca Skloot, author of The Immortal Life of Henrietta Lacks, as of 2009, more than 60,000 scientific papers had been published with result using HeLa cells.

A lot of good has come from that research, and a lot of money has been made by corporations benefiting from that research. But the Lacks family has seen no formal recognition or financial compensation – until now.

Yesterday it was announced that the Lacks family will receive formal recognition in scientific research that uses HeLa cells, and they will also have a seat at the table in determining how HeLa cells will be used from this point forward.

Every time I hear about Henrietta Lacks and her mysterious immortal cells, I can't help but feel a little haunted. I have benefited in a very concrete and measurable way from the exploitation of that poor black woman in 1951. Specifically, I grew up with essentially no threat of polio. Similarly, my children are growing up in a world in which polio is likely to be eradicated altogether. And I am grateful.

I like science. I've always been a bit of a science buff and a nerd about it. But I also realize that the history of science is full of moments of exploitation – when we see human beings as objects to be studied or used in the name of advancing the cause. Henrietta Lacks in particular was able to be exploited because of her race, her sex, and her economic status.

But here's the thing: Catholic social teaching insists that every human life has dignity and value. A person cannot be exploited as a means to an end, even when that end is the eradication of a life-threatening childhood illness. The end does not justify the means.

So I am thankful that Henrietta Lacks, through her family, will finally have a voice. She will be recognized, remembered, and thanked for her contribution to science and to the health of the world.