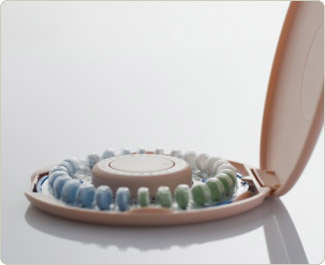 Does the Guttmacher Institutes’s report that 98 percent of sexually active Catholic women have used some form of birth control surprise anyone? Well, it should–at least somewhat.

I can already hear the chorus of self-appointed determiners of Catholicity warming up. But before you start singing that song we know you know by heart (Contraceptors are not Catholic!), here’s an unexpected twist: only 2 percent of Catholic women, even those who regularly attend church, rely on natural family planning.

Additionally, Countering Conventional Wisdom: New Evidence on Religion and Contraceptive Use reports that about 50 percent of women (of a reproductive age) go to church at least once a month and 57 percent of women who identify as having a religious affiliation say that it is very important to them.

Compared to their Protestant counterparts (both Mainline and Evangelical), Catholic women are almost as likely to use a form of birth control, which prompted the report’s lead author, Rachel Jones, to comment: “In real-life America, contraceptive use and strong religious beliefs are highly compatible.”

The compatibility between faith and birth control is up for debate, and quite literally has been for decades. But the fact does remain that Catholics regularly ignore church teaching on this subject. (More intersting to me is how younger theologians who write about family, such as Julie Hanlon Rubio, have moved beyond this discussion and focus on how a theology of family needs to incorporate a theology of social justice.)

The data isn’t new, though: It comes from the 2006-2008 National Survey of Family Growth. And the report was released in light of recent legislation that has threatened to cut spending on organizations that provide access to contraception (the introduction says, “Our measures of contraception focus on highly effective methods because access to these methods would be directly affected by recently proposed legislation”), a betrayal of bias in the conclusions it draws (see above quote from Jones). Still, the report is worth reviewing because it brings up some difficult realities regarding religious women and contraception, no matter where you stand on the issue. It’s not just that Catholic women are using birth control, it’s the fact that even high numbers–like 98 percent–aren’t especially surprising that should be cause for some serious reflection.