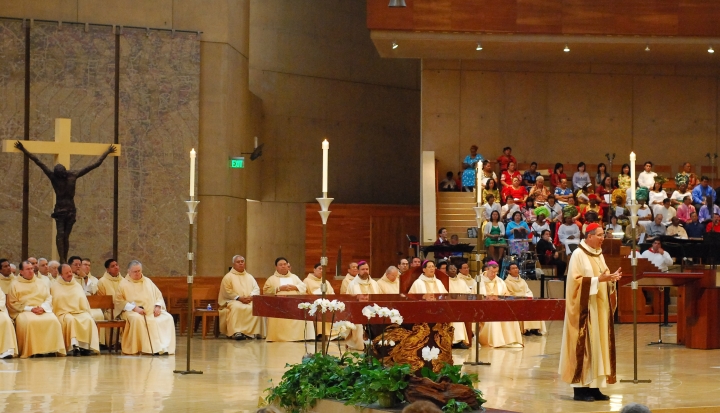 The New York Times' Frank Bruni turns the sharp edge of his pen against the Roman Catholic priesthood in today's column, invoking Garry Wills, whose next book, Why Priests? A Failed Tradition, will no doubt expose, as Wills' often does, the problematic underbelly of this quintessentially Catholic institution (shared also with the Orthodox and Anglicanism). Bruni doesn't tackle the theological dimension of priesthood–one assumes that Wills most likely does–but its insularity. Exhibit A: Cardinal Roger Mahony.

The LA archdiocese this week released the personnel files of priests accused of abuse, which time after time shows Mahony's abject failure to protect innocents or turn over offenders. It wasn't until 2006 that Mahony started meeting with victims, some 20 years after he started first dealing with cases–and a full four years after the Boston scandal broke. Before those meetings, Mahony claims in a statement released by the archdiocese, he "remained naive myself about the full and lasting impact of these horrible acts"–a statement to which we must add "willfully," just before naive.

Whether "Catholicism's Curse"–as Bruni titles his column–is indeed priesthood itself is a question worthy of debate, but the insular system by which priests are made–residential seminaries more or less totally remote from Catholic parishes, families, and their children–is certainly a part of the problem that must be eliminated. Indeed, while I don't see a direct connection between celibacy and child sexual abuse, I do see a connection between celibacy and the inability to identify and empathize with children and families, and I wonder how different the church's response to the sex abuse crisis would have been if the priests and bishops responding were themselves fathers of children. For some reason I don't think it would have taken 20 years for Mahony to grasp the impact of sexual abuse on children if he had a child of his own.

What no one can deny, however, is that what Bruni calls the "cossetted caste above the flock" is utterly destroyed, and Catholics must see to it that priests are never again elevated above the people among whom they serve. Indeed, we must energetically oppose any attempt to restore that form of the institution. We can do this without denigrating the priests who serve us day in and day out–indeed, we will be doing them a kindness by remembering that they are human beings like the rest of us, called to a particular service among us.