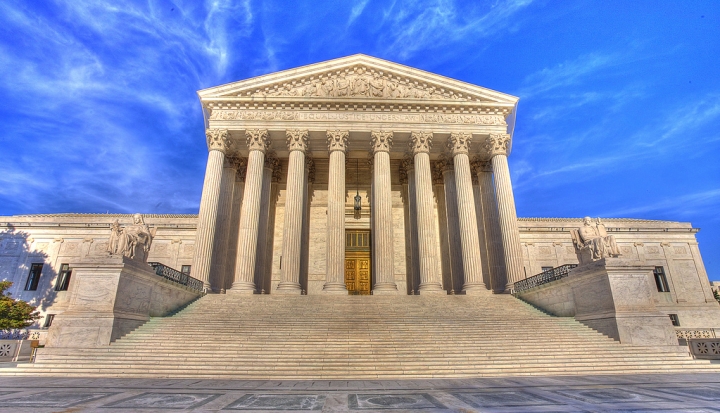 The Supreme Court’s two major decisions on same-sex marriage cases today were, not surprisingly, met with a rather negative reaction by the U.S. Catholic bishops. In fact, the bishops went so far as to call it “a tragic day for marriage and our nation” because, as they put it, “the Court got it wrong.”

But what, exactly, did the court get wrong? The bishops’ argument, as stated in a release credited to bishops’ conference president Archbishop Timothy Dolan and defense of marriage subcommittee chair Archbishop Salvatore Cordlieone, is (as you would expect) one that is steeped in Catholic teaching and values. Citing the teachings of Jesus on marriage, the bishops criticize the court for overlooking the importance of protecting the truth of marriage—or at least the truth according to the Catholic Church.

“The federal government ought to respect the truth that marriage is the union of one man and one woman, even where states fail to do so,” they wrote. “The preservation of liberty and justice requires that all laws, federal and state, respect the truth, including the truth about marriage… The common good of all, especially our children, depends upon a society that strives to uphold the truth of marriage.”

Though it is the bishops’ right, and even their duty, to proclaim the church’s teachings on marriage, religious beliefs cannot be the basis on which the Supreme Court makes a decision. In fact, the “truth that marriage is the union of one man and one woman” was not the question placed before the court at all.

In United States v. Windsor, the court wasn’t asked to debate a question of religious values or religious concerns. The justices weren’t being asked to decide whether same-sex marriage is immoral or damaging to society as a whole, or even whether the federal government has the right to pass the laws that “respect the truth” of marriage, only whether the federal government must respect the laws of individual states. And the ruling does not affirm that same-sex marriage should be legal nationwide.

What they were deciding in this specific case was actually a much more mundane issue—who qualifies for a spousal exemption from paying estate taxes. The court’s decision today affirmed that when a state chooses to recognize marriage between two people of the same sex, the federal government has to recognize that couple as being eligible for all federal benefits extended to married couples.

Although Justice Anthony Kennedy didn’t rely entirely on the principles of federalism in his majority opinion and also emphasized the issue of respecting human dignity, states’ rights are at the heart of this decision. If a state doesn’t choose to recognize same-sex marriage, then the federal government won’t have to recognize it either (even though this leaves many unanswered questions to be decided at a later date).

The bishops’ assessment of the case relies heavily on their own teaching about the sacrament of marriage, and the church should continue to strongly emphasize that sacrament and how it is defined. There will be plenty of opportunities and forums for them to make that argument going forward. But the justices’ decision—whether you agree with it or not—wasn’t based on determining the truth of marriage, nor should it have been.

It was a question of how the Constitution applies in a complex situation where the state and federal governments differ in their laws. Though the bishops and many Catholics are understandably unhappy with the conclusion the justices came to, that decision was reached without any consideration given to religious beliefs regarding marriage—just as the First Amendment’s establishment clause intended.