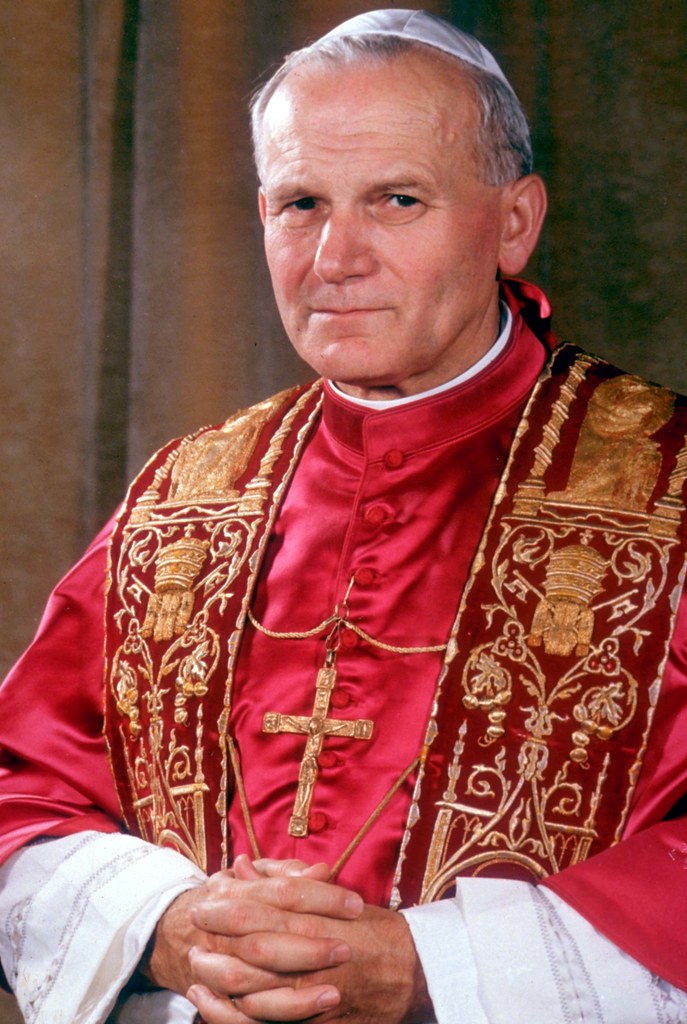 After his death in 2005, U.S. Catholic put together a special issue on the papacy, looking at John Paul II's legacy as well as the road ahead for Pope Benedict XVI. As we declare the pope who reigned for 26 years "blessed," we look back on these reflections again.

We also welcome your thoughts: What one part of JPII's legacy is most significant to you? Email your response (along with your name and city/state) to onlineeditor@uscatholic.org.

Unaccountable to the abused

The pope of push-back

Blessed are you
How do we honor a pope whose complexities are still fresh in our memory?

June 2005 Special Issue on the Papacy

When in Rome: John Paull II's legacy at the Vatican
In his 26 years as pope, John Paul II gave new shape to the papacy, Richard R. Gaillardetz reflected shortly after his death. With his beatification, it's worth looking back on his papal legacy to see whether Pope Benedict XVI has followed in John Paul II’s footsteps or found his own way.

What's left in his legacy: John Paul II and social teaching
As a voice for peace and justice, Pope John Paul II was a man for all political reasons.

If I were pope: A survey on the papacy after John Paul II's death
U.S. Catholic readers told us what they thought of Pope John Paul II and the papacy in his last years and right after his death. Take a look at how their opinions hold up now that John Paul II is beatified.