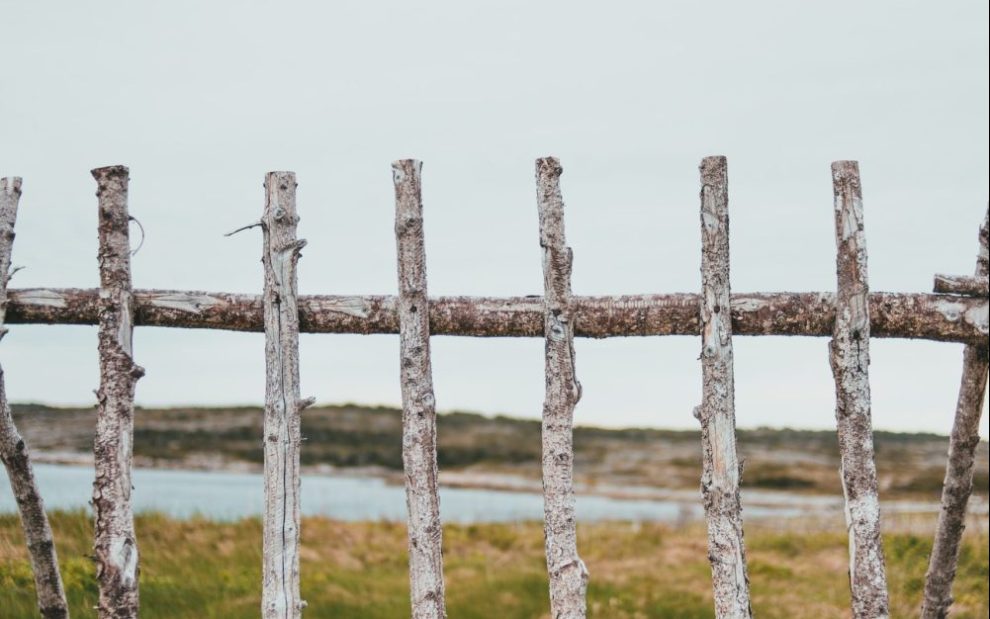 This year I did not head home for the holidays. Like the five previous years before that, I did not spend Christmas or any of the holiest of Christian holidays sharing sweet potato casserole and sliced ham with my parents. The origin of this distance rose from neither politics nor illness. Actually, I stopped speaking to my parents years ago due to dysfunction and abuse within my family of origin, despite all of us being Christian.

I know I’m not the only Millennial to wrestle with her Baby Boomer parents. Every generation has its foibles, just like every family and every person. I spent years striving to heal a problem that was not mine alone to solve, assuming if I had just one more conversation that my parents would finally apologize or change.

After stumbling into counseling in my 20s, my relationship with my parents worsened, even as I healed. With the help of three therapists over years, a close community including my husband and pastors, and the book Boundaries by Henry Cloud and John Townsend, I decided to try something new. Cloud and Townsend describe boundaries as fences, not walls. I thought, what if I build a fence?

I set a boundary, then another, then 100 more. Finally, after a decade of my parents bullishly ignoring the fence posts I’d carefully erected between us, I laid the final, immovable boundary: a brick wall. I stopped returning their calls, emails, texts, comments, and direct messages in July 2016.

Within dysfunctional family systems, according to Psych Central, finding relief often looks like a purging. The process of individuation can be lengthy and complicated, fraught with missteps. It often repeats again when adults become parents (sometimes called the “third individuation”). Though American parents—and especially religious parents—may chafe against the idea of children pushing them away for any reason at all, a religious model exists for such an individuation: Jesus, the baby in the manger, modeled it first. Jesus’ coming, in itself, offered an upheaval of the traditional model of family—Joseph is the stepparent, and Mary carries to term the offspring of God.

While Jesus does not shy away from conflict with family members (as we see again in Matt. 12:46–50, Mark 3:31–35, Luke 8:19–21), Jesus also models peaceful relationships between relatives. Remember, Jesus’ brother James led the Christian Jerusalem church and even suffered martyrdom as he followed his big brother’s example. And Jesus, as he hung on the cross, matched his disciple John as a new son to care for his mother Mary in his absence.

As people of faith, we must hold both realities in one hand with tenderness toward all parties involved. When we consider family conflicts—both our own and those families to whom we might minister within church settings—we must offer space and seek to ensure health and healing for all involved. After all, on each side stands a human being beloved of God.

Yet not every family conflict will find a resolution. While religious Millennials often face unique pressures from their churches and ministries to take to heart only the family-friendly messages from their sacred texts, churches misread the timelines of scriptural reconciliation, which is often slow and painful. Consider the story in Acts 15:36–41 where St. Paul and his missionary partner Barnabas disagreed so strongly that they split ways, taking them decades to repair their friendship. Conflict never has a one-size-fits-all solution, even at church.

So while many of my friends from similarly troubled backgrounds were able to instigated agreed-upon limits that allowed healthier versions of family relationships to develop, this was not my story.

After spending years in conversation with my husband, therapists, intimate friends, and the offending family members themselves; years of boundary setting and then boundary crossing by those same family members; years of panic attacks and piles of therapy bills, I removed myself from these relationships altogether. When other methods of reconciling failed, my husband and I decided that was the only option left.

While I know such a move is not tenable for all people who fight with family members, it became a simple choice for us. Together, my husband and I made a decision to prioritize my personal mental health over family relationships—because my mental health, while individual, is not private either. I am a mother and a wife and a writer. All of those roles require me to be healthy in order to do them well. Interacting with my family of origin had become a part-time job, consuming much of my energies that needed to be spent elsewhere. To be honest, I still feel astonished at the emotional space I have discovered through utilizing such a severe boundary and grateful I can now cultivate this ground with creativity and care I never would have imagined before.

In particular, after having grown up within a family of origin bent on controlling my every move—from the instrument I played to the bathing suit I wore to the major I chose—I have felt comforted that Christ’s method of discipleship is one of invitation, not demand. “Come and see,” Christ says to the fishermen. “What do you want from me?” asks Jesus when he encounters the blind, lame, and sick. “I stand at the door and knock,” says the Creator at the end of time, a startling revelation in itself. Even when Christ arrives to judge the world—a fact that cannot be stopped by human will and certainly not by any shut door—even then, Christ does not break down the door that he has erected. Christ, even at the end, acknowledges the autonomy of each person he has made.

And so, slowly, I have made peace with my choice to live a life separate from my parents. Maybe, sometime in the future, my capacity will shift, and I will reimagine what it might look like to reunite with my loved ones. After all, boundaries are fences, not walls. Yet the time is not right. I know that a nostalgic Christmas with footie pajamas and mom’s cinnamon rolls is out. Family reunions, grandparent weekends, and camping trips are all gone from the picture—at least for now.

Liz Charlotte Grant is an award-winning freelance writer from Denver, Colorado. She’s published in Christianity Today, the Christian Century, the Huffington Post and other platforms. Her newsletter (thEmpathyList.com) was nominated for a 2022 Webby Award, and her first book will be published by Eerdmans in 2024.