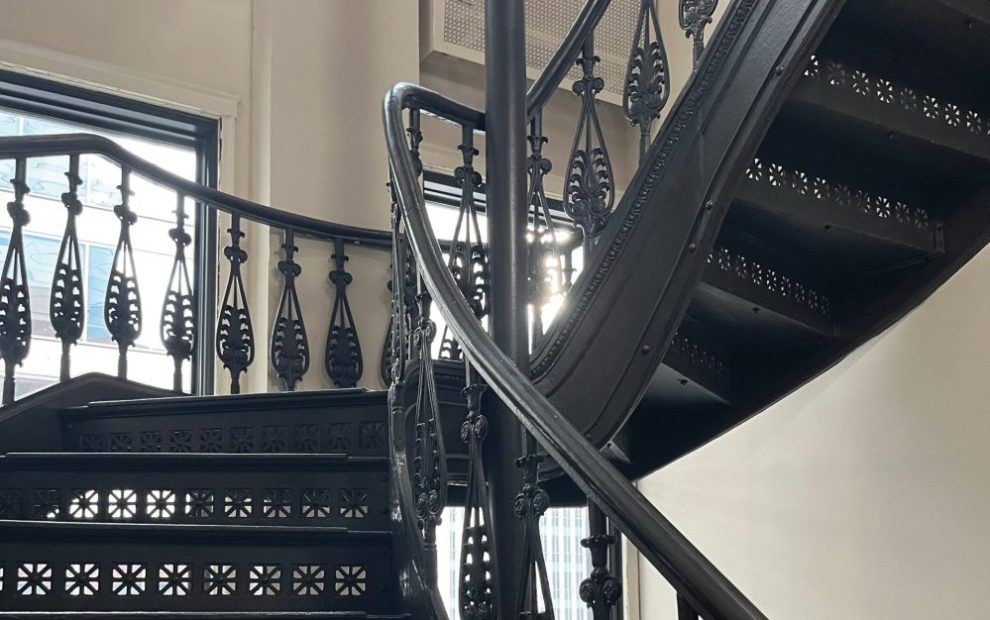 “Now when Jesus came into the district of Caesarea Philippi, he
asked his disciples, ‘Who do people say that the Son of Man is?’ ”
(Matt. 16:13)

My calling to be a priest came six years before I was born. In June 1944, after the Allies took Rome, Pope Pius XII met with a few soldiers, including my mother, in the Sistine Chapel. The Swiss guards arranged chairs in a circle, and the pope, in broken English, asked where they were from and about their families. My mom told the pope she had a cousin who was a priest. The pope excused himself, left the room, and brought back medallions for everyone in the group.

He gave my mom two additional medallions, each of which depicted Peter laying hands on a disciple. He said, “Give one to your cousin, and the other is for your son.” This startled my mom, who told the pope that she wasn’t married or even dating. Pope Pius XII responded, “Save it for him.”

While I’ve known that I was called to be a priest since the first grade and believe my calling came long before that, it hasn’t always been an easy journey.

In the spring of eighth grade, I applied to a Franciscan minor seminary. My parents and I went to our pastor to have him sign the application, but he refused. He said he would no longer send boys to religious orders, and I had to be a diocesan priest. I left the rectory in tears.

In 1968 I entered St. Charles Borromeo Seminary. Although I did well in school, after finishing the college-seminary, the vice-rector told me the school was considering asking me to leave due to my stuttering, because “stuttering would cause mockery of the Eucharist.” Fortunately, for me, they didn’t.

In 1976 I was a diocesan priest in southwest Philadelphia. Employees of the local Catholic grade schools were trying to unionize. The diocese asked the priests to read a letter from the pulpit pointing out why this couldn’t happen. I prefaced my reading by asking parishioners to pray for the archdiocese, pastors, and teachers and to ask God to present a just resolution. A few months later the archbishop confronted me and said that I should have been “thrown out of the diocese, bag and baggage” for denouncing him and my pastor at the altar. However, he would excuse my immature behavior.

Over the next few years, I became active in civic associations and local ministers’ groups to try to ease racial tensions in my neighborhood. A new pastor came to my parish, and I publicly challenged him to do more. That afternoon, I received a call from the diocese that I was leaving the parish.

In 1987 I engaged in civil disobedience (which I wrote about in the April 2022 issue of U.S. Catholic). Finally, in 1994, after another run-in with the diocese over a speaker I had brought to the Newman Center at the University of Pennsylvania, I said to a diocesan official that I felt like the diocese didn’t want me. He said, “Tom, the diocese doesn’t want you. No bishop or diocese wants you.” I was stunned and responded, “Well, someone wants me, and I’ll find them.” In 1995 I went on a 30-day Jesuit retreat to pray about where I should go. The following January, I was awakened by a voice that said, “Go to the Claretians.”

As a Claretian, I have done parish ministry, youth ministry, formation ministry, and more. In 2017 I was elected to our Provincial Council, where I handle our finances. As a young boy, I knew God called me to the priesthood. I just had to learn to trust in the Spirit’s guidance and listen to the inner stirrings of my heart.