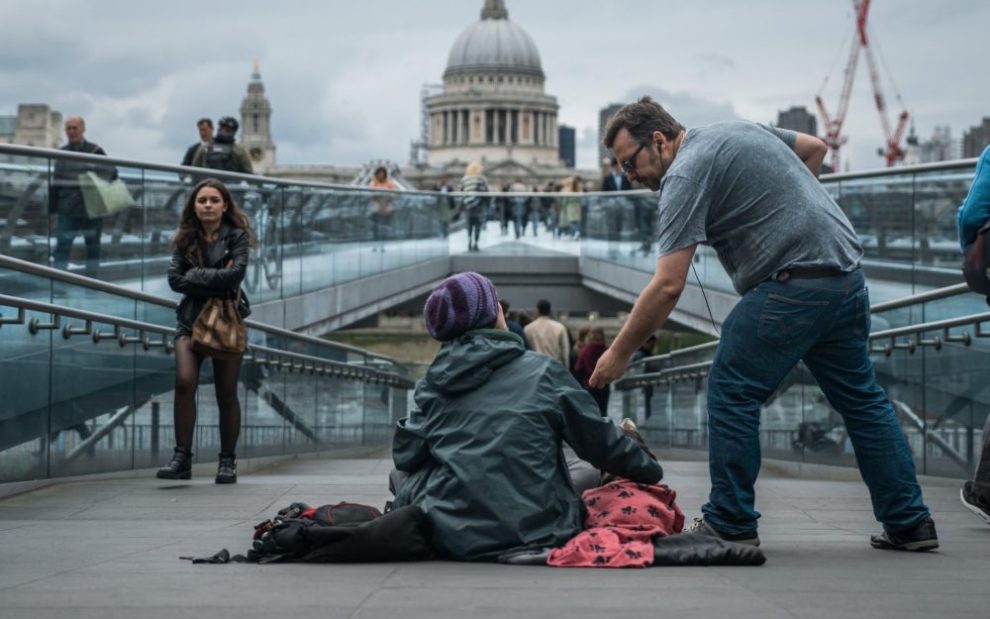 Charges of “virtue-signaling” can be found frequently on social media these days. After the murder of George Floyd, those who expressed outrage at both the murder and the systemic abuse of power by police were scolded for virtue-signaling. Climate activist Greta Thunberg has been accused of virtue-signaling when she pleads for sanity in addressing climate change. Critics of Putin’s war against Ukraine have been told they are simply virtue-signaling. Whether you prefer a vegan diet, practice kindness to homeless people, or oppose the death penalty, there’s a chance you will be told that you are motivated not by genuine ethical concern, but by virtue-signaling.

Well-intended people, intimidated by such charges, may be tempted to silence themselves out of fear they will be seen as show-offs. They may be confused by the charge and, being humble, wonder if there might be something in it. Is it just showing off to protest an evil or advocate for a good? Nobody likes a poser.

But these well-intentioned people should not be silenced. Still less should they be ashamed, as God is with them, not against them, and gives them tools to build their confidence as they seek to speak for what is right.

If a person says or does a good thing because they believe it is the right thing to say or do, or that it pleases God, or because their conscience demands they do it, they are not virtue-signaling. And this, according to St. Paul, extends even to those who are not Christian or who do not believe in God:

“When Gentiles, who do not possess the law, do instinctively what the law requires, these, though not having the law, are a law to themselves. They show that what the law requires is written on their hearts, to which their own conscience also bears witness; and their conflicting thoughts will accuse or perhaps excuse them on the day when, according to my gospel, God, through Jesus Christ, will judge the secret thoughts of all” (Rom. 2:14–16).

And remember the words of Jesus:

“You are the light of the world. A city built on a hill cannot be hid. No one after lighting a lamp puts it under the bushel basket, but on the lamp stand, and it gives light to all in the house. In the same way, let your light shine before others, so that they may see your good works and give glory to your Father in heaven” (Matt. 5:14–16).

Jesus not only commanded us to do good deeds; he delights for them to be seen. Deeds that are done, or words that are said for the glory of God, or simply because they are the right thing to do or say, are pleasing to God indeed. Again, this applies even to those who might not believe in God. God cares far more that we do God’s will than that God gets the credit for it.

This is the point of the parable of the sheep and the goats. The sheep, when they meet Jesus, who commends them for caring for him, are astonished and ask, “When did we see you hungry, thirsty, naked, sick, in prison?” Though they had no idea it was Jesus they were serving, Jesus still accepts their acts of love. They who love—or even attempt to love—do the will of the Father, even if they do it imperfectly.

And there are many ways to do this. The gospel counsels include, but are not limited to, caring for orphans and widows, feeding the hungry, giving drink to the thirsty, caring for the sick, clothing the naked, sheltering the homeless, visiting the imprisoned, ransoming the captive, burying the dead, admonishing the sinner, instructing the ignorant, counseling the doubtful, comforting the sorrowful, bearing wrongs patiently, forgiving all injuries, and praying for the living and the dead. As long as these and any other good deed are done to the glory of God or because it is the right thing, and not for applause, this is virtuous—not virtue-signaling.

If you act justly and are accused of virtue-signaling, you should never feel intimidated or ashamed. Nor should you feel you have to prove your innocence. God is the only judge who matters in such cases. That is one reason why St. Paul tells the Romans to take it easy on each other when it came to the triviality of food preferences. Paul understood that some people had qualms of conscience about eating certain foods they saw as ritually unclean while others ate whatever they pleased. Instead of choosing sides and sitting in judgment of one faction, Paul told all parties concerned to see each other in the light of love:

To understand what is and is not virtue-signaling—and to act always out of love rather than shame or pride—is to fulfill the will of God and walk in peace before God and with one another. Those who walk in that peace help the work of the kingdom of God, and send out ripples across the world.