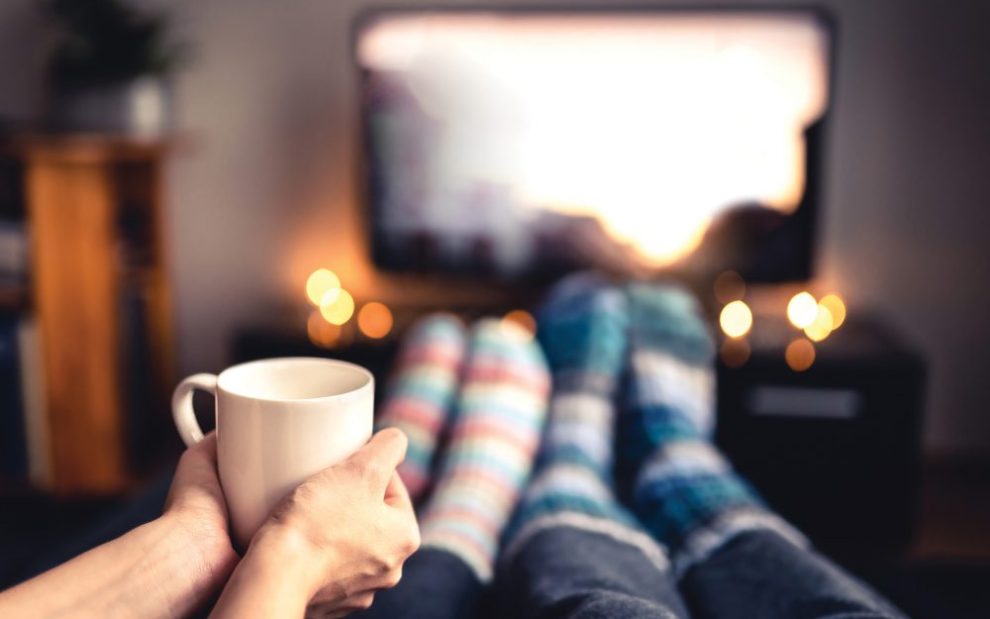 My all-time favorite movie—not just favorite Christmas movie—is It’s a Wonderful Life. Plenty of ink has been spilled over this movie, sometimes revering it as a cinematic masterpiece, other times slamming it as sentimental hogwash (to quote the movie’s villainous Mr. Potter). But to me it’s a poignant and surprisingly dark examination of the challenges and blessings of life—and how those are intimately intertwined.

My viewing experience has changed dramatically as I’ve watched it at new stages of life. Each time seems to reveal new truths and insights—especially now that I’m a parent and dealing with the daily joys, frustrations, and sacrifices inherent in that vocation.

The film follows George Bailey, a small-town everyman with much bigger ambitions, whose dreams are thwarted by various life circumstances at every turn. On a particularly stressful Christmas Eve, George considers suicide and is visited by his guardian angel, Clarence, who shows him what the world would be like if George had never been born, ultimately convincing him of the impact he has made through his frustratingly ordinary life.

I had seen snippets of this movie in various Christmas seasons throughout my childhood, but I didn’t sit down to watch it all the way through until high school. It wasn’t until college that I truly embraced it. It became aspirational for the life I eventually wanted for myself. Early in the movie, George is full of promise and vigor. He falls in love with Mary Hatch and dreams of exotic travel and a career doing something “important,” like constructing tall buildings and planning cities.

I was personally more interested in the “ordinary” life that Mary craves and that George ends up with. I wanted to find my real-life Mary and settle down in a modest home. We’d build our lives together and start a family. We would raise our kids, and I would grow in my career, counting my blessings and appreciating everyone in my life. Who needs Clarence?

As it turned out, it took me more years than I expected to eventually find my own Mary, and I was often bitter throughout that period of waiting for my vocation to come to fruition. My annual viewings of the movie almost felt like they were taunting me. What’s George so upset about? He’s got exactly what I want! When would I get my wonderful life?

One fine December, however, I was watching the movie at a friend’s house. Another guest was a woman I had met months earlier. A mutual interest was blossoming between us, and I think I watched her more than I watched the movie that night. Would she like it? Would she laugh at the right moments?

By the next December, she was gifting me a “You Are Now in Bedford Falls” sign that would eventually hang in the living room of our home together. I had found my Mary—her name is Theresa—and I would surely not take anything for granted anymore. My wonderful life was finally coming together!

At various points in the movie, George surely feels the same way. But George and Mary’s romance and life plans are continually interrupted by circumstances beyond their control. On the night they fall in love, George is pulled away by news of his father’s fatal stroke. Years later, their “just married” bliss is interrupted immediately by a Depression-era run on the bank.

Theresa and I had our own run-on-the-bank moment early in our marriage, as I found a cancerous lump in my neck on our honeymoon. Our first year of marriage was defined by doctor’s appointments, chemotherapy sessions, and CT scans. This was obviously not the newlywed life we had imagined, but we weathered this storm with a Bailey-like commitment to one another.

One appealing, rewatchable aspect of the movie is its episodic nature. We get scenes from George’s childhood, young adult years, early family days, and the climax of the heavenly hocus pocus with Clarence on Christmas Eve. These episodes often show George at his lowest points—acting frustrated, jealous, sad, or cruel. But we’re only seeing short vignettes of his life, and to dismiss him as a hateful grinch would be to miss the movie’s point and its broader application to our lives. It’s a wonderful life, all right. But life is full of opportunities, decisions, setbacks, and triumphs.

Nowhere is this more prevalent than in the realm of parenthood. The chaotic domestic church of the Bailey family is on full display throughout the movie. George and I both have four young children, and everything about the Bailey household has an air of familiarity. In just a few short scenes, It’s a Wonderful Life shows the parental low point of overreacting to your kid’s annoying tendencies with needless anger, as well as a child’s illness momentarily pulling George outside of himself, his anger, and his problems to tenderly comfort his sick daughter Zuzu at her bedside.

The movie gets at the fundamental challenge of parenting: How can you balance the raising and enjoyment of your children with the duties of the daily grind and the necessity of attending to your own needs without completely losing yourself? Sometimes your greatest blessings feel like your biggest problems. At one point, George snaps at Mary, “You call this a happy family? Why do we have to have all these kids?”

This line is a famous inside joke in our house. As Theresa and I embarked on building a family, we didn’t plan to have four children in five years. Given the fact that my doctor said chemotherapy would likely render me sterile, this is a miracle from God and an answer to our prayers. But when I’m changing the ninth diaper of the day while two other kids wail in the background, I sometimes find myself asking George’s question in all seriousness, and it’s remarkably easy to look the gift horse of my wonderful life in the mouth.

Inevitably, I find Zuzu’s petals in my pocket—a quiet moment of fun with my oldest daughter, a tender hug from my 2-year-old, or the joyful sight of three kids running out of the garage to greet me when I get home from work. This is the life that I wanted, the life I have been called to, and the life that I love.

It’s a Wonderful Life is a two-hour exploration of the art of dying to yourself—and an annual reminder to me of the fruits that flow from that decision. The film echoes the timeless message of the Savior whose birth we celebrate in this holy season: Your life is a gift that is meant to be shared in the service of others.