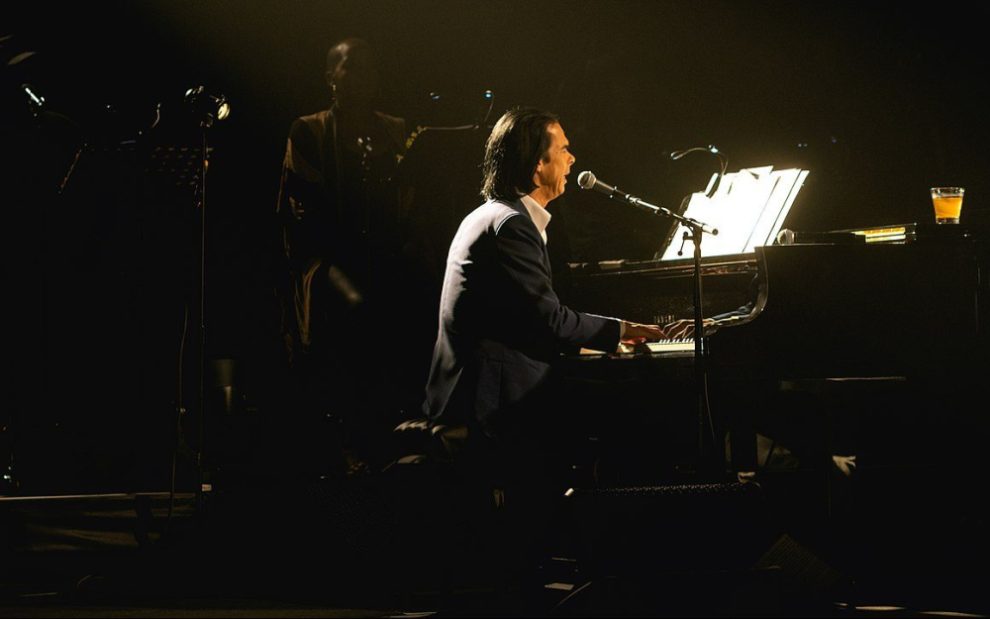 Have you ever listened to a favorite poet recite beloved poems? The words, so well known, are made new in the tone and cadence of their author. It can be disarming if it’s not the inflection you imagined or perhaps too fast for a lingering temperament. There’s a significant difference between a poem and a psalm, however, and Nick Cave makes that abundantly clear in his new album, Seven Psalms.

Psalms were always intended to be vocalized, not read silently in the mind. They fall into categories such as praise, lament, and thanksgiving. On his past albums Cave often hovers around these themes in his songs yet intertwines them with a darker sensibility that is at times visceral and vulgar. There is little of that here, and the darkness that does surface draws from references to the biblical psalms themselves.

Instead, what unfolds in the seven short psalms, backed by subdued and ethereal music, is both solemn and reverential. A narrative arc unfolds, from longing for God to self-accusation, to pleas for mercy, to surrender and trust. The centerpiece of the narrative is “Such Things Should Never Happen,” which describes the loss of a child. It’s difficult not to read Cave’s biography into this piece, as he tragically lost his teenage son in 2015. But here the narrative takes on a universal character and is heartbreaking in its acknowledgment of suffering for which we have no answer and the challenge of moving forward.

There are gems to be found in the details of Seven Psalms, such as Cave referring to God as his “one true bride.” Or this captivating phrase: “A gas canister spins hissing through the street / praise you with wondrous adoration / in love and blessed glory, oh defeat.” Such contemporary and personal references remind us that psalms are not things of the past but prayers for our present reality and an expression of our whole selves to God.