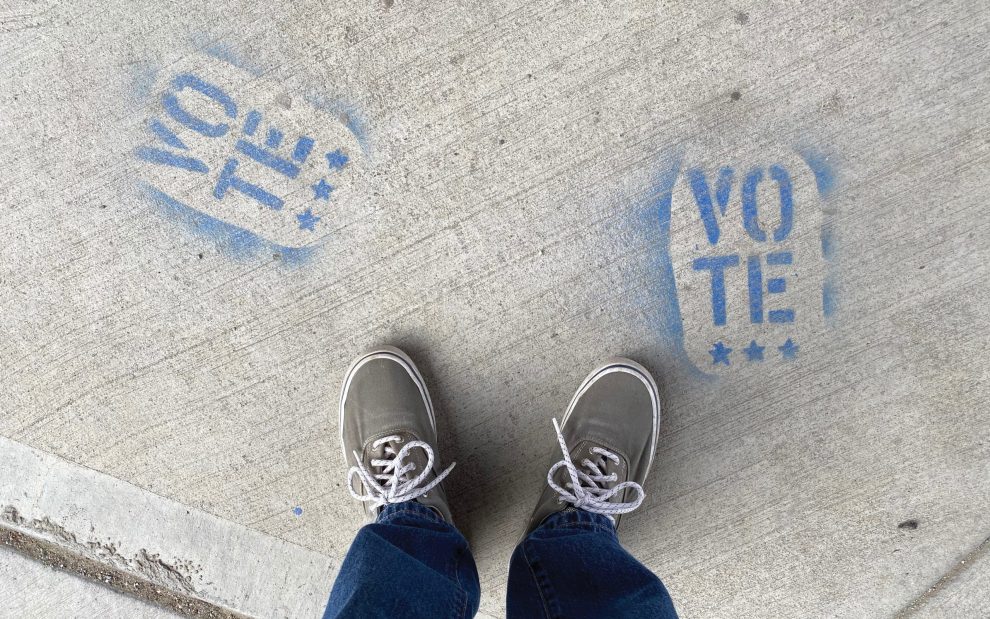 “Do you feed your children macaroni?” This was an actual question that 19th-century officials surveying the Lower East Side of New York City would ask Italian immigrant mothers. If they said yes, then the officials would check “not yet assimilated.” The Tenement Museum in New York is a wonderful place to step back in time and challenge our assumptions about historical periods of migration and poverty. The United States often proclaims itself a “nation of immigrants,” yet immigrants are often kept on the margins of the political community.

Democracy, or a democratic republic, only exists when there is self-governance. It requires a government, to quote President Lincoln, “of the people, by the people, for the people.” Yet, at the center of a lot of political and social division in the United States are disagreements about who counts as and who defines “the people.” The question lurks in seemingly apolitical descriptions of the electorate, in instances of voter suppression, and, every decade, in the taking of the census. The deep divisions we all see often reveal divisions in who we do or do not recognize as part of our community.

As Pope Francis states in the 2020 encyclical Fratelli Tutti (On Fraternity and Social Friendship), the hallmark of a “living and dynamic people” is “its ability to welcome differences.” As we approach this year’s election, Catholic social teaching asks us to reflect on what it means to be “a people.”

In Fratelli Tutti, the pope explains that “the people” is not a static or exclusive boundary. It is not a mere collection of individuals in a physical space. “To be part of a people,” he says, “is to be part of a shared identity arising from social and cultural bonds. And that is not something automatic, but rather a slow, difficult process.” Just as “neighbor,” in the command to love your neighbor, is not really about the person who lives next door, so too “the people” is not defined merely by shared geography or language.

Drawing on this theology, the pope offers us “the people” as a category that can help us center the communal struggle against injustice. Argentine theologian Emilce Cuda explains that this category “is about unity in difference.” This communal identity is rooted, she clarifies, “in memory of the injustices suffered as a community and of the community’s decisions to confront them.”

It’s important to distinguish that this is not a reference to populism, the tendency of people to rally, usually out of a sense of destructive anger, around a leader who promises to punish those who’ve wronged them and restore their community to power or prominence. Pope Francis lived the pain of this reality in the 1970s in Argentina, and he has condemned it at every turn.

Rather, sharing lived memory rooted in truth and confronting injustice is not a quick or easy solution. This month some will mark “Columbus Day” and others “Indigenous Peoples’ Day.” Grappling with a legacy of colonialism and oppression is difficult. Collectively, the United States does not engage in this self-criticism well (as contentious battles in the last two years over whether and how to teach the history of slavery demonstrate).

Politics can and should be a noble vocation.

Catholic social teaching doesn’t provide a way out of that challenge, but it does remind us to evaluate from the margins, from the perspective of the excluded. Thus, in trying to embrace “the people,” Pope Francis calls upon us to center the lived memory of Indigenous peoples. This is the way he proposes to build fraternity and social friendship.

“Good politics,” according to the pope in Fratelli Tutti, “will seek ways of building communities at every level of social life” rooted in what he calls political love or charity. For Catholicism, politics and government play important, positive roles in working for the common good. Our civil government should reflect the needs of the community. According to Catholic social teaching, small government is not good because it is small, and government itself is not viewed with suspicion. Politics can and should be a noble vocation.

Political participation is a right and duty. It is also morally complex. Political decisions are bounded choices, and there is rarely, if ever, a simple choice or ethically perfect candidate or proposal. Faithful citizenship, then, is about both the prophetic witness of protest and voting, about joining community boards and paying taxes. Doing this cannot be a simple adding up of self-interest. Catholic social teaching is not utilitarian, not the greatest good for the greatest number. The common good must involve discerning together as a people, lifting and centering the experiences of those struggling against injustice. Good politics focuses on the margins, on those caught up in what Pope Francis calls the “throwaway culture.”

Reflecting on what it means to be “the people” sets us on the right path to discern this November as we carry out one of the most important aspects of faithful citizenship: voting.