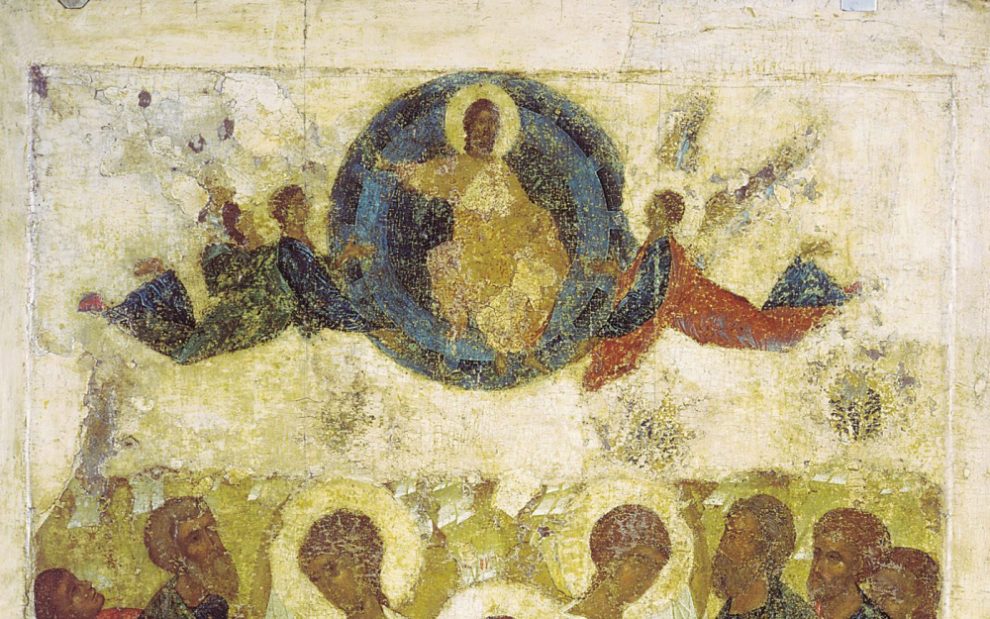 While Jesus and Mary both enter heaven miraculously, only one does so on their own power. Just as Jesus descends from heaven in the incarnation, he returns to heaven in the ascension. Jesus, true God and true human, ascends on his own power.

Mary, on the other hand, has no ability to rise into heaven on her own. Mary is venerated by the church as the Queen of Heaven and Earth and the greatest of the saints. Like us, however, she is fully human. Mary is not God: She is assumed into heaven by God.

Another key difference is how these beliefs have been revealed to the church. Catholics understand that divine revelation comes in two forms: sacred scripture and sacred tradition, both of which “are to be accepted and venerated with the same sense of loyalty and reverence,” according to Pope Paul VI in Dei Verbum (On Divine Revelation).

Scripture describes what happens during the ascension: Forty days after his resurrection, Jesus tells his apostles that the power of the Holy Spirit will come to them. “When he had said this, as they were watching, he was lifted up, and a cloud took him out of their sight” (Acts 1:9).

The assumption, however, isn’t in scripture at all. Pope Pius XII was the first to pronounce Mary’s assumption as dogma in 1950. This divine truth is revealed and handed on through sacred tradition.

However, this doesn’t mean that Mary’s assumption is new. The understanding that Mary, body and soul, was assumed into heaven at the end of her life has developed over time, and the church taught this far before the 20th century. Pope Pius XII’s declaration, then, was a formal confirmation of what the church already believed.

Both events, though, tell us the same story. Mary’s assumption is only possible and only makes sense in light of Jesus’ ascension. By ascending into heaven, Jesus, as he does in the resurrection, defeats death and provides a new way for his followers. Mary, the first disciple of Jesus, shows us how a life lived in conformity with God’s will should end: by entering, body and soul, into perfect communion with God.

Both the ascension and the assumption remind us that we too are called to live in conformity with Christ. Christ has defeated death and has opened the gates of heaven. Like Mary, we are invited to participate in his resurrection and live in eternal communion with God. Death is not the end.

Michael Hagan is a writer who works in Vermont.