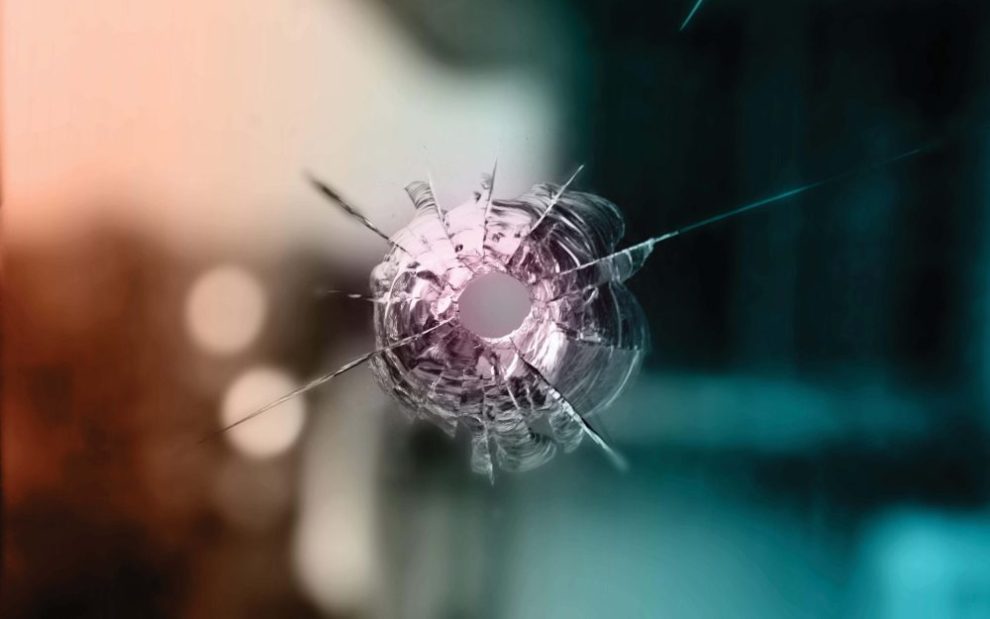 My mom and I were at the butterfly garden with my 8-month-old when the calls and texts started coming in. “Are you OK?” worried friends and family members asked. “We see that there’s an active shooter situation in Chicago. Are you safe?”

Once we looked up the news and saw what was happening—that there had been a shooting at a Fourth of July parade in Highland Park, Illinois—my first reaction was one of relief. We’re about 45 minutes away from Highland Park, so my child and I were safe. But close on the heels of that relief was overwhelming fear. It was the Fourth of July. We could easily have decided to go to a neighborhood parade instead of to the garden—the baby would have loved it. And underneath that was rage: Not again.

Shooting after shooting after shooting. Death after death after death. I no longer have the words to make sense of all the lives lost, the children who won’t grow up, the people who have lost loved ones. I no longer have the words even to grieve. What else is there possibly to say that hasn’t been said? How much longer will our country keep letting this happen?

Biblical scholar Phyllis Trible talks about “texts of terror” in a book by the same name—scriptural stories about horrific violence against women. Because these stories are based in systems of misogyny and patriarchy, there is no comforting resolution, no easy way to make sense of them, no convenient way to fit them into our preexisting theologies or ideas about God.

I can’t help but read the massacres in Uvalde, Texas; Buffalo, New York; and Highland Park (and the list goes on) as our nation’s most recent texts of terror. Those killed are unnecessary victims of structures that exist only to enact violence on others. There is no justice. No greater meaning to their deaths. There is just pain and loss.

It can be tempting to ignore the news of yet another tragedy. To stick our head in the sand. Perhaps to click on videos of kittens instead of yet another news clip about gun violence. But as tempting as this is, we have a responsibility to stand witness.

Likewise, Trible says, if we take scripture seriously, then we must not turn away. If we find meaning in the Bible, we have to acknowledge not only the beautiful and comforting and “easy” passages: We cannot forget that the Bible also includes these stories of horror. These texts might not show up in the lectionary or in sermons, but they are there nonetheless.

In an interview for the Field Hospital podcast, Cardinal Blase Cupich speaks about the language of “thoughts and prayers” that is often invoked after a mass shooting or other kind of tragedy. What such language often misses, he says, is that prayer is not a passive thing. You can’t just offer prayers and think your work is done. “Prayer is an invitation from Jesus to put our hands in the wounds of the suffering people,” Cupich says. He compares prayer to Thomas feeling Christ’s wounds: Prayer is a call to conversion, to changing your heart and mind and caring for people in a new way.

Trible comes to a similar conclusion regarding biblical texts of terror. In a chapter discussing the murder and dismemberment of an unnamed concubine (Judges 19), she writes, “The [biblical] story is alive, and all is not well. . . . We must take counsel to say, ‘Never again.’ Yet this counsel is itself ineffectual unless we direct our hearts to that most uncompromising of all biblical commands, speaking the word not to others but to ourselves: Repent. Repent.”

When faced with these modern-day texts of terror, I hope we as a nation and as a culture can do the same: stand and act with the victims of violence through prayer and repent for our participation in our nation’s culture of violence.