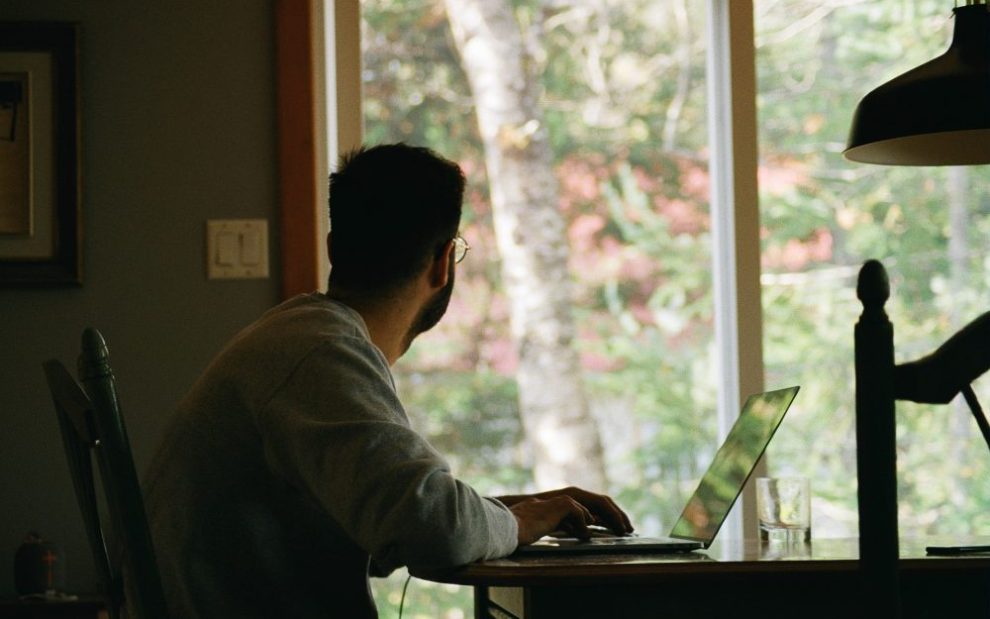 Many of my weekdays involve a lot of pacing and meandering. With laptop in hand, I gradually shamble from desk to dining room table to couch (and even to bed on the groggiest afternoons). I try to remember to take a lunch break walk along Lake Michigan, but that’s a habit I have yet to get the hang of. After clocking out I may do some errands but more likely than not it’ll be more of the same: pacing and meandering, though now soundtracked by the dull roar of Netflix instead of the relentless pinging of Outlook and Slack notifications. Eventually I fall asleep.

I’ve certainly had better days, and I hope that this monotony is not the norm for the approximately 25 percent of Americans who work remotely, but I would be surprised if I were the only single young adult who spends many days like this.

I had the unfortunate privilege of starting my first 9-to-5 job in the summer of 2020, during the height of the pandemic. As much as I love the work I do and the people with whom I work, there is a part of me that feels cheated by circumstance. I’d imagined my life would be funneled through a neat and tidy pipeline—first school, then college, then work—with each successive stage in the pipe featuring built-in opportunities and structure that would provide purpose, stability, and community. After two years of remote work with no end in sight, it’s safe to say that that pipeline has burst, if it ever existed at all.

For the certain cohort of Millennial strivers of which I am very much a part, this pipeline was solid ground, the path to a future that would feel like Suits if you were lucky—and if you weren’t, The Office wouldn’t be too bad. Obviously this expectation was only possible due to a certain level of privilege; if I were to tell one of the 64 percent of Americans living paycheck to paycheck that a life like the one depicted in one of the most beloved sitcoms in the last two decades was my backup option, I’d be laughed out of the room, and rightly so.

The transition to remote work has left me—and certainly many others—feeling for perhaps the first time truly isolated, anxious, rudderless, and powerless. But as painful and lonely as this moment is, I think it has also been the shock to the system that I’ve needed to continue growing as a person. It has presented me with the opportunity to take an active, engaged role in seeking out purpose and community, rather than falling into the tidy pipeline life that walled me off from those less privileged than me.

If we can genuinely embrace the opportunity to reimagine our career and work lives in the way that remote work allows, we can adopt a mindset oriented toward service and the common good rather than simply toward our own personal comfort. In other words, a mindset more oriented toward Christ.

The following are a few mental shifts I have attempted to adopt over the past two years as I’ve struggled to reframe the work-from-home lifestyle in a way that puts the common good first.

Your community is more than your coworkers

The standard office job has a way of siloing you off from the world. You spend 40 hours a week working alongside people with similar incomes, interests and aspirations, and often educational and cultural backgrounds. While many workplaces are making a concerted push for greater diversity and inclusion, it seems to me that there’s only so far you can get in a workplace setting. The people in an office building simply cannot adequately reflect the whole diversity of human life. To get there, you really do have to step outside your office doors.

Remote work provides a great opportunity to do just that—not only because it takes away the physical building, but because it provides an impetus to proactively go out into the world and build community beyond the confines of an office. Watercooler chats, company retreats, and after-work happy hours can adequately sate some of that innate thirst for human connection we all have in our souls—or even most of it, if you’re an introvert like me—but those are no longer options. The offices are closed. Your people are scattered.

Rather than lamenting that these “easy options” for forming relationships aren’t available, it might be time to see just how far that thirst for connection can take you. Let it draw you out into the parts of the greater human community that you’d never considered exploring. It’s only once you’re there, I think, that you can really begin to heed Pope Francis’ call to fully encounter and accompany others.

Your duties aren’t limited to your job description

It seems like something of an open secret that, for many remote workers (at least, for those without children or other responsibilities), it’s a lot easier to get things done efficiently. Without the stressful time-sink of morning and afternoon commutes or the distraction of impromptu meetings with colleagues or general office noisiness, I find that I’m often able to complete all the day’s tasks with plenty of energy to spare. I’m usually not exhausted at the end of the day (or the week) in the way that I frequently was at previous jobs.

I’ve seen people react in two competing ways to this revelation, and I don’t think either way is quite right. The first is to convince yourself that you’re just not doing enough work and to pile more tasks into a day until that extra energy is depleted. The second, which I have often been guilty of, is to just do nothing with that energy and rest as if you had actually used it: “My work is done, and so am I.”

Both of these reactions suffer from a limited imagination. They both spring from the belief that the only thing for which energy can properly be used is what’s in your job description; that it is, in effect, owned by your employer.

A better way to react to this newfound energy is to expand your understanding of what your duties really are—not simply to yourself or your employer, but to all your fellow human beings. Take that extra energy as a call to be of service, whether that’s through volunteering, activism, or simply being more present and available to your family and neighbors than you would be otherwise.

Your vocation is more than your career

Over the years, a lot of ink has been spilled in this magazine to make the point that your vocation is not simply whether you are single, married, or ordained and for good reason: It’s true.

However, I think that by embracing this larger vision of vocation as simply the “role God calls you to play,” many people, myself included, inadvertently fall into a different misconception: that your vocation and your career are, or should be, synonymous. Or, to put it another way, that whatever you spend most of your time doing—usually, your job—is a defining aspect of your vocation. This leads easily to a very tragic conclusion: If your job doesn’t feel meaningful or purposeful enough, then you’ve done something wrong in building up your life. You’ve followed the wrong vocation.

Remote work has gone a long way in helping me dispel this illusion, because it has distilled my work down to its essentials and stripped away all the contingent aspects of the job that might make it feel like a vocation. The work isn’t mediated by the usual company incentives, thank-yous, and congratulations that would make me feel accomplished. It’s just me and a computer. And in that space, I can genuinely ask myself: Who is this work really for? Is this all that God is calling me to do?

Perhaps the answer is yes, or perhaps it is no. And if it is no, this isn’t me telling you to quit your job, but me suggesting that you can look beyond your work to answer that call.

Remote work gives us the chance to disentangle our job from all the things that really give life meaning: community, service, vocation, and on and on. Your job can, if you so choose, become a much smaller thing, something you do to support your pursuit of greater things. This is not an opportunity available to everyone. I think it would be a great disservice to waste it.