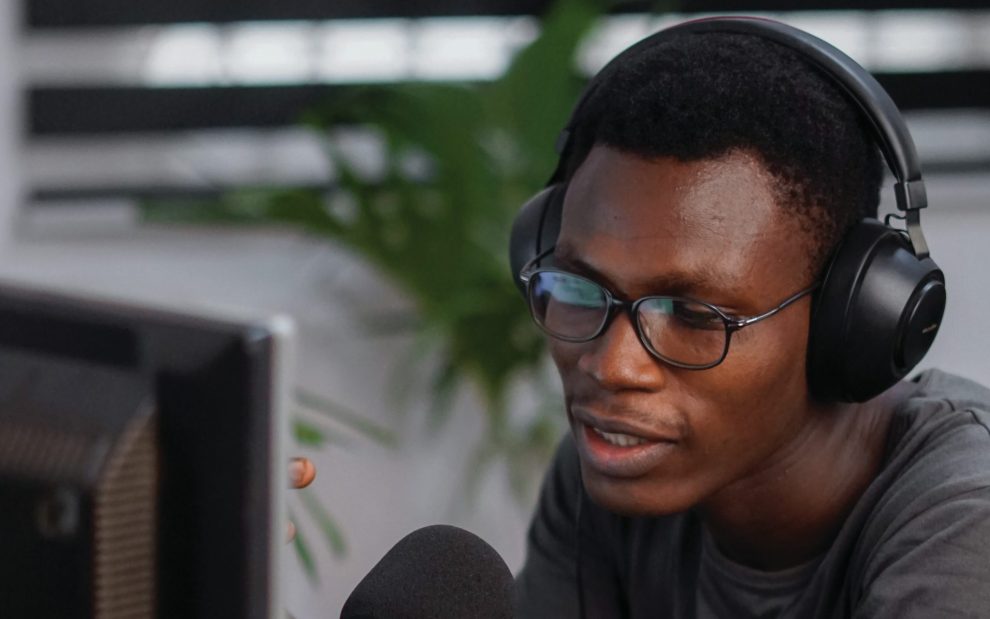 In March 2021 FutureChurch hosted a talk on women in Catholic media, hosted by Heidi Schlumpf, executive editor of the National Catholic Reporter. Schlumpf called attention to a lack of diversity in Catholic media leadership. Out of more than a dozen prominent Catholic media outlets, six have no women in editorial positions. Others heavily tilt in the direction of male leadership. At the time of the talk, only three—National Catholic Reporter, Our Sunday Visitor, and this publication, U.S. Catholic—had more women than men in leadership. Schlumpf also noted the absence of Catholics of color from these positions.

This lack of representation in leadership is not simply a symbolic problem. It has a trickle-down effect, since those in power decide who gets to write, who gets interviewed, and whose stories matter.

This is especially problematic given how diverse the Catholic populace is in the United States, where approximately 40 percent of practicing Catholics are nonwhite and where women outrank men with a ratio of 54 to 46. But to judge from the editorial slots in Catholic media, one would think Catholicism were primarily a religion of white men.

And in terms of leadership, it is. This may be one reason we are doing badly when it comes to diversity and inclusion in media. We are accustomed to seeing men, especially white men, in positions of power. Women are accustomed to being relegated to the sidelines and given no voice. For women and people of color in Catholic media, this imbalance in power is deleterious to our work. It makes it harder to tell our stories. It also limits which stories we are allowed to tell.

As a woman writing for Catholic media, I have learned to expect not only antagonism but vicious harassment when I challenge ideologies favored by right-leaning Catholics––even when my perspectives align with magisterial orthodoxy. I have been the subject of tabloid-style smear pieces from right-wing Catholic publications. The message is clear: As a woman working for Catholic institutions, I need to know my place. I have a say only if I agree to function as mythical Echo to the institutional Narcissus.

At the same time, however, writing for Catholic media provides me with wonderful opportunities to collaborate with and learn from other writers, develop my skills, and amplify the messages of many who might otherwise be unheard. This reminds me how valuable a force our media can be when those in authority lead well.

But clearly much improvement is needed. It’s not just that women and others in Catholic media are harassed when we are perceived as stepping out of line. The system itself may be set up to water down our message.

Journalist Kaya Oakes shares her experience of this, as a woman writer in religious media:

“[B]y nature, I tend to want to write about people whose experiences we don’t normally hear about, or people who have been hurt by the church, and that can sometimes mean pushing the envelope beyond where editors want to go. I’ve had pieces canceled, and sometimes edited beyond where I wanted them to be.”

Oakes also points out that Catholic organizations have an issue with tokenism, where a single woman or Black Catholic is chosen as a representative and expected to be everywhere at once. In many cases, this will be someone unlikely to challenge institutional norms. But even among more progressive media, Oakes notes, there’s a lack of imagination regarding those the editors choose to platform: “There’s . . . this sense that you can have one woman who speaks for everyone who’s a progressive Catholic, for example, and once that person has been anointed there’s no room for anyone else.”

Catholic media is not always welcoming to those who wish to address racism, as Matt Kappadakunnel discovered. Kappadakunnel now writes on Catholic social teaching, spirituality, and racial justice for numerous Catholic platforms, both progressive and traditional. But when he first began seeking publication for his essays on race issues, he experienced the kind of obstacles Oakes describes. “The amount of no responses or negative responses was certainly a wake-up call,” he says.

Unfortunately, he did not feel similarly welcome at other publications—including some progressive ones, which, he says, seem to promote diversity and inclusion but still have a homogenous writer base. “It seems the messaging is, that is the voice that matters, and anything outside of that doesn’t matter,” Kappadakunnel says. In fact, he has found more interest in engagement from some right-wing Catholic media outlets than from some progressive ones.

As Kappadakunnel sees it, if we want to call ourselves truly Catholic, “there needs to be a multicultural and diverse representation in terms of who or what is being solicited.” Publications that fail to do this will lose relevance, especially given the increasing “browning” of Catholicism in the United States. And it’s not enough simply to platform higher-profile Catholics of color. There needs to be more diversity “in terms of who the writers are,” he says.

Part of the problem is insufficient active recruitment of writers outside very narrow parameters. MT Dávila, an academic and a writer on immigration, racial justice, and Catholic social teaching, shares ideas on how to correct this.

“They need to stop letting white writers write about the Black church,” Dávila says. When a publication wants a story specific to the concerns of the Black community, they should find a Black writer to tell it. Dávila suggests that editors look beyond the clerical and academic elite and seek spokespeople from diocesan staff in diverse communities. “What kind of privileged forum is this, of Catholic media, where people have to have doctorates to have the stage or be part of religious life?” she asks. “These are people who have their finger on the pulse of Latina life in the United States, and they need to be heard.”

Especially given the church’s focus on synodality under Pope Francis, Catholic media should actively seek out women and people of color to ensure broader, more accurate representation. In his message for the 2021 World Communications Day, Pope Francis spoke of the vocation of journalism as calling for an “ability to go where no one else thinks of going: a readiness to set out and a desire to see.” Catholic media cannot fulfill this vocation unless it amplifies voices across the broad spectrum of Catholic experiences, engages difficult questions, and reports on stories no one else will tell.

So, how can Catholic media do better?

To judge from the numbers, as well as from the experiences of women and people of color in Catholic media, we have work to do. This work will not only make us better journalists, but it will also help us fulfill our gospel mission. As Kappadakunnel puts it, “It’s a ministry, a work dear to the glorification of God.”

TagsRacial Justice Women in the church

Who picks the holy days of obligation?