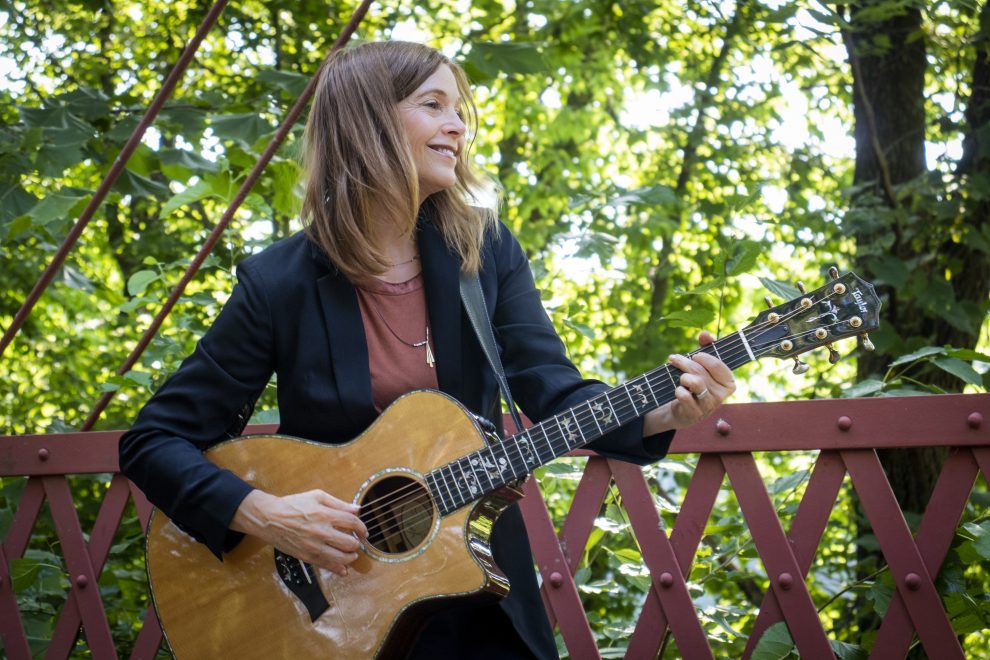 Carrie Newcomer’s latest album, Until Now, comes at just the right time, as many of us feel divided, drained of hope, and fearful the pandemic will never end. Enter “A Long Way Up,” the album’s first single, which refers to the pandemic as the “great unraveling.” Sings Newcomer: “Here in the great unraveling/So much of this is baffling/When breathing feels like gambling/Nowhere to go but here.” The pairing of Newcomer’s melodious voice with the realities of an unmelodious world could cause cognitive dissonance, but instead it allows the listener to safely hold both and look closely at the discord dividing us.

Newcomer forecasts the future that lays ahead of us in a previous album with “Sanctuary,” a song that at once serves as a list of hurts and a balm to heal them. “In a state of true believers,” she sings, “On streets called us and them/It’s gonna take some time/’Til the world feels safe again.” We are several years into this period of historic disruption when the world does not feel safe for us or them. Artists like Newcomer are scrambling to find ways to reflect our new normal back to us and shape it with meaning. In Until Now, she gingerly examines our festering wounds and pours the ointment of hope on them.

In “Like Molly Brown,” a song that is sure to be the album’s biggest hit, Newcomer’s voice exemplifies the resilience of folk ballad standards. The song argues for a hope that comes from embracing the dirt we are all rooted in. The only way out is to “rest and pull, pull and try/Keep asking why/’Til we all meet on the other side.” None of us knows when we will get to the other side, but at least now, Newcomer’s mystic voice makes me feel that not only is an end possible, but a new beginning might be just around the corner.