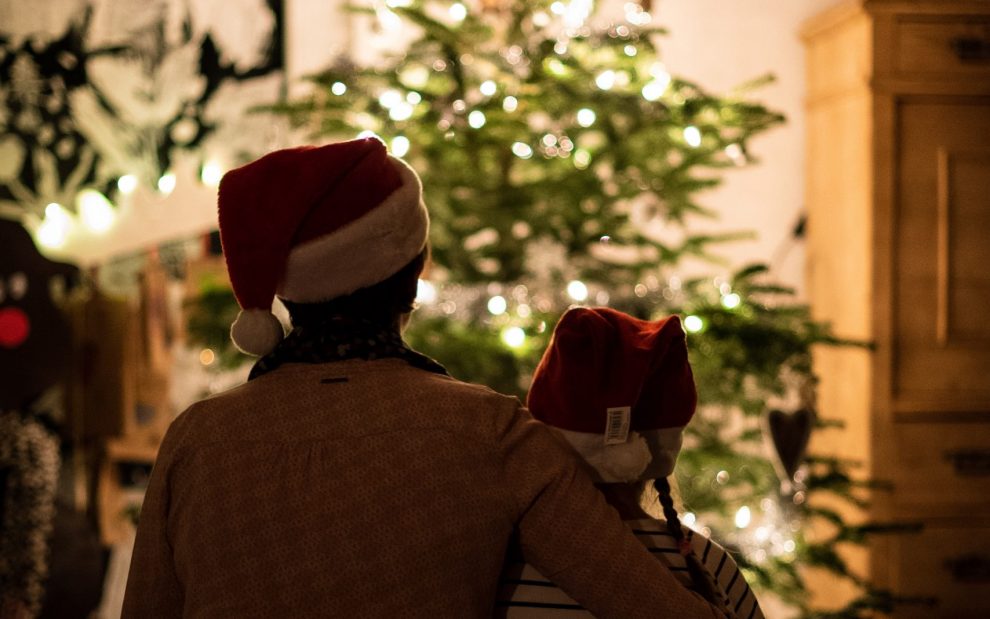 One of the most popular holiday pastimes among U.S. Christians is hand-wringing about whether we’ve all forgotten that Christmas is a celebration of Christ. It’s difficult to make it through the last three months of the year without hearing someone say that in some way or another we’ve neglected the reason for the season.

We surveyed more than 100 U.S. Catholic readers about this topic, and the consensus is that these concerns are not unfounded: Approximately 65 percent agree. However, the survey results also indicate that these Christmas anxieties might be somewhat overblown, as 73 percent of readers say they do not struggle to keep faith central during the Christmas season, and 76 percent find it easy to balance the secular and religious aspects of the holidays.

The concerns readers have about contemporary American Christmas culture are varied, but they coalesce around three broad, intertwined issues: secularism, consumerism, and injustice.

But in the face of these concerns, U.S. Catholic readers are also quick to supply numerous strategies and practices that serve as antidotes to each of these three societal ills.

Perhaps there is a bit of selection bias coming into play here—this survey was given to readers of a Catholic magazine, after all—but of those three main problems facing Christmas, secularism got the least attention. As noted before, a majority of respondents say they don’t have much difficulty balancing the secular and religious aspects of the holidays. Many readers celebrate at least one secular tradition, such as including Santa Claus in the holidays, while almost every reader surveyed (94 percent) celebrates the entire season of Christmas—all the way to Epiphany—not just Christmas Day.

Despite this seeming balance, many readers point out the persistent lack of Jesus during the holiday season. “I love twinkling lights and the whole idea of Santa and can balance it with Jesus Christ’s incarnation,” says Kristen Rivera of Charlotte, North Carolina. “However, I cannot stand the Hallmark and Lifetime movie trend that never mentions any faith, religion, or sometimes even Santa—just romantic love and sexist stereotypes.”

Readers offer numerous tips for those who do struggle to keep faith central during the holidays. Some suggest spending more time alone in prayer or reading scripture, while others say they try to make sure their gifts, cards, and decorations all include some religious themes. But one of the most common answers is more all-encompassing: Be sure to celebrate Advent.

“I believe that if we lived out the Advent season as it is meant to be (along with a reasonable nod to secular custom) then Christmas would become a God- and family-centered celebration, bringing peace and harmony,” says Marlene Winter-Johnson of Garden, Michigan.

Diane Kruse of Southlake, Texas shares the sentiment. “My appreciation of Christmas has been greatly enhanced by my putting great emphasis on the Advent season in recent years,” says Kruse. “Advent practices slow one down to concentrate on things that are important about Christmas and minimize hustle and bustle that bring stress and anxiety.”

While secularism got comparatively little attention from our survey respondents, consumerism was by far the biggest gripe, with 87 percent of readers listing it as a problem. According to Susie Lopez of Pasadena, California, “Christmas has become more about the gifts than the people they’re given to.”

Although most respondents are wary of creeping consumerism, 75 percent say that giving and receiving gifts is an important part of celebrating Christmas. These two impulses may seem to be at odds with each other, but U.S. Catholic readers suggest numerous ways to get into the giving spirit without falling victim to materialistic excess.

Some suggest skipping the shopping and opting instead for something handmade: “I like to make small, handmade gifts, like bookmarks and family collages,” says Rita Reichert of Cincinnati, Ohio. Janet DeMerchant of Shelby Township, Michigan suggests foregoing material objects entirely: “Family experiences like baking cookies, playing games, or going to an event are all great nonmaterialist gifts,” she says.

The most popular suggestion, however, is to give charitable donations in their loved ones’ names. “We need to reimagine our wealth as a gift to give away,” says Deacon Dan Simmet of Wheaton, Illinois.

Of the U.S. Catholic readers surveyed, 75 percent say that they read the nativity story as a call to work for justice. Joseph Pecorella of Tuckahoe, New York says that he is part of a liturgical drama company that works to spread this very message: “We have a Christmas drama in which we show Mary and Joseph as marginalized nonpersons who eventually become refugees. No sentimentalism there,” he says.

In addition to giving to charitable causes in lieu of giving material gifts, readers have many other tangible suggestions for working for justice during the holiday season. Some are simple, such as shoveling a neighbor’s driveway, as Valerie Werzyn of Centennial, Colorado suggests, or handing out food in poor neighborhoods, as Vincent Corcoran of Los Angeles, California suggests. Others are a bit more involved: Kruse says that she invites a needy family into her home to make sure they can celebrate Christmas in safety and comfort.

Whatever their individual Christmas woes, the readers we surveyed almost all agree on one thing: To have a merrier Christmas, live out the gospel. Whether by celebrating the liturgy, helping those in need, or simply trying to live a humbler life, we can all work in our own ways to shape this season with the life of Christ, whose birth we celebrate on Christmas Day. As Margot VanEtten of Rochester, New York puts it, the spirit of Christmas is the “love of God breaking into our human experience, bringing light into our darkness.”