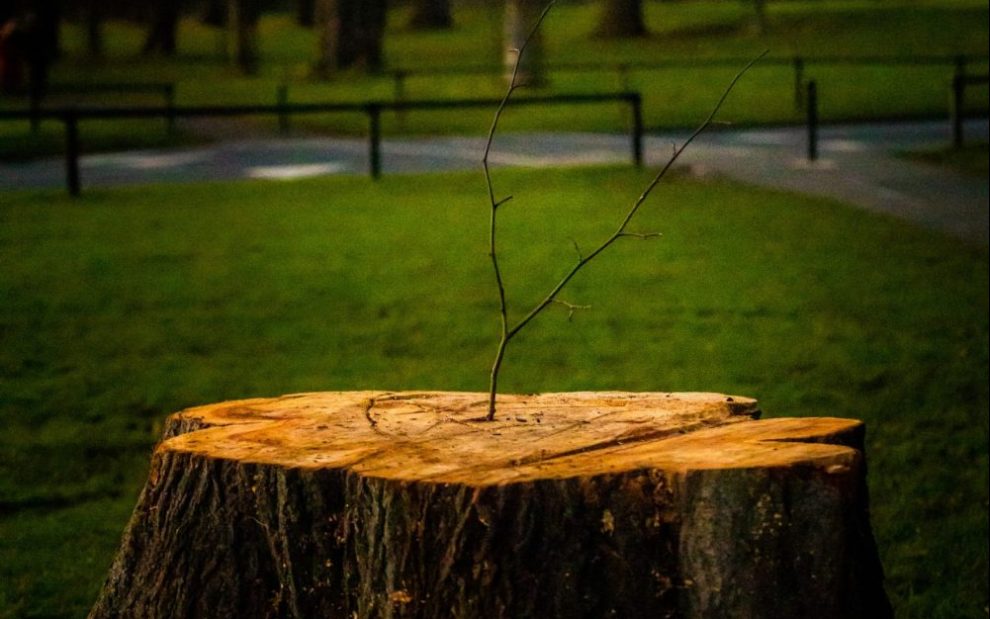 Almost twenty years ago my family moved to the country. We had outgrown our small fixer-upper in the city, and as I had the option to work from home, we relocated to a rural community just beyond the suburbs.

Our new house was much bigger, and our backyard bordered a wooded area with a beautiful wall of trees. It was perfect. Well, almost perfect. There was one spindly, scraggly tree jutting out in front of all the others. A blemish in an otherwise perfect scene.

The tree was skinny and almost completely bare, with only a few tufts of leaves at the very top. It grew at an angle of about 45 degrees. My kids referred to it as the Dr. Suess Tree, as it looked like an illustration in Green Eggs and Ham (Random House).

A few years after moving in, a development company came one day with bulldozers and other heavy equipment. They cut down all of the trees behind our yard to dig a retention pond for a new subdivision. It was devastating. The only tree left was the Dr. Suess Tree, which I felt added insult to injury as it only exacerbated the appearance of a barren wasteland.

We resolved to plant new trees. Before I began, I rented a chainsaw and cut down the Dr. Suess Tree, leaving just a little stump. That summer we planted many trees and bushes, attempting to re-create our little “Garden of Eden” on a tabula rasa. In the course of our yardwork, our kids found a small hatchet one day and practiced using it on the stump of the tree I’d felled. They made a hundred little cuts into the stump.

The following spring, new sprouts began growing out of the cuts in the stump, rapidly ascending and filling the open space with life. We were amazed. Within three years it was a tall robust tree with nine sturdy trunks diverging from what once had been the stump. Lovely foliage and wildflowers had replaced the wooded area that had been cleared behind our yard, and many varieties of North American birds began settling in. In the center of this new ecosystem was the tree, which I began calling the Miracle Tree.

Now, many years later, the Miracle Tree stands tall and is the centerpiece of the natural garden behind our home.

It also stands as a reminder that as much as I feel the need to control the world around me, God has a plan for the world, and God’s work always exceeds my imagination and ability.

John Blais is the publisher of U.S. Catholic and the executive director of the St. Jude League.