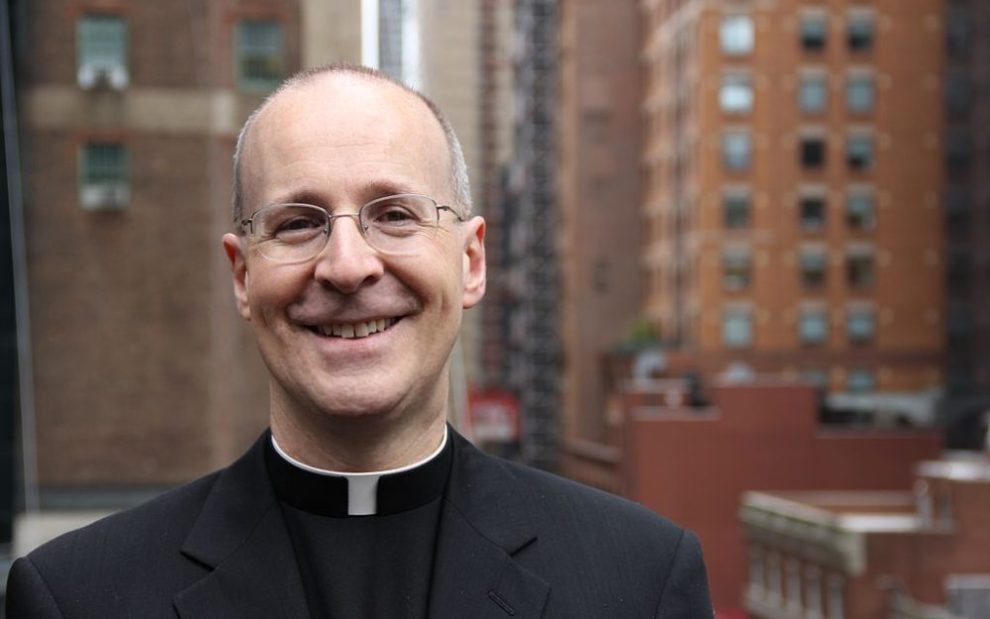 According to the Catechism of the Catholic Church, LGBTQ Catholics “must be accepted with respect, compassion, and dignity.” The documentary Building a Bridge shows Jesuit Father James Martin’s journey as he strives to remind his fellow Catholics, gay and straight, of this fundamental teaching. Martin was moved to this outreach after the 2016 Pulse nightclub murders in Orlando. He noticed that the U.S. Catholic bishops, who usually make statements offering prayers and comfort for other victims of mass violence, were silent in the face of horrific violence against LGBTQ people. This silence, in Martin’s estimation, was a betrayal of the church’s own teaching.

He wrote a book, also titled Building a Bridge, explaining that LGBTQ Catholics are welcome in the church. He spoke on the topic at colleges, as a guest speaker at parish functions, and at the 2018 World Meeting of Families in Dublin. The documentary shows Martin meeting with Catholic youth tearfully explaining that they are still praying on how to come out to their parents. He speaks with parents struggling to reconcile their love for their LGBTQ kids with their love for a church that frequently lets their kids down.

The most surprising thing about the documentary is that it shows Martin’s ability to admit when he’s wrong. He owns up to his clerical privilege and honestly reflects upon criticism from LGBTQ Catholics about his work. Martin is also savvy enough to discern that not all criticism is created equal. When his mission of compassion faces nasty online attacks, he heeds Jesus’ words from the Gospel of Matthew, to “shake the dust from your feet” and move on. At the next parish, college, or conference, there is someone who desperately needs to hear what Martin has to say.