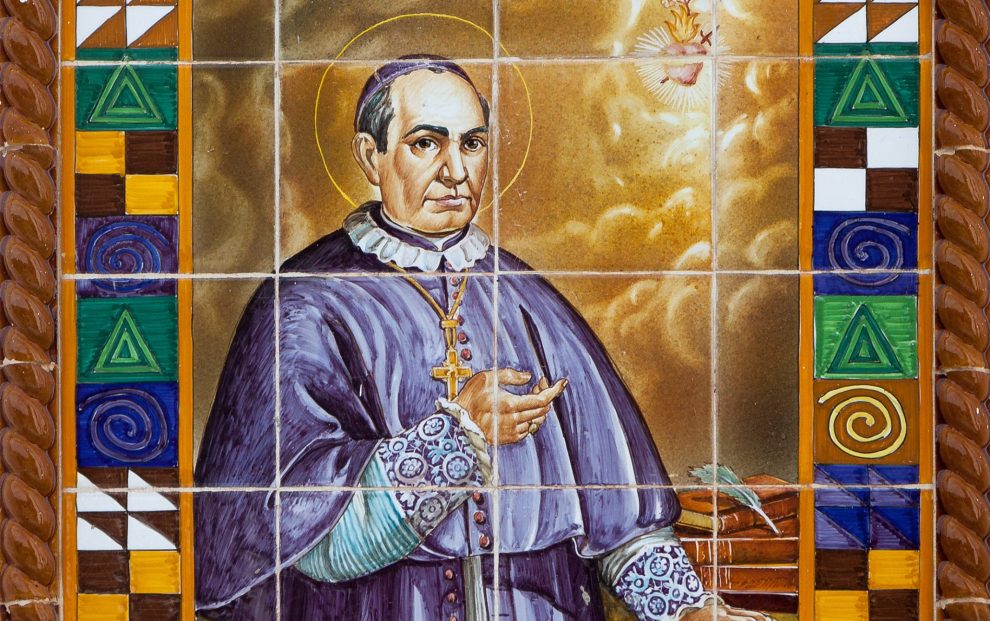 On October 24 the church remembers the life and ministry of St. Anthony Mary Claret. He was a popular missionary, writer, publisher, archbishop, and reluctant confessor to the Queen of Spain in the 19th century. He has been called the “modern apostle of the good press” because of his many writings and publications. He was also the founder of the Congregation of Missionary Sons of the Immaculate Heart of Mary, also known as the Claretian Missionaries, and the inspiration for a number of religious orders of women, as well as a movement of lay Claretians.

This annual feast in the church reminds us of St. Anthony Claret’s contribution to spreading the gospel and of a man who models for us what it means to be a person on fire with God’s love who uses all means possible to make known a gospel of love and compassion.

At St. Anthony Claret’s canonization in 1950, Pope Pius XII expressed his admiration for the saint to a group of pilgrims in Rome:

A great soul, born to bring together contrasts: he could be humble in origin and glorious in the eyes of the world; small in body, but gigantic in spirit; modest in appearance, but able to command respect even from the great of the earth; strong in character, but with the calm gentleness of one who knows the restraint of austerity and penance; always in the presence of God, even amid his prodigious external activity; slandered and admired, celebrated and persecuted. And among so many marvels, like a soft light that illuminates everything, his devotion to the Mother of God.

St. Anthony Claret had to contend with social unrest, a cholera epidemic, earthquakes, political animosities, and international intrigue. Yet, through it all, he stayed true to himself, his God, and his church. In exile, he died in France, persecuted by his enemies and surrounded by friends and members of his congregation.

I give thanks for the exemplary life of the Claretians’ founder. I feel fortunate and challenged to follow ever more carefully the missionary path of St. Anthony Mary Claret. May the Blessed Virgin Mary accompany us as she did him.

Claretian Father Rosendo Urrabazo is the provincial superior of the USA Province of the Claretian Missionaries.