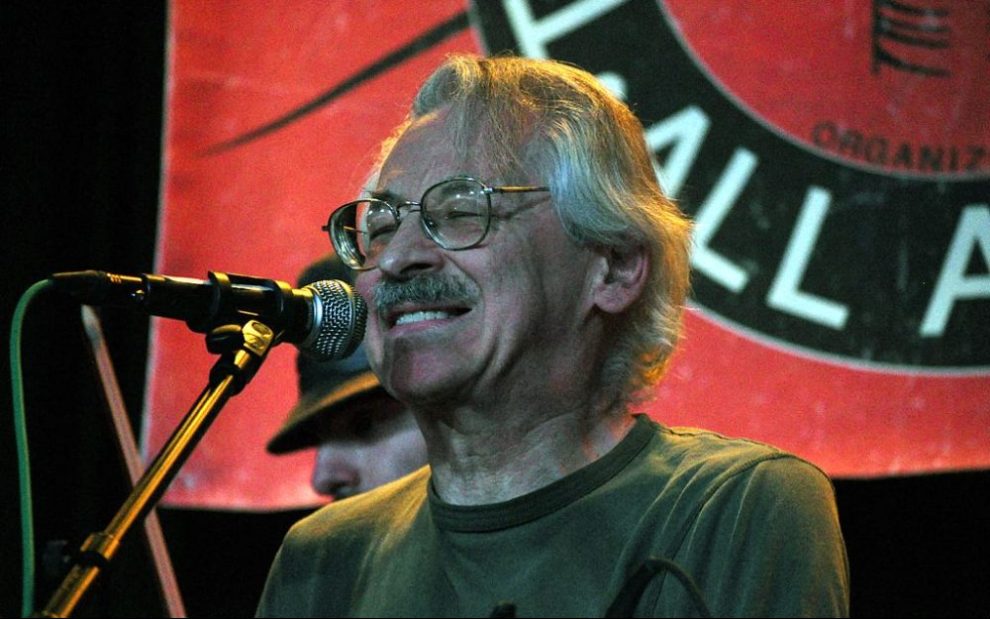 In 2001 folk musician Peter Stampfel set out to select one song for each year of the 20th century and record it with the goal of creating a 100-song album. The songs he selected were not necessarily the ones he thought most culturally significant or most popular but ones he loved. Then, as he was roughly 75 percent finished with this huge endeavor he was diagnosed with dysphonia and lost the use of his vocal cords. He had to relearn how to speak and sing with a much-weakened voice. But he did it and completed the album.

Twenty years in the making, Peter Stampfel’s 20th Century in 100 Songs is a monumental accomplishment, at turns beautiful and ridiculously funny. Stampfel exudes creative abandon and enthusiasm in every song, even when his voice is a whisper. He jangles his banjo, whistles, and even improvises vocal solos when the instrumentation seems too elaborate for his sensibilities. At times it almost seems like a comedy record.

Get past the silliness and eccentricities, however, and something more begins to happen. You begin to ponder the passage of time in all of its fascinating nuances. We hear the cultural shifts unfold, from sentimental sweet songs of youth, new dance crazes, and novelties, to poignant social critiques. It’s helpful to keep track of the historical context as the songs unfold. A song like “Home” from 1930 sounds sentimental and simple until you recall the country had recently entered into the Great Depression.

Elsewhere, hearing a song out of context can be delightful. Hearing an 80-year-old man who lost his voice muster whatever sound he can to sing Chumbawamba’s “Tubthumping” with its anthemic refrain, “I get knocked down, but I get up again,” is an unexpected revelation. The album, the songs, and Stampfel are a wonderful testament to the human spirit.